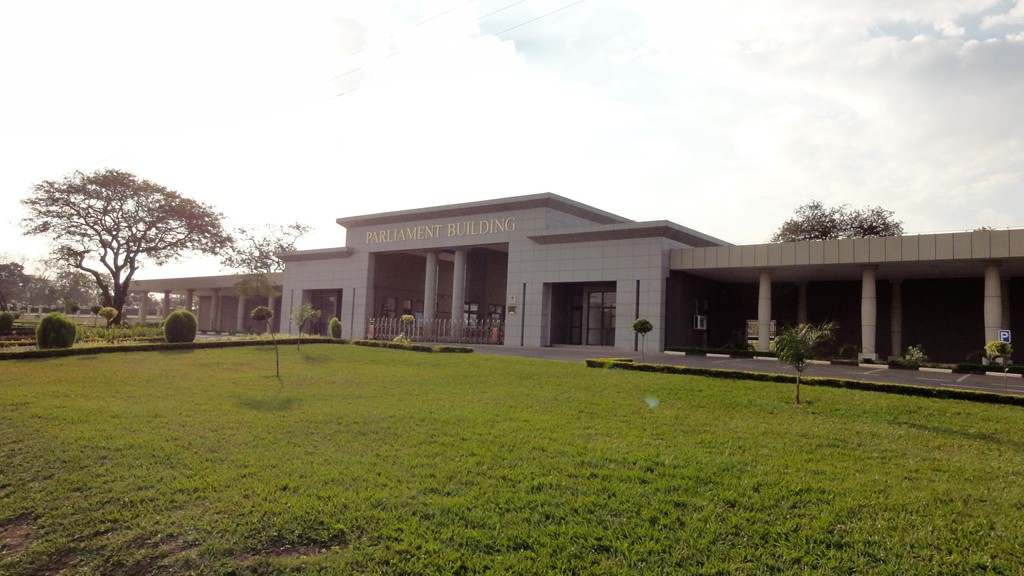 CPA UK have a significant and well established relationship with the Parliament of Malawi, and have a long history of working with Members, Parliamentary officials and Parliamentary staff. At the request of the National Assembly, programmes have been designed to assist Members in fulfilling their legislative, oversight and representative roles.

In July 2018, CPA UK was awarded a grant under the Commonwealth Partnership for Democracy Fund, monitored by Foreign and Commonwealth Office (FCO) and implemented by Westminster Foundation for Democracy (WFD), to provide the members and staff of the Parliament of Malawi with technical and capacity building support to deliver their responsibilities efficiently and effectively.

This project worked with the Parliament of Malawi through a period of transition. It built on significant work by a number of stakeholders including CPA UK, CPA Scotland, the UK Parliamentary Office for Science and Technology (POST), AFIDEP and others to strengthen the capacity of the parliament, particularly around research and evidence-based policy making

CPA UK delivered the project through a series of workshops, short-term attachments, and study visits. It incorporated learning from past activities both in-country and across the Commonwealth into activities to ensure sustainable, continuous improvement and maximise impact by embedding synergies between the roles of Members as scrutineers, legislators and representatives. CPA UK also partnered with the Parliament of Scotland (CPA Scotland), which has historic ties and a long-term strategic relationship with the Parliament of Malawi.

In the run-up to the 2019 elections CPA UK provided support and capacity building to parliamentary staff with a focus on committee clerks and staff from the legislative team. This training supported staff to prepare for the new parliament, apply learning to their processes, and enable the parliament to undertake the CPA Benchmark self-assessment.  In year 2, following the election, the project provided support to new members of parliament through a comprehensive induction programme, with particular emphasis on women and young parliamentarians. Building on year 1 activities the project continued to provide technical support through strengthening of committees and enhancing legislative scrutiny.

In the Malawian Parliament, considerable work is undertaken through committees and by strengthening such committees CPA UK supports the enhancement of accountability processes. In tandem to this approach a strong and effective legislative scrutiny function further supports an effective and accountable Parliament.

CPA UK organised a programme on Strengthening Committee Scrutiny in partnership with the Scottish Parliament for a project funded by the Commonwealth Partnership for Democracy (CP4D).

Building on the Post-Election Seminar delivered in August 2019, the programme focused on the strengthening of committees and enhancing legislative scrutiny through developing the technical skills of committee members and officials. In addition to meetings and discussions with MPs and clerks and observing committee and chamber proceedings in the Houses of Parliament, the delegation, representing ten of Malawi’s parliamentary committees, attended the CP4D Inclusive Politics Conference and observed First Minister’s Questions in the Scottish Parliament. Further details are available here, or read the full report here.

CPA UK delivered a three-day workshop for 40 newly-elected parliamentarians at the Parliament of Malawi, in partnership with the Parliament of Scotland and Parliament of Malawi. The Seminar engaged parliamentarians in a broad range of topics including building positive relationships with MPs and Clerks, engaging with external stakeholders, public speaking, legislative scrutiny and best practice in the Chamber. The final day of the programme focused on Select Committees.

The programme was part of the continuing Commonwealth Partnership for Democracy (CP4D) project funded by the UK Government. The workshop forms part of a two-year project that aims to build the capacity of the Parliament of Malawi, as the country goes through a period of transition.

Read more about the programme here.

Pre-Election Training Programme for Clerks and Officials in Malawi, 19 – 21 March 2019

In partnership with the Parliament of Malawi, CPA UK conducted a three-day training workshop for parliamentary staff and officials in Lilongwe, Malawi. The workshop focused on strengthening capacity and skills to prepare for the upcoming parliamentary elections in May 2019, in particular focusing on training and skills-building for new members following the election.

The programme was part of the continuing Commonwealth Partnership for Democracy (CP4D) project funded by the UK Government. The workshop forms part of a two-year project that aims to build the capacity of the Parliament of Malawi, as the country goes through a period of transition.

CPA UK in partnership with the Parliament of Malawi conducted a three-day training workshop for parliamentary staff and officials in Malawi. The programme was part of the Commonwealth Partnership for Democracy (CP4D) project funded by the UK Government.

The workshop forms part of a two-year project that aims to build the capacity of the Parliament of Malawi, as the country goes through a period of transition. The first phase of the project is focused on equipping parliamentary clerks and staff with the necessary skills and best practices to enable them to effectively discharge their legislative and committee functions.

Read more about this workshop here and CP4D here.

As part of the Modern Slavery Project, a delegation of UK and Nigerian parliamentarians involved in combatting modern slavery-related crimes in their own jurisdiction visited Malawi to exchange learning and explore challenges and opportunities in the region.

UK MP Alex Norris was joined by Nigerian MPs Hon. Samuel Okon Ikon MNA and Hon. Ibrahim Isiaka MNA for the two-day programme from 8-9 June. During that time, they met with the Speaker of the Malawi Parliament, Hon. Richard Msowoya; held open discussions and sessions with Malawi MPs; and visited a local police victim support unit and an NGO working with victims of modern slavery and human trafficking.