Workshop participants in front of the National Assembly, Banjul 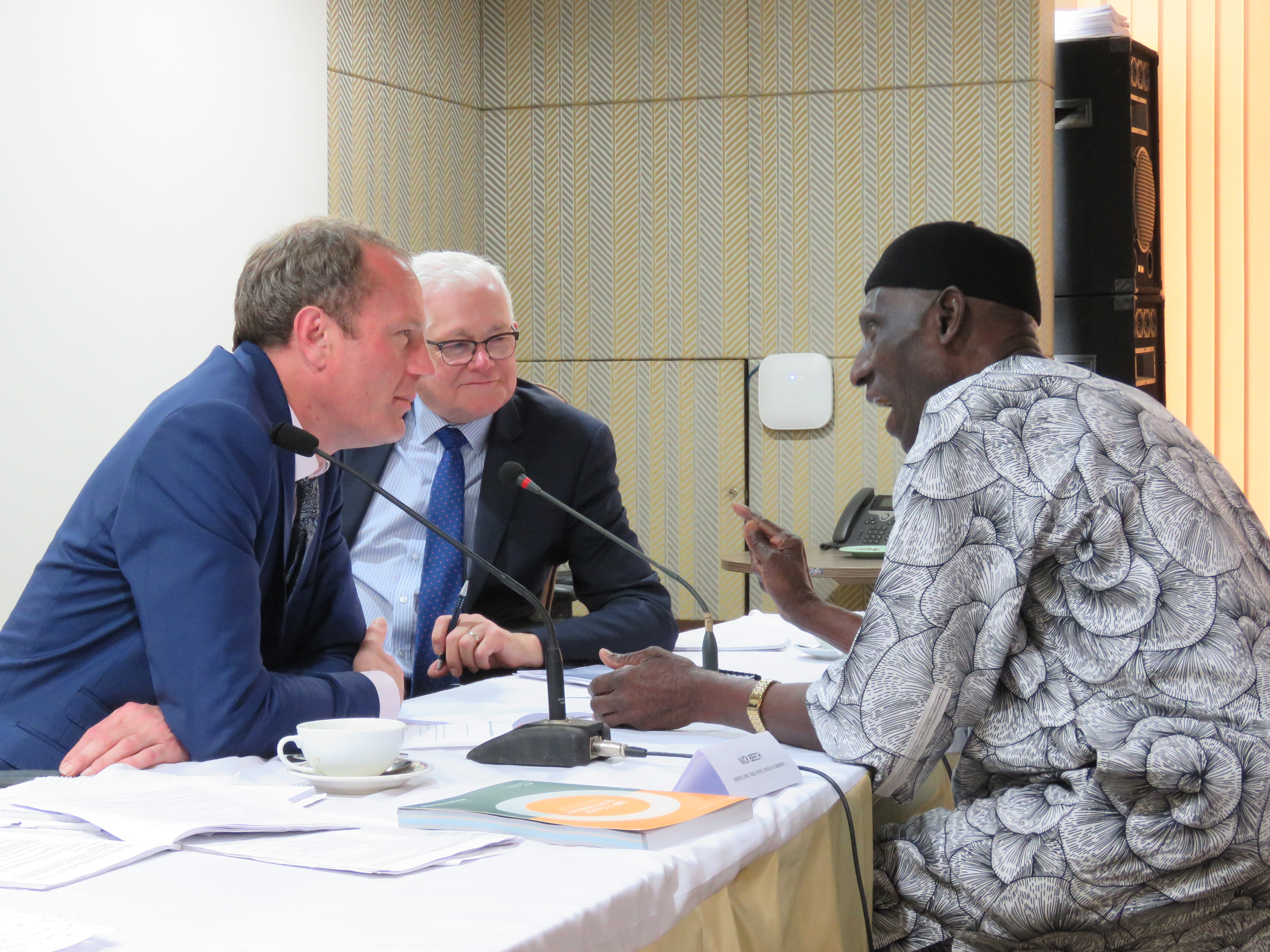 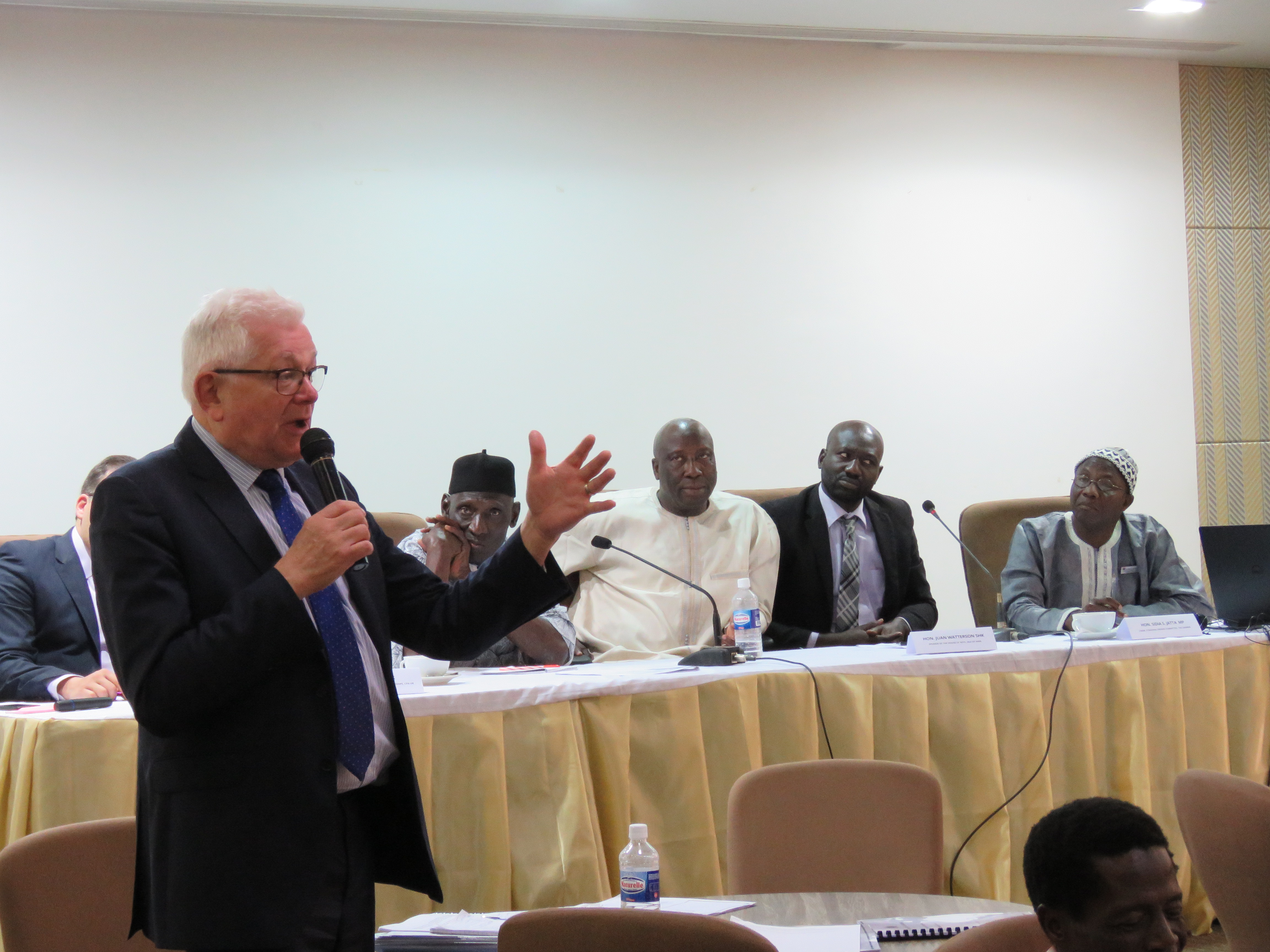 The Lord German OBE contributes to a workshop session 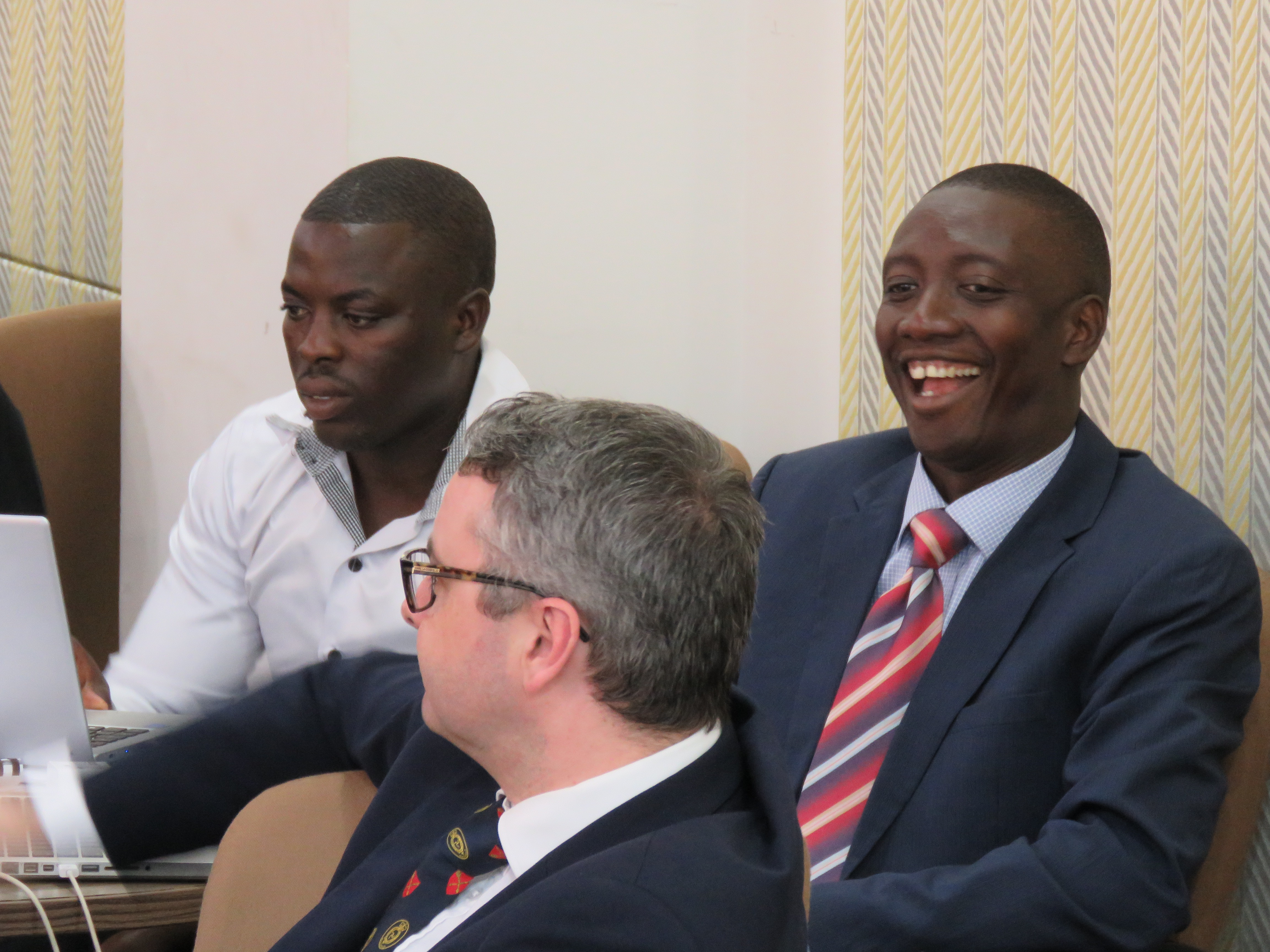 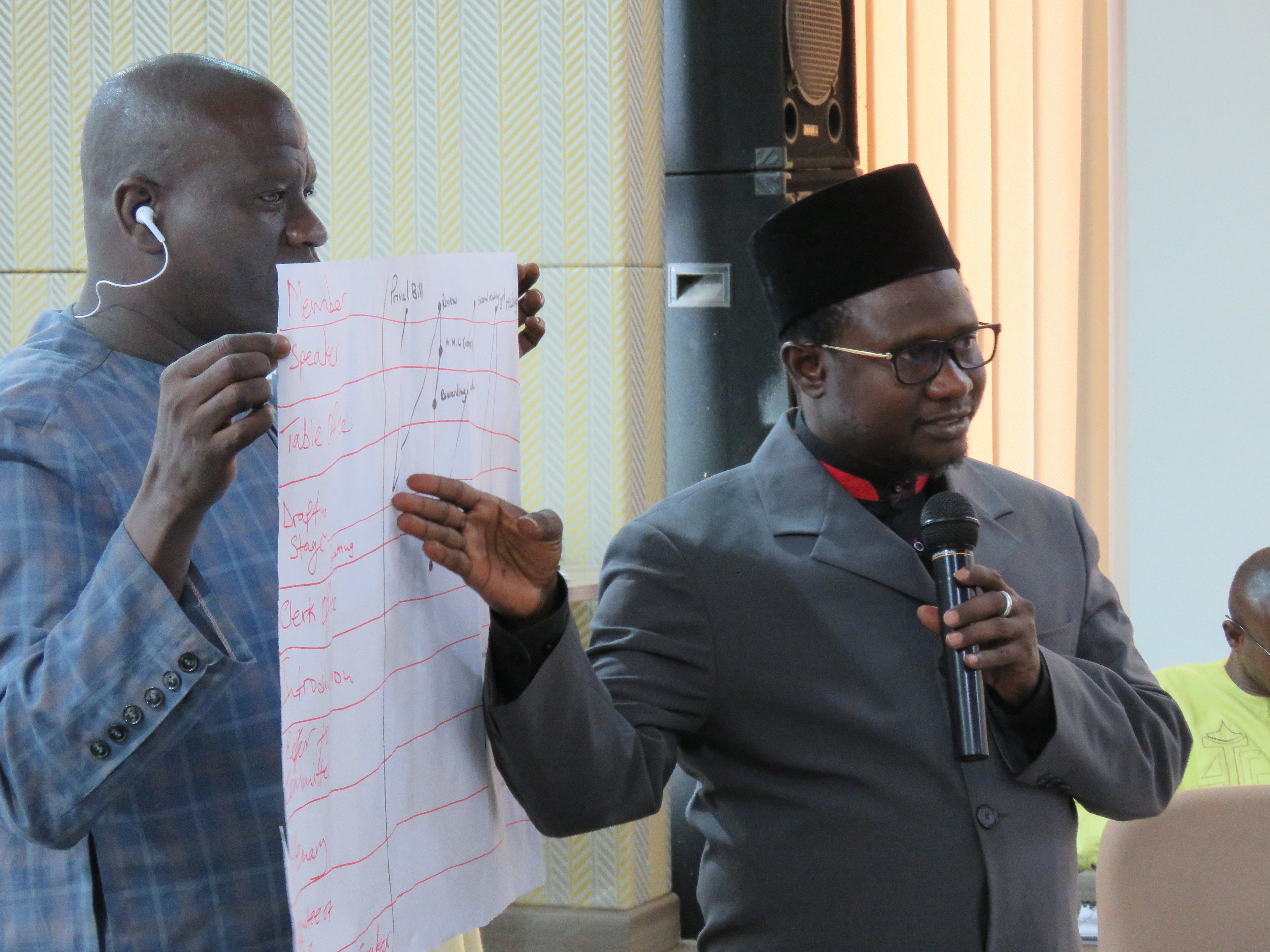 Participants present the steps of the legislative process 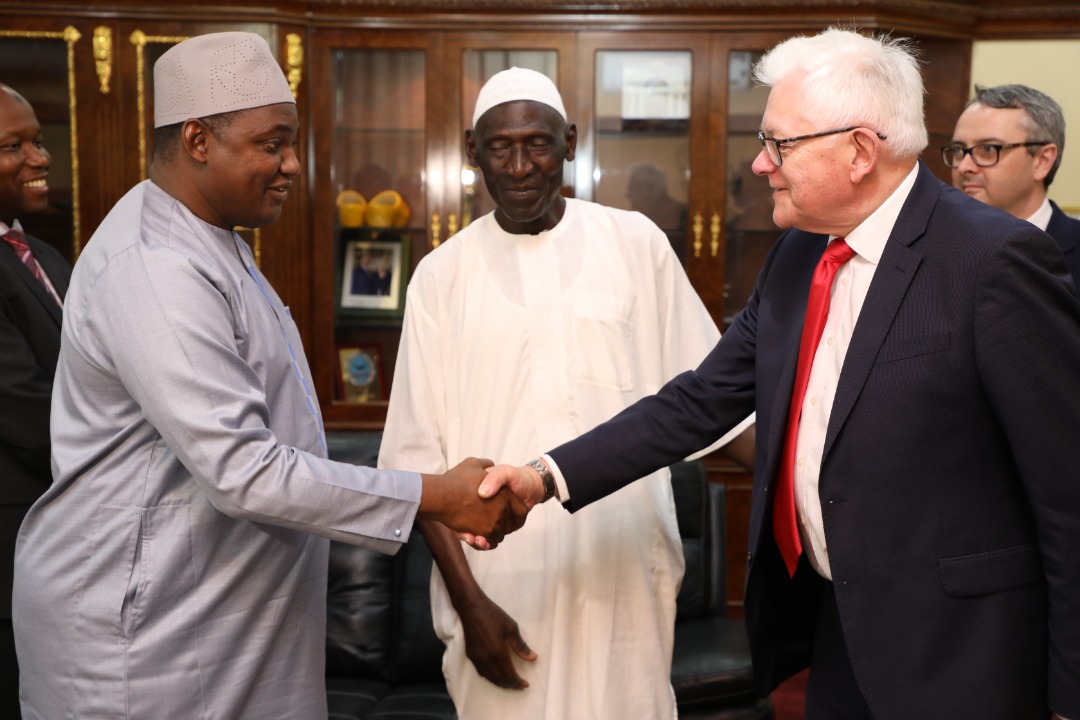 From 8-11 April 2019, Members, clerks and officials of the National Assembly of the Gambia participated in a workshop on the implementation of revised Standing Orders facilitated by CPA UK and the National Assembly. The workshop focused on the role and legal framework of Standing Orders, rules and procedure within the Chamber and committees, the overall management of Assembly business, as well as resources and guidance to support parliamentarians and officials in updating their processes. The delegation, led by the Lord German OBE and including Hon. Juan Watterson SHK and Nick Beech, collaborated with National Assembly Members (NAMs) in leading topical sessions with additional context and expertise provided by Hon. Sidia Jatta, National Assembly Member for Wuli West and Chair of the Standing Orders Committee.

Kalipha Mbye, Director of Hansard and the Table Office, summarised key changes introduced in the revised Standing Orders. Many, such as the endorsement of authoritative Speaker’s rulings, early availability of order papers, and electronic voting in the Chamber, will directly affect the daily work of NAMs. One of the most challenging changes concerned the legislative process: With bills previously passed in the National Assembly within one day, the new Standing Orders prescribe a nine-day process to facilitate thorough pre-legislative scrutiny. Workshop participants completed a process mapping exercise to clarify each step and stakeholder involved. Other activities included assessing admissible or inadmissible amendments, drafting an order paper as a Member of the Business Committee, and identifying different types of parliamentary questions. In feedback to CPA UK staff, NAMs and officials found the programme useful in resolving areas of uncertainty and testing the practical implementation of the new guidelines. Outcomes of the discussions will also inform further changes to the Standing Orders which are expected to be adopted by the National Assembly later in 2019.

The full report on the workshop is available here.

Work of the Constitutional Review Commission

The delegation was delighted to meet Commissioners Amie Joof Cole and Jankuba Manjang along with other staff members of the Constitutional Review Commission (CRC) to learn more about the Commission’s work and achievements. With an extendable 18-month mandate to draft an entirely new constitution, Commissioners and staff launched an extensive public consultation to garner the views of Gambians across the country. An initial draft based on the public consultation and stakeholder submissions is expected in July 2019, followed by a final version at the end of the year. The constitutional review was of particular interest to workshop participants as substantial parts of both current and new Standing Orders refer to the Constitution, significantly impacting parliamentary procedure. The National Assembly and some political parties submitted their priority issues to the CRC, including introducing presidential term limits and recall procedures for NAMs, balancing powers of the executive and legislative, and improving women’s representation.