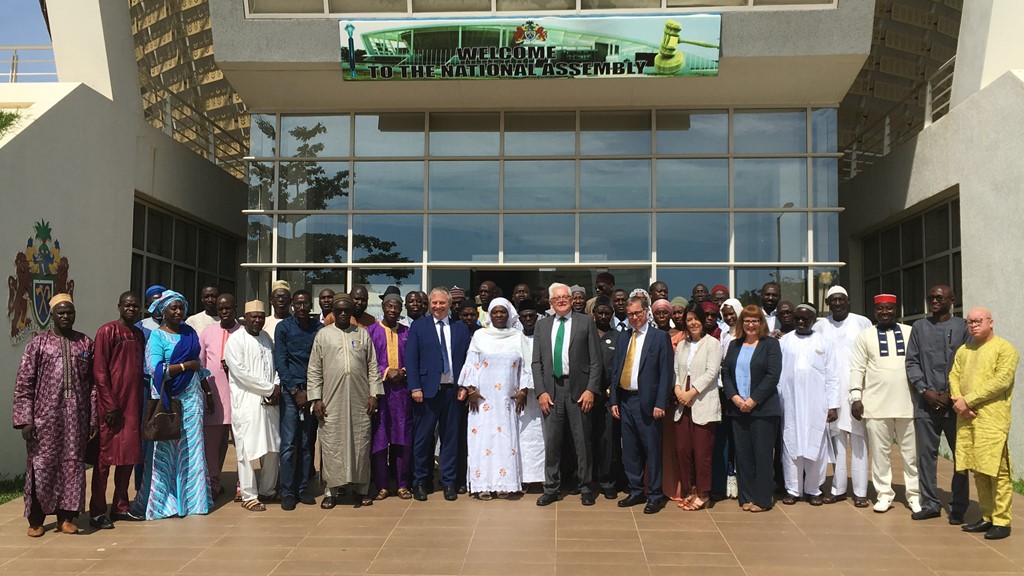 Workshop participants and speakers including Hon. Speaker Mariam Jack-Denton MNA at the National Assembly of the Gambia

From 30 September to 2 October 2019 CPA UK, in collaboration with the National Assembly of the Gambia, delivered a workshop on legislative scrutiny for National Assembly Members (NAMs) and parliamentary staff in Banjul. Over the course of three days participants explored new procedures for legislative scrutiny, the roles and responsibilities of different stakeholders in this process, and effective methods for public consultation and engagement. The full report on the workshop is available here.

The National Assembly of the Gambia, with support from CPA UK, undertook a major review of its Standing Orders from August 2018 until new Standing Orders were passed in September 2019. Key changes to the legislative process included, for example, a nine-day committee stage for detailed scrutiny, where previously bills would usually be considered and voted on by the Assembly within one day.

In preparation of implementing the new procedures, delegates participated in panel sessions, group discussions, and interactive activities addressing each stage of the legislative scrutiny process over the course of the workshop. A committee exercise offered participants an opportunity to implement their learning by scrutinising a bill enacted by the Scottish Parliament in 2018. After drafting questions and questioning two witnesses in a simulated public hearing, participants engaged in line-by-line scrutiny in small groups and drafted amendments.

One of the thematic focal points included gender-sensitive scrutiny which ensures legislators consider the different impacts a bill may have on men, women, and members of the LGBTQ community. A roundtable discussion on this topic uncovered a range of views and broad support for protecting minorities through legislation and other means. After the conclusion of the workshop participants felt more confident and better prepared to scrutinise legislation in accordance with the new Standing Orders.

With support from the British High Commission in Banjul, the CPA UK delegation also met with the Truth, Reconciliation and Reparations Commission (TRRC), the Medical Research Council Unit The Gambia (MRCG), and the United Nations Population Fund in the Gambia (UNFPA) to learn about their work, recent milestones, and current challenges.

The legislative scrutiny workshop forms part of a two-year programme of technical parliamentary assistance signed by the Speaker of the National Assembly, Hon. Mariam Jack-Denton, the Rt Hon. John Bercow MP, Speaker of the House of Commons and Co-President of the Commonwealth Parliamentary Association UK (CPA UK), and Sir Henry Bellingham MP, Chair of the Board of the Westminster Foundation for Democracy (WFD), on 18 January 2018.

Previous CPA UK activities within this programme include a workshop focused on implementing the new Standing Orders in April 2019 during which participants highlighted the legislative process as a priority issue. In addition to the two workshops, CPA UK previously arranged for two clerks from the Northern Ireland Assembly (NIA) to support Members and clerks of the Gambian National Assembly in reviewing the previous Standing Orders in August 2018. Other recent engagements include an induction programme for new NAMs in Banjul in September 2017, an evaluation and parliamentary staff training programme in May 2018, and study visits to the National Assembly for Wales and the UK Parliament for researchers and Table Office Clerks in January and July 2019 respectively.

The full report on the Legislative Scrutiny Workshop is available here. Further details and reports on CPA UK activities in the Gambia are available here. 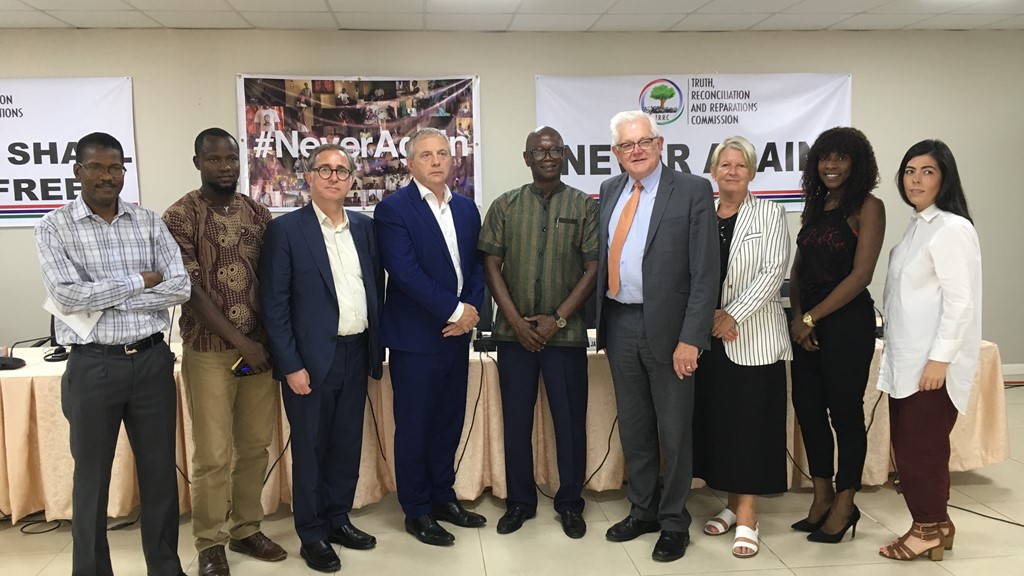 The delegation learned about the work of the Truth, Reconciliation and Reparations Commission