Over the course of three days, the delegates met with UK MPs, clerks and officials from the Scrutiny Unit to discuss a wide range of issues pertaining legislative scrutiny. The delegates were particularly surprised to learn that in the UK, bills are routinely referred to a smaller public bill committee for effective scrutiny as opposed to Namibia where bills are discussed in the committee of whole House and sent to a standing committee only if there are additional questions – a practice amounting to less rigorous scrutiny process.

Delegates were also impressed by the apolitical nature of clerks. While UK clerks are not government appointees and are accountable only to parliament, clerks in Namibia are derived from the civil service. The delegation was also informed that clerks are expected to deliver not only high-quality work but also to act in the best interest of the public. They are the Stewards of Parliament in that they look after Parliament. At the same time members are also expected to treat clerks with parity of esteem and both members are clerks should be treated with equal respect.

At the end of the programme, the Namibian delegates informed CPA UK staff that they felt more confident utilising their skill set and wanted to implement what they had learned. The UK parliamentarians and clerks felt they had expanded their knowledge too.

The three-year PPP (2016-19) was agreed between CPA UK and the National Assembly of the Parliament of Namibia. It aims to ensure that the National Assembly of Namibia operates in a more robust and democratic fashion and members have developed advanced technical skills to undertake their parliamentary responsibilities efficiently and effectively, with a particular focus on legislative and financial scrutiny.  The PPP operates through a range of activities both in the UK and Namibia, such as benchmarking and study visits, attachments, and attendance in CPA UK’s regional and international workshops.

Key highlights of the visit 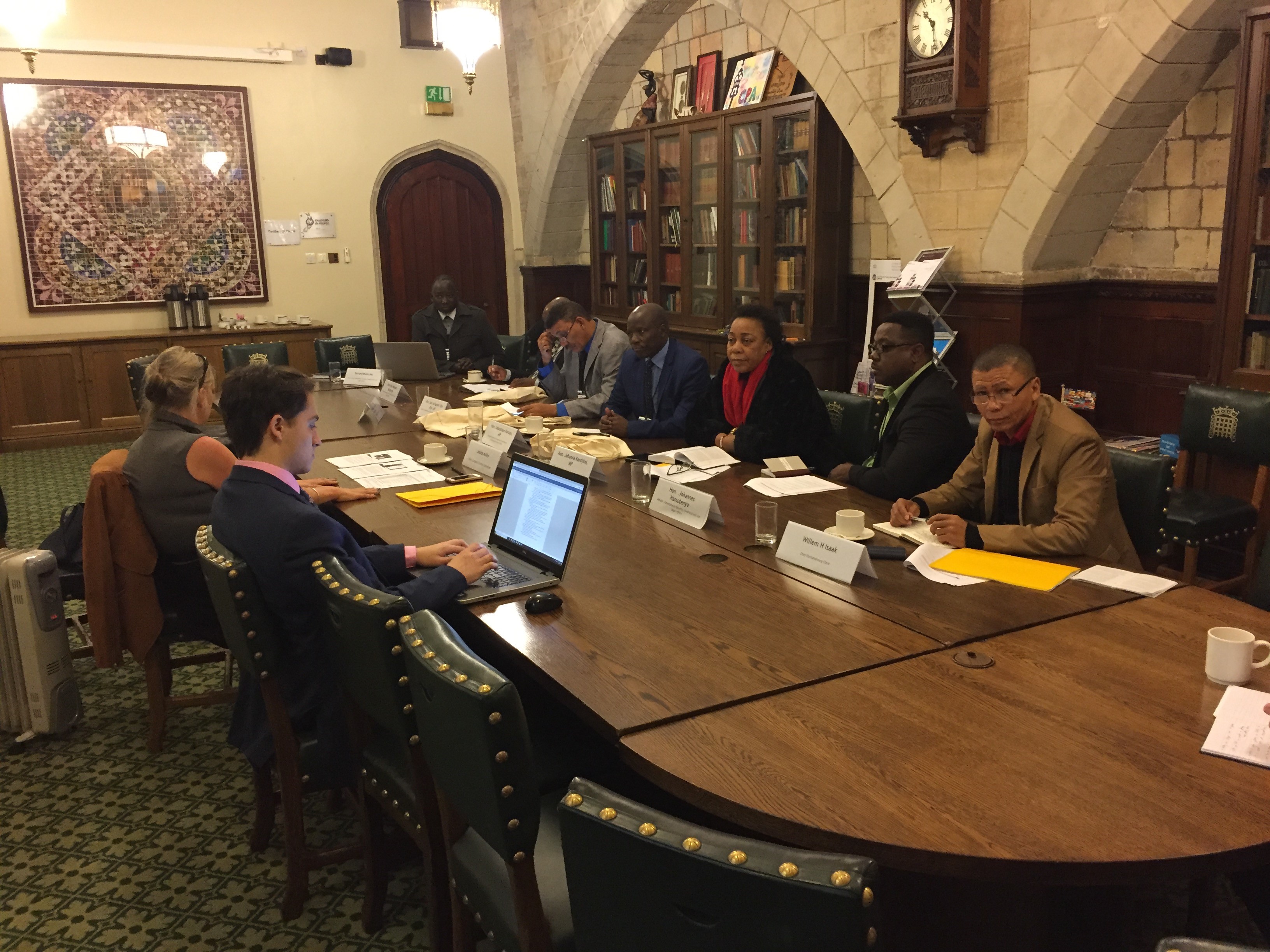