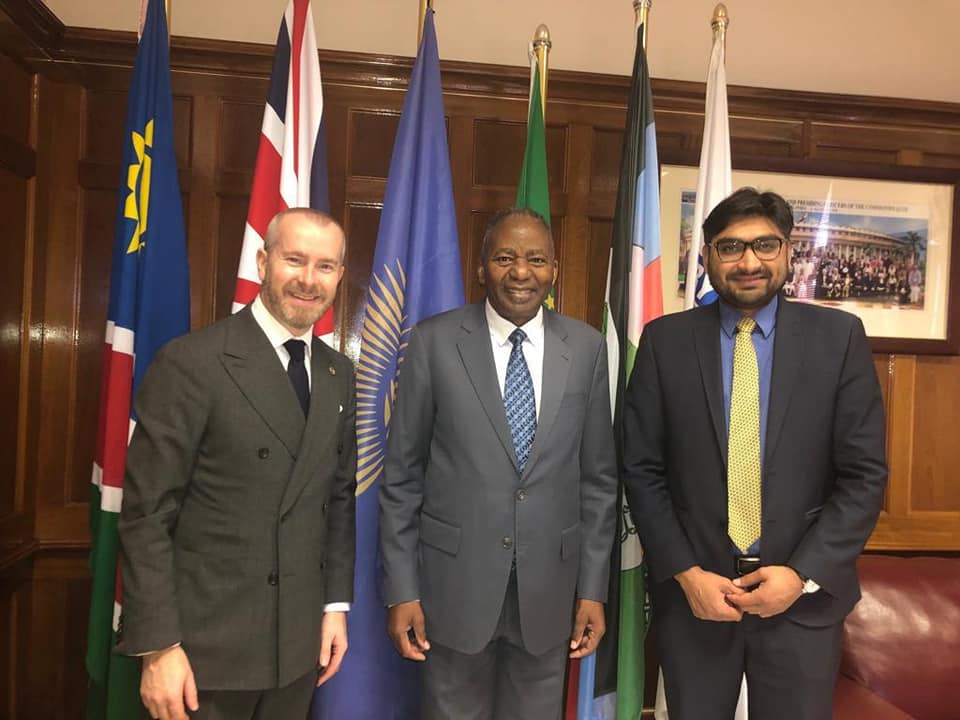 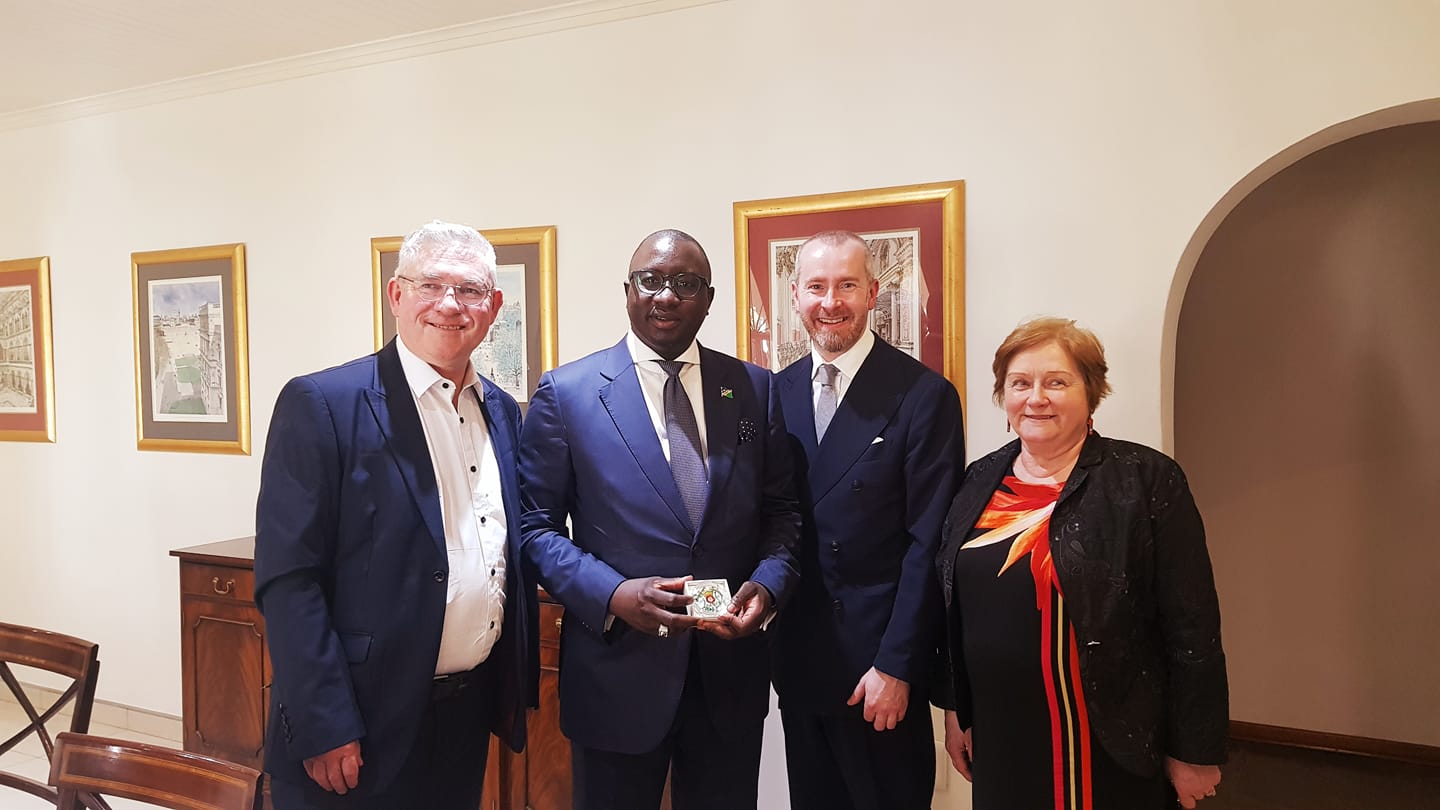 The Delegation meet with the Minister of Justice, Hon. Sakeus Shanghala 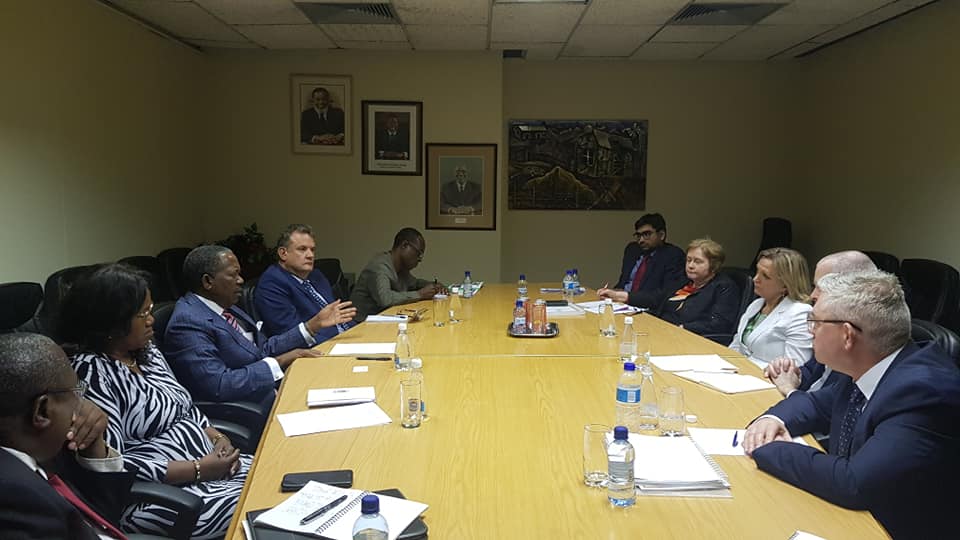 Delegates in conversation with the Minister of Home Affairs & Immigration, Hon. Franz Kapofi 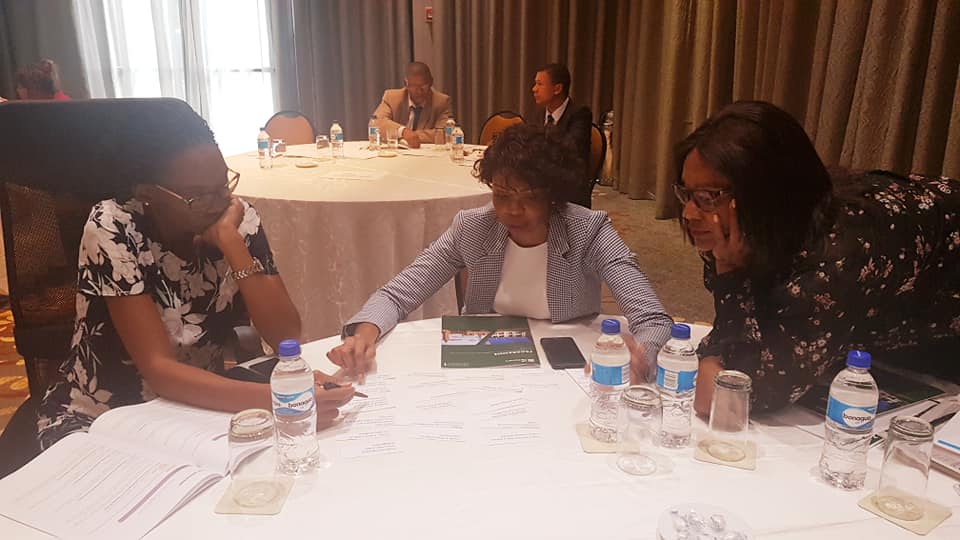 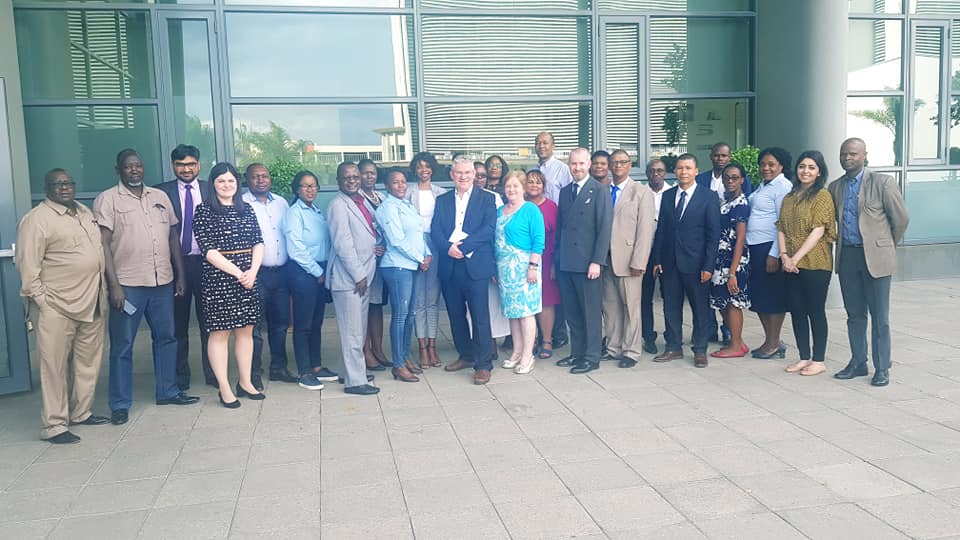 Group photo at the end of the Clerks' programme 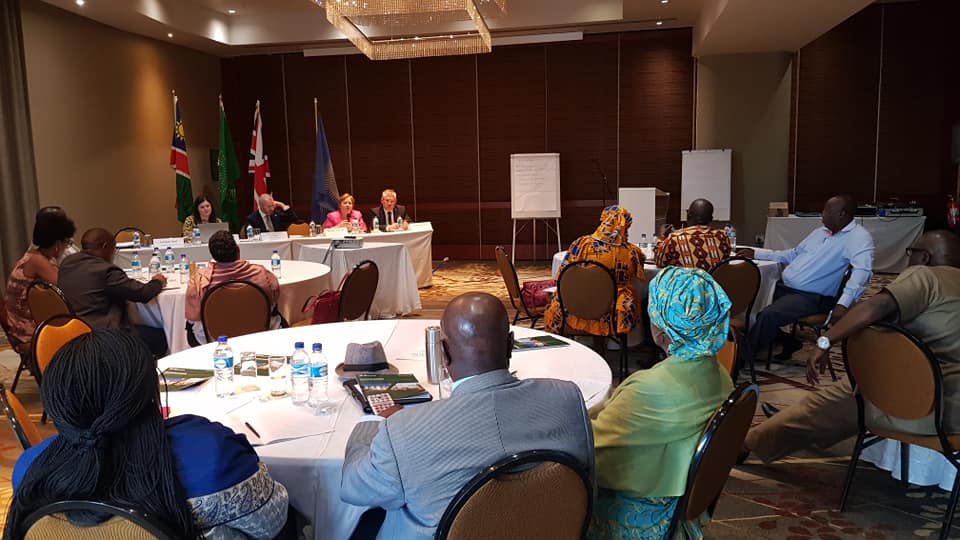 Interactive session between delegates and participants during the Members' programme 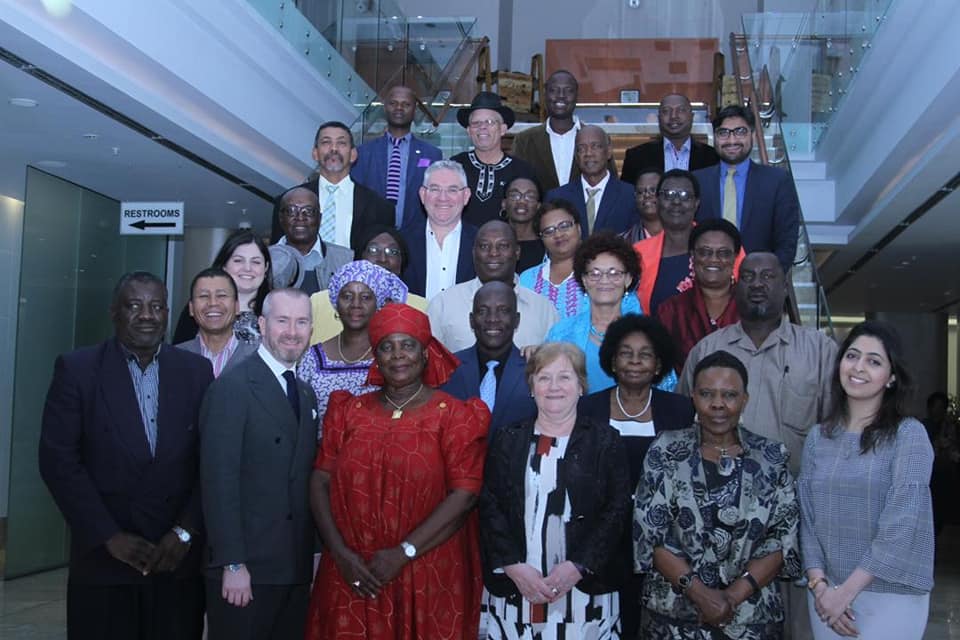 Group photo with participants of the Members' programme

From 11-16 April 2019, a CPA UK delegation visited Windhoek, Namibia to participate in a series of diplomatic meetings as well as lead a capacity-building workshop for Members and clerks of the Parliament of Namibia. The workshop broadly focused on management of committees and parliamentary business, and was aimed at strengthening the skills and knowledge of Members and clerks to undertake their parliamentary duties in an effective, accountable and inclusive manner.

At the outset of the visit, the delegation met with the Ombudsman, John Walters, and the Attorney General, Hon. Dr. Albert Kawana. The discussions outlined various challenges in the country including human trafficking, child rights protection, gender-based violence, and assault on prison inmates. The Attorney General stressed that while there is increasing awareness of human rights, implementation of the law is a challenge. This is largely due to lack of resources and capacities at an institutional level.

The delegation also met with the Minister of Home Affairs and Immigration, Hon. Franz Kapofi; the Minister of Gender Equality and Child Welfare, Hon. Doreen Sioka; and the Minister of Justice, Hon. Sakeus Shanghala. The delegation was delighted to learn about the significant progress the country has made over the last few years, particularly around introducing affirmative action laws and promoting equal pay for equal opportunities. Hon. Doreen Sioka, emphasised that as far as the law goes, there is no discrimination between the genders. On the topic of child trafficking, Hon. Franz Kapofi stressed that while reforms have been made on notable fronts such as national security and dealing with refugees, the “disease of human trafficking” is still very widespread in the country.

Meetings with the EU Ambassador to Namibia, H.E. Jana Hybášková, and the British High Commissioner, H.E. Kate Airey, echoed similar sentiments and offered a good insight into the political climate of the country, especially in the lead up to the general elections in November.

Finally, the delegation called on the Honourable Speaker of the National Assembly, Hon. Prof. Peter Katjavivi, who shared his views on the current parliamentary landscape and the importance of developing a cordial and dynamic relationship between both the Namibian and UK Parliaments. The Hon. Speaker stated that Namibia is undergoing significant developments and that Parliament remains committed to meeting the needs of the people.

The one-day Clerks’ training programme took place on Friday 12 April and was led by Jennifer Burch. Around 25 clerks and officials from the National Assembly of Namibia participated in a range of interactive sessions focused on better managing parliamentary and committee business. Some of the key challenges raised by participants during the programme included report-writing; inadequate resources and funding; unrealistic expectations from Members; and lack of communication between staff and Members. In feedback to CPA staff, participants expressed satisfaction with the programme, mentioning that they have learnt new techniques on how to deal more effectively with Members. Many expressed an interest in ongoing training to further their understanding of best parliamentary practices and strengthen their skills to improve their performance on a day-to-day basis.

The two-day Member’s training programme, which ran from 15-16 April 2019, was inaugurated by the Speaker of the National Assembly. The Hon. Speaker helped the delegation gain a better understanding of the current challenges in the Parliament of Namibia, highlighting that Parliament remains committed to strengthening its committee systems in order to strengthen the role of Parliament in discharging its mandate. He stressed that the role of CPA UK in providing the necessary guidance and support will be extremely vital and also encouraged parliamentarians to maximise on opportunities available in the Commonwealth.

The Members’ programme was very well-attended, with over 30 participants on both days. The delegates led topical sessions on areas including the role of committee chairs; legislative timetables; delivering effective chamber speeches; and fostering better Member-clerk relations. Overall, the Members were pleased with the programme, stating that the workshop has refreshed their understanding on a range of subjects and exposed them to critical areas including post-legislative scrutiny and the importance of having a financial memorandum attached to each piece of legislation.

CPA UK is confident that participants will work on implementing the knowledge and skills they learnt, paving the way for a more inclusive, effective, and accountable Parliament. CPA UK looks forward to continuing its close engagement with the National Assembly of Namibia through similar capacity-building activities and programmes.