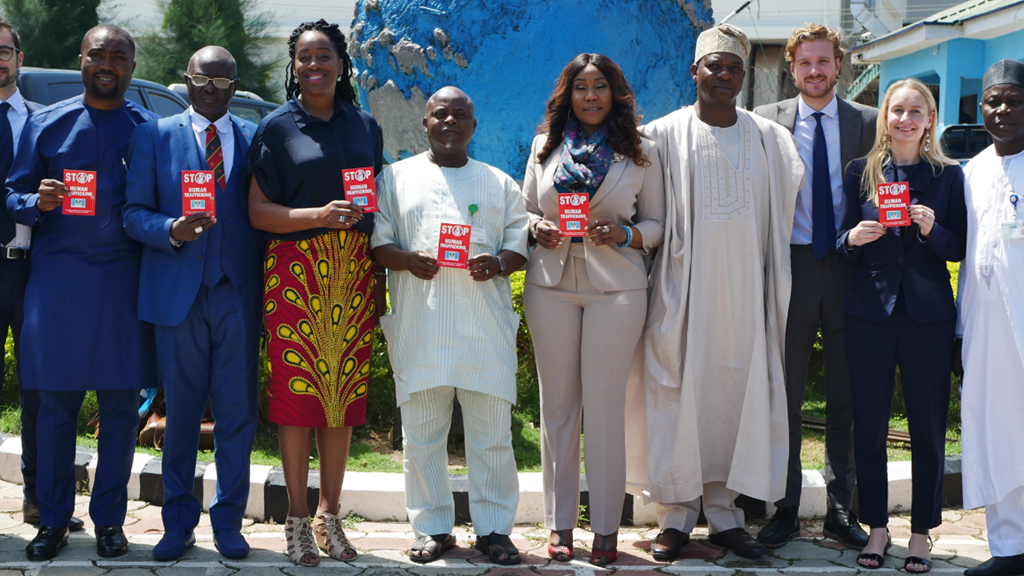 Click here to see all our previous issues of the Newsletter.

Building parliamentarians’ understanding and knowledge on contemporary forms of exploitation

CPA UK’s objective is to contribute to the global effort to ‘eradicate forced labour, end modern slavery and human trafficking and secure the prohibition and elimination of the worst forms of child labour’ (SDG target 8.7)

We do this by:

What is Modern Slavery, Human Trafficking and Forced Labour

One in 200 people is living in some form of contemporary exploitation today. According to the latest figures published by the United Nations, the International Labour Organisation and the Walk Free Foundation, an estimated 40.3 million people are victims of modern slavery. More than half of them are in forced labour, which means they are working against their will and under threat, intimidation, or coercion.

It is estimated that 40% of the 40.3 million people in modern slavery live in the Commonwealth.

It is everywhere. It harms people in every country in the world.

Your role as parliamentarians

Parliamentarians, supported by parliamentary officials, are uniquely placed to inspire, empower, encourage, and lead the journey towards the eradication of modern slavery, human trafficking and forced labour.

As legislators, they participate in debates and vote on legislation. They can strengthen laws to better respond to the needs of the citizens.

As representatives of the people, and in many countries as leaders in their constituency, every day is an opportunity to raise awareness, educate constituents on the issues and protect them from exploitation.

As members of committees, they have the power to exert oversight over governments’ actions and decisions.

Building their knowledge and skills on these issues is paramount. They are drivers of positive change in their own constituency and country.

CPA UK organised a physical roundtable on Sport Trafficking for UK parliamentarians, businesses, academics, lawyers, sporting organisations and NGOs. The objective was to increase knowledge on sport trafficking and learn from successful initiatives and actions taken by stakeholders ahead of mega sporting events, encouraging collaboration and corporation to address the issue. The roundtable saw speakers from the Commonwealth Games Federation, Marshalls Plc, Loughborough University, Mission 89 and FIFA, discussing the impactful actions they have taken to tackle sports trafficking ahead of the Birmingham Commonwealth Games. Read the report here.

Assessing the impact of Modern Slavery legislation and increased awareness in Parliament through CPA UK, 21 March 2022

The CPA UK Modern Slavery project, which ran from 2016 to 2020, was assessed by Dr. Rose Broad from The University of Manchester. The research aimed to access the impact of the project on networking and collaboration, policy development and awareness raising and expanding knowledge. Read the report here.

CPA UK in partnership with Mission 89 brought together an average of 138 Parliamentarians, Border Officials and High Commissioners from 22 countries, for a three-day workshop on trafficking through sport ahead of the 2022 Commonwealth Games in Birmingham. Read the report here.

CPA UK brought together parliamentarians and officials from across the UK and Caribbean to increase awareness and build networks in response to the global challenge of human trafficking and forced labour. Read the report here.

The Issues of Human Trafficking through Sports

The CPA UK and Mission 89 have worked in collaboration to increase the knowledge of key decision-makers and stakeholders in addressing the issues of human trafficking through sport.

These stakeholders include parliamentarians, High Commissioners, border officials, and the general public. An animation video suitable for all ages was also produced.

The CPA UK Modern Slavery Project was a four year-multilateral project funded by the UK Government providing practical advice and support to parliaments in the pursuit of combatting modern slavery, human trafficking and forced labour.

The project received an ‘A’ grade in June 2019 for the quality of its management from an independent review commissioned by the Home Office. It also received special mention in the 2019 and 2020 US Trafficking in Persons Reports.

"The Modern Slavery Project has been groundbreaking in that it has had the significant impact of educating, supporting and transforming not only the Parliamentarians involved in the Project but the lives of millions of constituents in the world who are being protected from the atrocity of modern slavery.

Its import will be evident for generations to come."

Resource Pack from Actions to Prevent Human Trafficking through Sport; Workshop to Build Capacity and Techniques 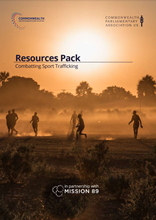 Resources to address human trafficking through sport for parliamentarians, border officials, and the general public. 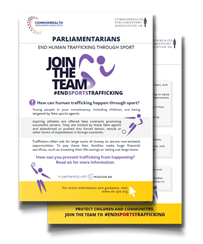 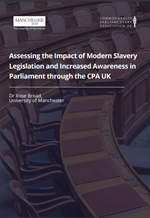 Download the one-page infographic of the Project's impact here. 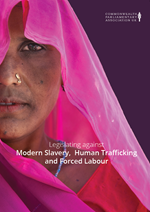 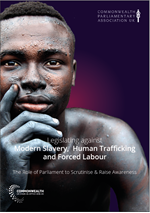 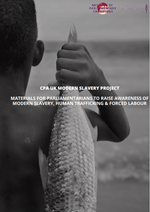 "The project has been world-class at facilitating the consideration, drafting and proposing of tailor-made legislation that will make a critical and measurable difference to the lives of many thousands of vulnerable persons."

“The Australian Parliament has passed the Modern Slavery Bill 2018 and I was thrilled to be the Minister responsible for its passage.

This legislation is due in no small part to CPA UK, because without the workshops and access to those involved in all aspects of the UK legislation, it may not have happened.  Even if it had, it is a far better bill than it would have been."