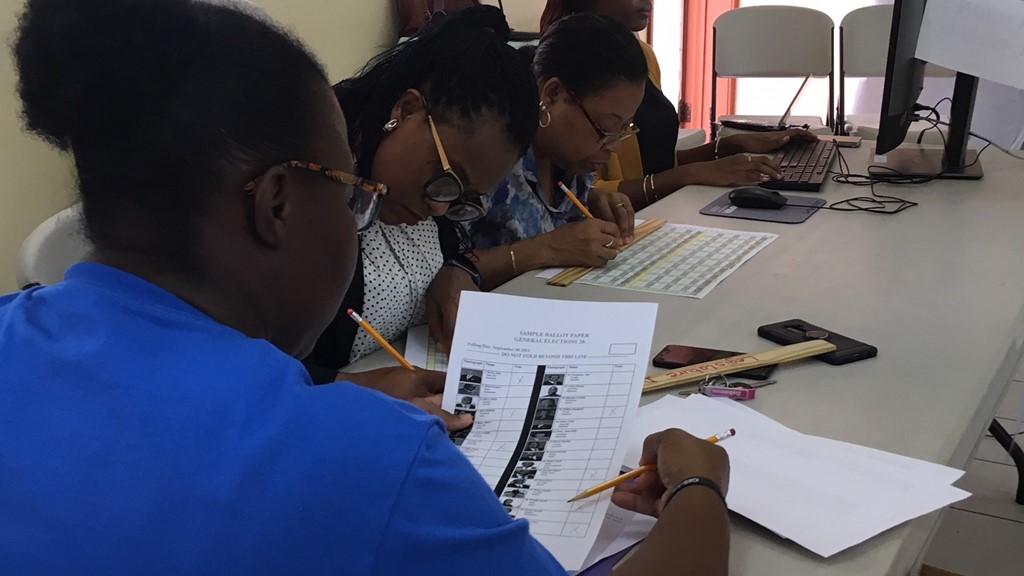 A training session for Tally Clerks

The Election Observation Mission run by the British Islands and Mediterranean region of the Commonwealth Parliamentary Association (CPA BIMR) visited all 12 polling stations across six divisions on polling day. In the run up to 18 November, the Mission met with key stakeholders including electoral officials, candidates, members of the public and attended main political rallies to gain a better understanding of the electoral process and political context of the election.

‘We have been impressed by the way the elections were administered and by the diligent efforts of all polling staff across the six divisions. Whether people are in agreement with the results of the elections or not, they can be confident that the results does represent the will of the people of Montserrat’.

The preliminary report also mentions areas where further improvements would be needed to make the process more inclusive and efficient for future elections. These relate to:

Observers will be producing their final report within two months. The final report will provide further information on the areas considered by the Mission and will include practical recommendations to improve compliance to international standards and improve the overall process for future elections.