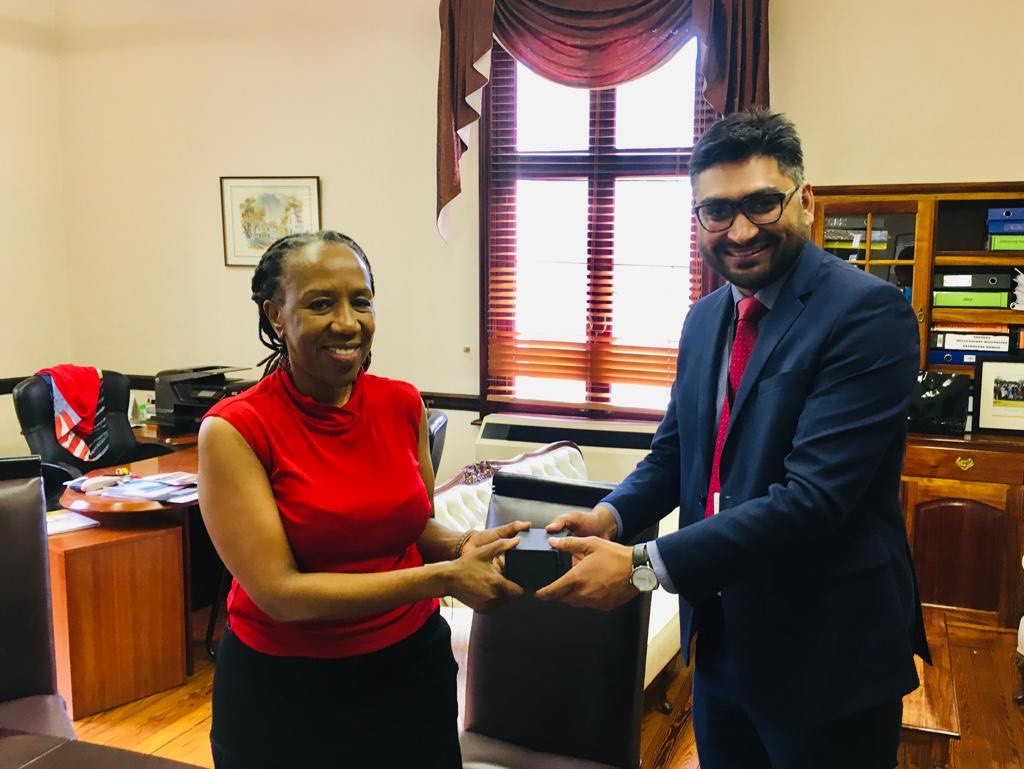 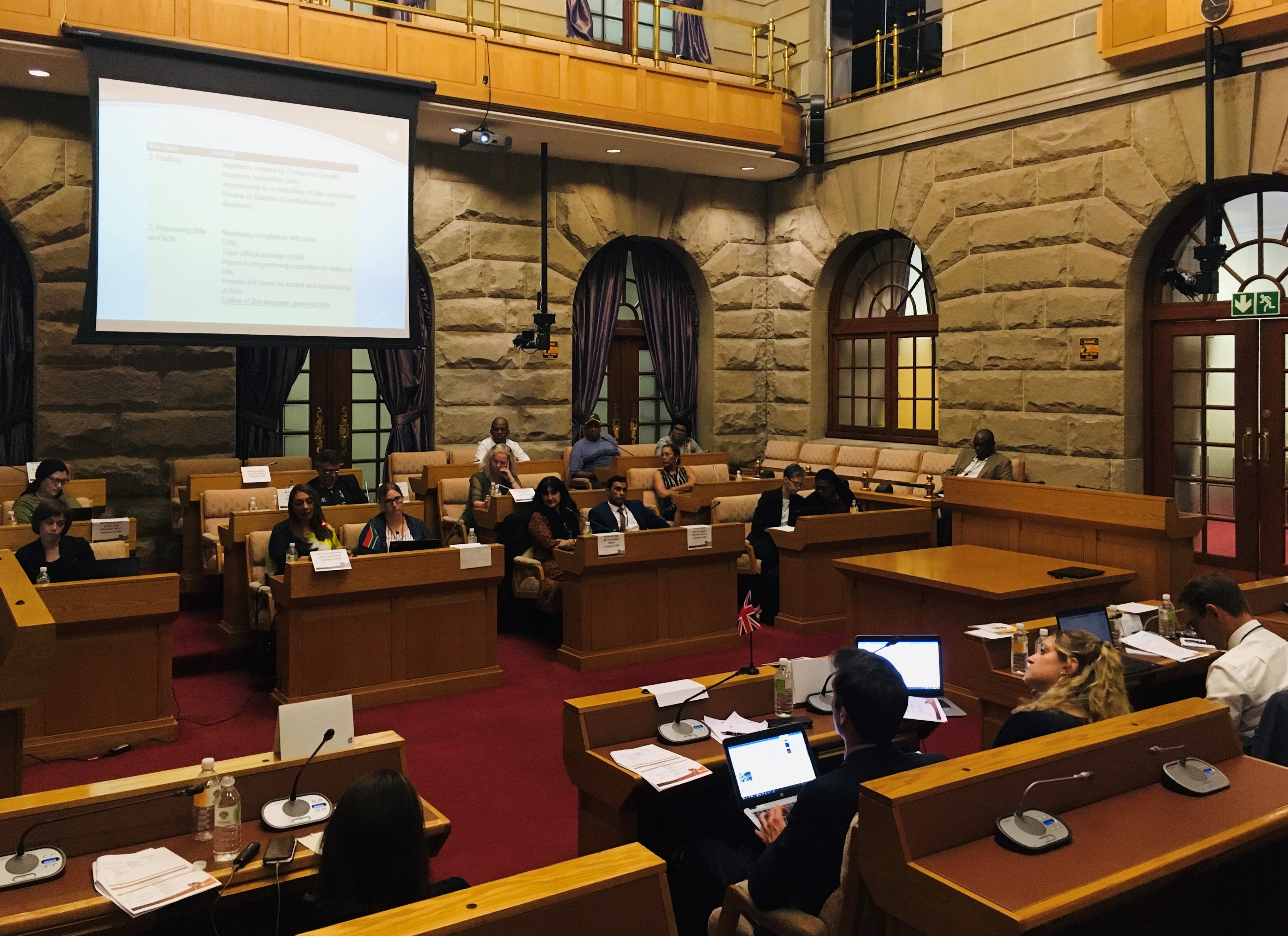 The joint forum between SA and UK Participants 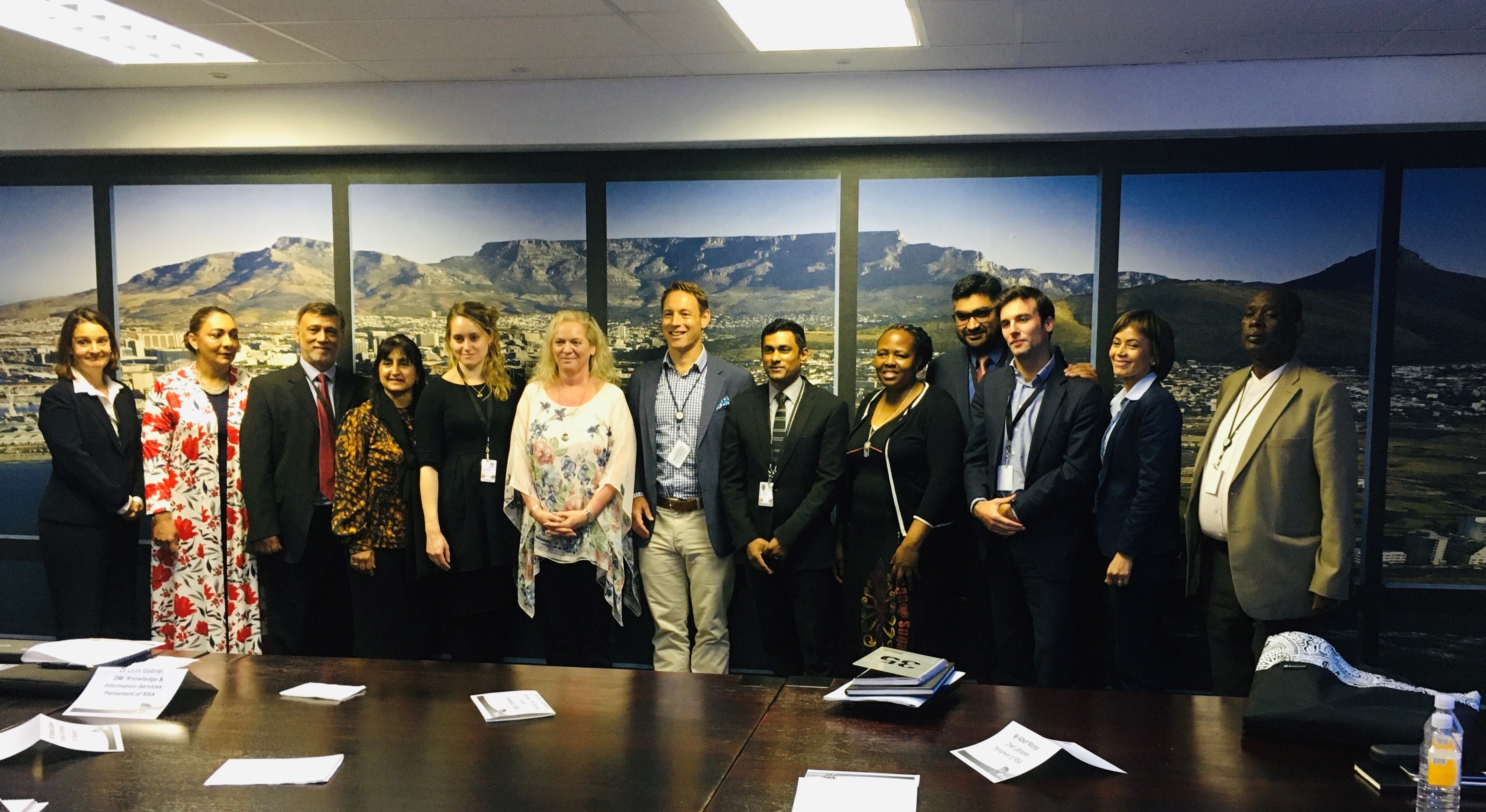 End of the programme

A CPA UK team visited the South African Parliament from 11 – 13 November to share and learn best practices on oversight and information (content and research) support to Members of Parliament, committee management and legislative processes in both parliaments and parliamentary oversight over trade and international treaties.

The two-day programme was divided into three thematic discussions:

The final session was dedicated to designing a collaborative programme and a timetable to implement it.

Mr Masibulele Xaso, the Secretary to the National Assembly, welcomed the delegation to South Africa and expressed a desire for the engagements to mutually benefit both the South African and UK Parliaments.  The programme developed by the representatives of both Parliaments touched on key issues currently faced by the Houses and Committees, and the proposed scoping visit would assist in cementing a sustainable relationship between the two Parliaments to improve the core functions of parliaments.

Mr Benjamin Boddy, Consul General at the British Consulate in Cape Town, welcomed the scoping visit and appreciated the speed with which the programme was put together. He further reflected on the role of the Consul General in bringing together the two Parliaments at a time when the United Kingdom was engaging on a Brexit deal. The changing political landscape necessitated a review of parliamentary responses to key issues facing citizens of both countries, and the pockets of excellence in each institution would symbiotically contribute to better support to Members and Committees and thereby to citizens in South Africa and the United Kingdom.

During two days, participants from both sides presented the work of their respective parliaments on support services to committees, trade scrutiny, research, member’s induction and, member and staff professional development.

One of the key discussion points was how the South African Parliament scrutinises trade agreements. In South Africa, all international trade agreements should be approved by Parliament before it is binding. Oversight over these agreements falls within the purview of the Portfolio Committee on Trade and Industry. The UK team was surprised to know that the South African trade committee also oversees the trade negotiation process undertaken by the government. Committee members also attend WTO Ministerial Conferences as observers. This allows members of the Committee to keep track of and develop a technical understanding of developments on negotiations and to engage with other parliamentarians on how to strengthen oversight over trade agreements. In addition to overseeing the negotiation process, the trade committee also:

In the UK, however, trade as an issue has been undergoing a significant transition in recent years. Historically, the UK fed into EU trade arrangements. Concurrently, the UK has negotiated a number of treaties in its own right; for example, the UK also has more than 100 bilateral investment protection agreements with mostly non-OECD countries. The UK has also negotiated treaties relating to the recognition of professional qualifications and degrees, for example, the UK Chile Agreement on the Mutual Recognition of Qualifications and Degrees, as well as air services agreements that give UK airlines more advanced access to third-country markets, such as the UK-Indonesia air services agreement.

At the end of the programme, participants from both sides designed a collaborative programme and a timetable to implement it.