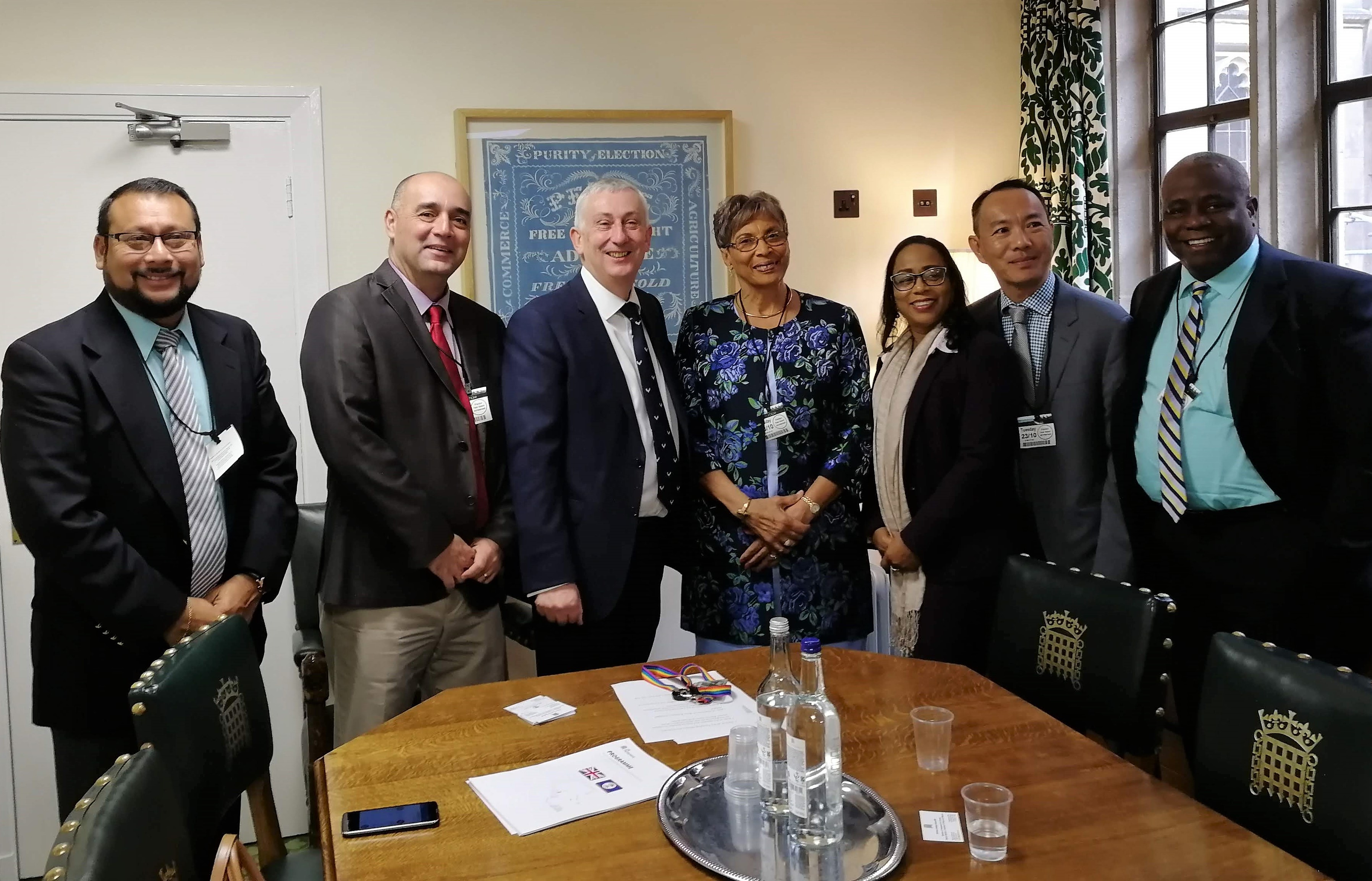 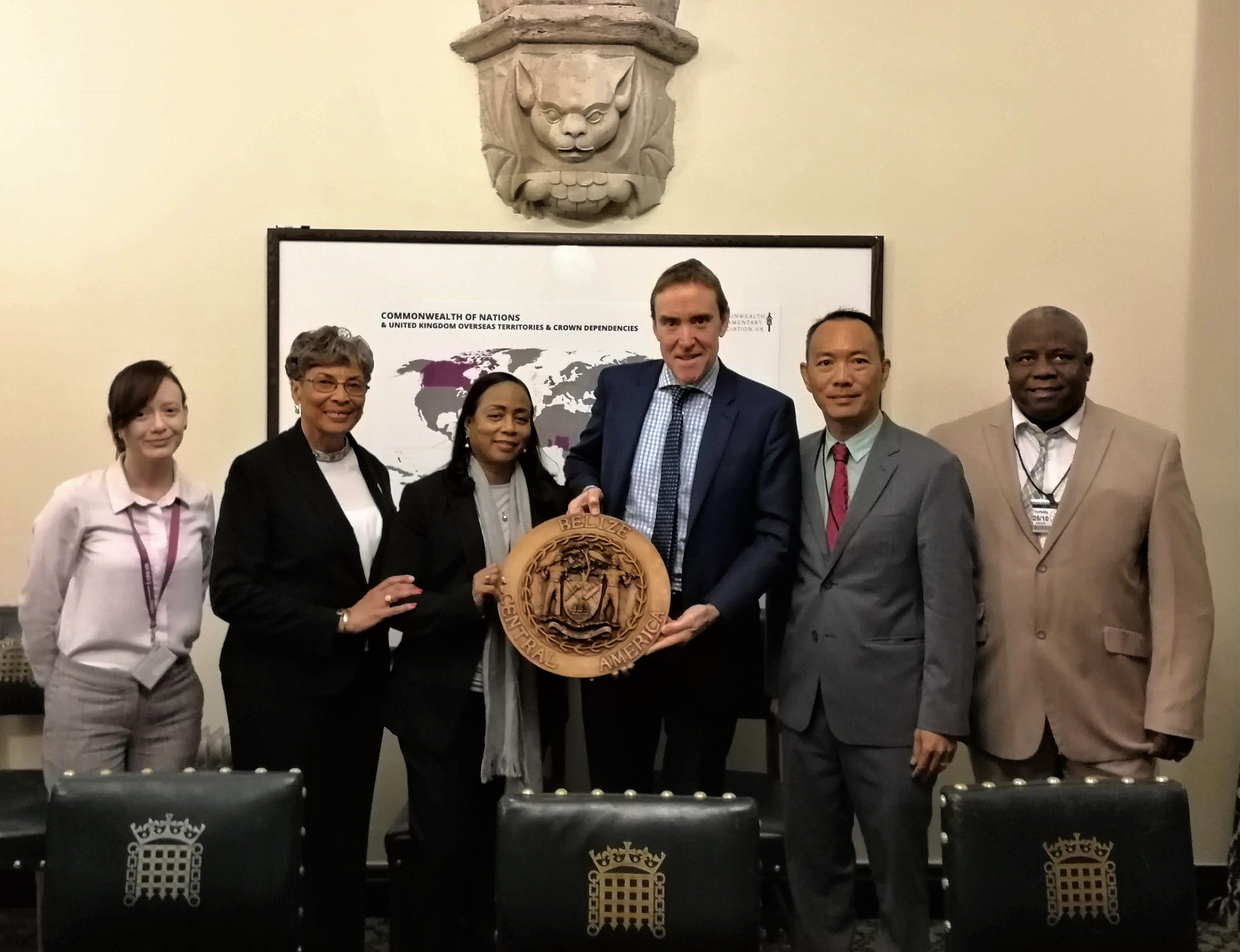 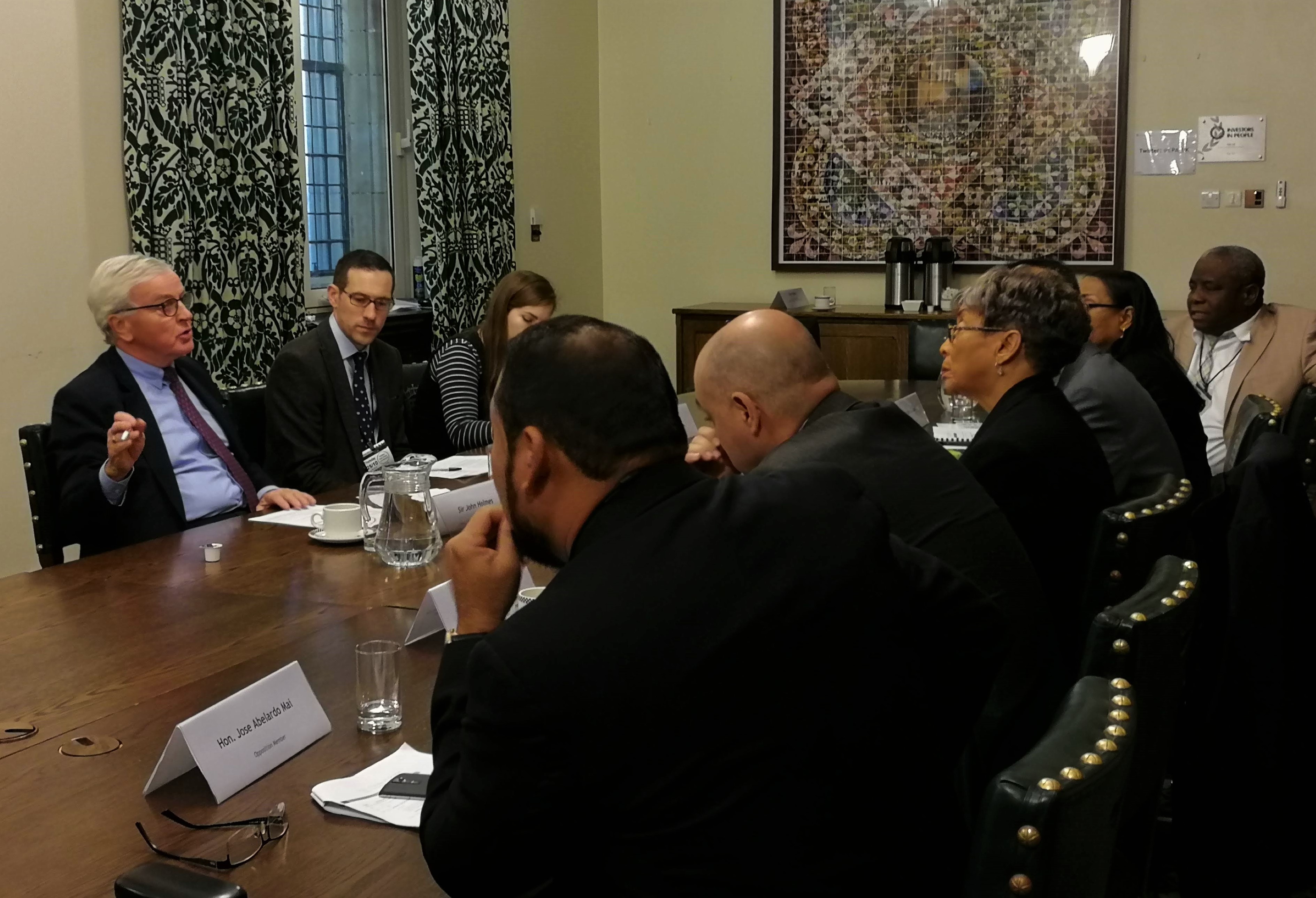 From 23 to 25 October 2018 CPA UK hosted a senior delegation from the National Assembly of Belize. Led by Hon. Laura Tucker-Longsworth, Speaker of the House of Representatives and Hon. Lee Mark Chang, President of the Senate, the visit was the first from Belize in over eight years, and formed part of a bilateral exchange programme facilitated by CPA UK and the British High Commission Belmopan. The programme included opportunities to observe parliamentary procedure in Westminster, and to engage with UK Members of both Houses on issues related to security, trade, sustainable development, women and equalities, and parliamentary development.

At the start of the parliamentary programme Hon. Speaker Laura Tucker-Longsworth met one of her counterparts in the UK Parliament. Rt Hon. Sir Lindsay Hoyle MP introduced the delegation to the role and history of the Chairman of Ways and Means as well as his current responsibilities as Deputy Speaker. Meeting the Chair, Neil Parish MP, and staff of the Environment, Food and Rural Affairs (EFRA) Committee and observing part of an evidence session of the Environmental Audit Committee (EAC) proved particularly relevant to Hon. Beverly Williams and Hon. Dr Omar Antonio Figueroa, both Ministers of State in the Ministry of Fisheries, Forestry, the Environment and Sustainable Development. As Hon. Beverly Williams’ portfolio included immigration and refugees the minister led on the meeting with Yvette Cooper MP, Chair of the Home Affairs Committee, to explore the Committee’s recent work in both areas. Evidence sessions of the Lords Constitutional Affairs and Commons Public Accounts Committees also featured in the programme.

Beyond observing and discussing parliamentary procedure delegates participated in exchanges on issues high on the public agenda in Belize, including an upcoming national referendum, women’s representation, and crime reduction: Sir John Holmes, Chair of the UK Electoral Commission, and Tom Hawthorn, Head of Policy, shared their views on how to inform the electorate ahead of a referendum, drawing on the experience of the UK’s 2016 referendum on leaving the EU. A roundtable discussion on women in Parliament covered recent progress towards improving the gender balance, strategies to make parliaments more gender sensitive, and the changes successfully championed by the Women and Equalities Committee. Dan Holmes, former Head of Strategy at the Mayor’s Office for Policing and Crime (MOPAC), provided fascinating insights into MOPAC’s approach to reducing violent and gang-related crime.

CPA UK also facilitated the delegation’s request to meet with representatives of Tate & Lyle Sugars (TLS), a major recipient of Belizean sugar cane, by arranging a field visit to the TLS Thames Refinery on Monday 22 October. With raw sugar amounting to almost 30% of total exports, the sugar cane industry remains significant to Belize’s industry and trade. After viewing various stages of the refining and packaging process delegates discussed the trade relationship between TLS and Belizean farmers and the potential impact of Brexit with Julia Clark, Head of Sugar Ethics, Mac McLachlan, Vice President of International Relations, and others.

The delegation considered the visit informative and fruitful with several delegates noting the programme had exceeded their expectations. The visit also presented an opportunity to discuss future engagement between the UK Parliament and the National Assembly of Belize, for example in the form of a reciprocal visit of UK Parliamentarians to Belmopan. CPA UK looks forward to continuing to work with the Speaker, members of the delegation and other partners in the House of Representatives and the Senate in the National Assembly of Belize. 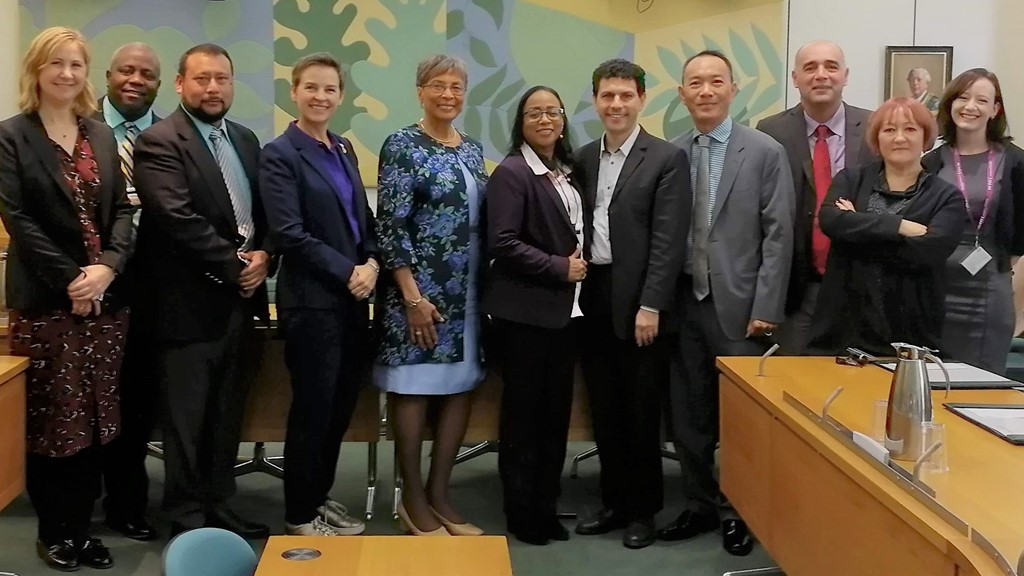 The delegation meets the Chair, Mary Creagh MP, and Members of the Environmental Audit Committee 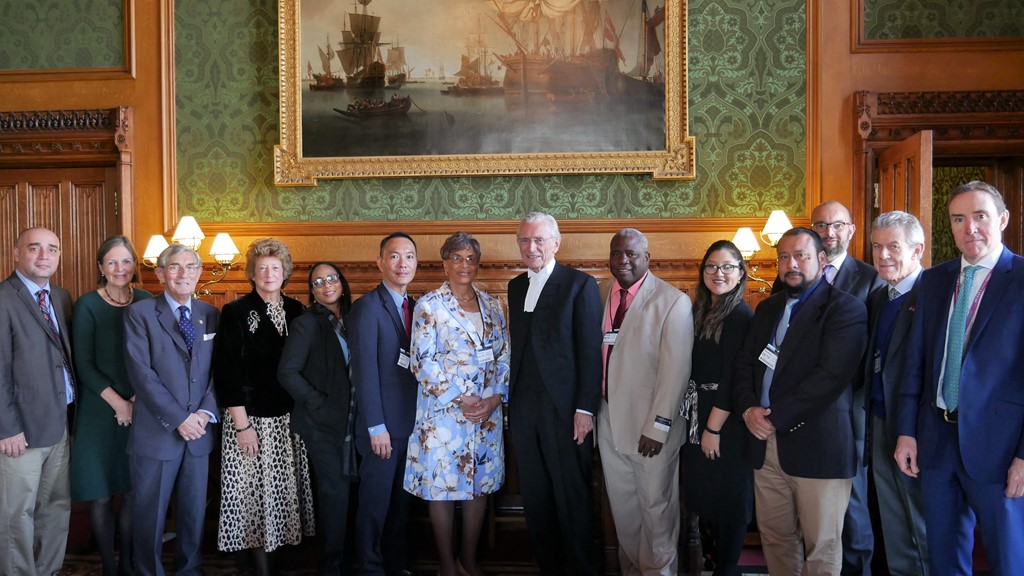 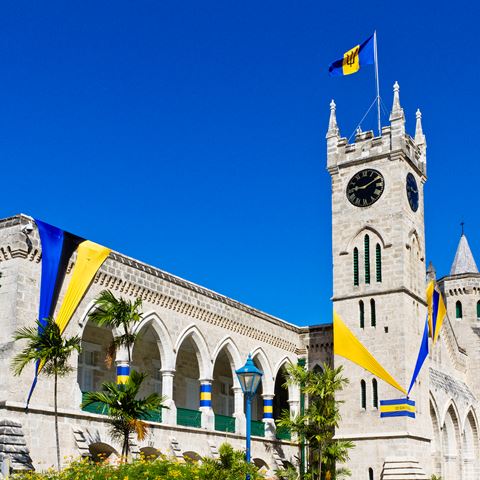 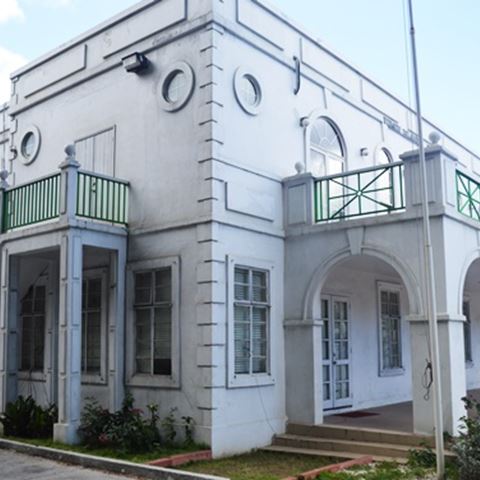 British Virgin Islands - Visit by the Macro-Fiscal and Budget Units 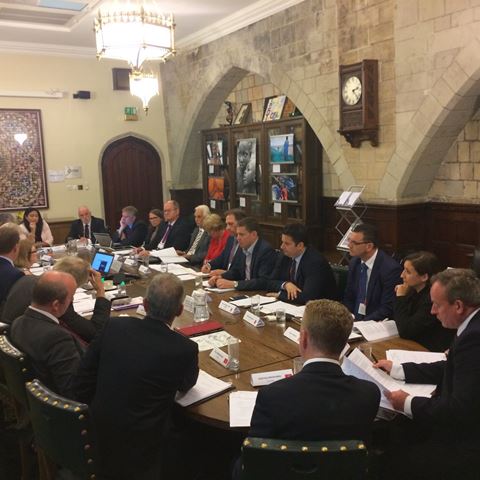 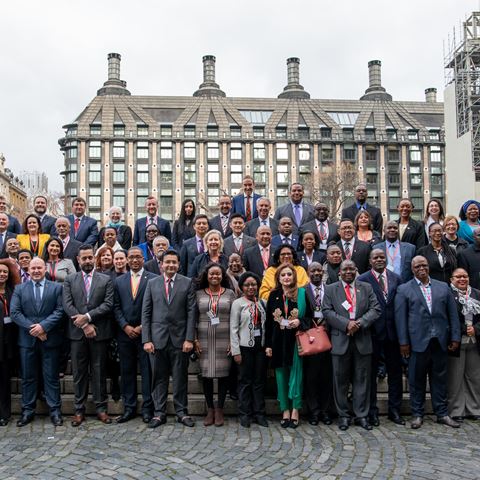