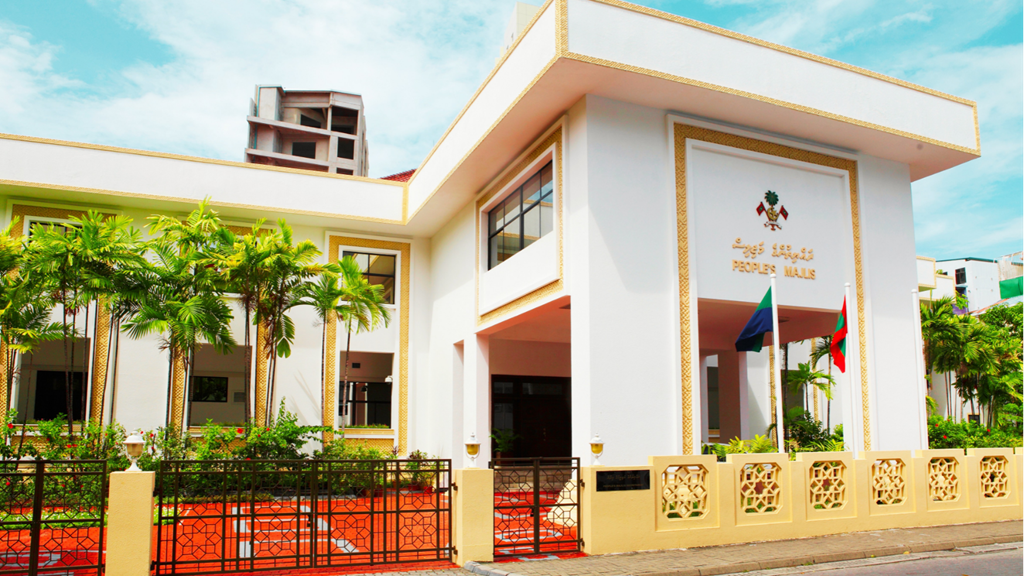 CPA UK looks forward to future collaboration with the People’s Majlis to promote strong and independent parliamentary oversight based on mutual learning.

In March 2021, Hon. Mohamed Nashiz, Chair of the Public Accounts Committee, People’s Majlis, joined the CAPAC Executive Committee as Vice-Chair of the Association. Hon. Nashiz was endorsed by fellow CAPAC members and was ratified as Vice-Chair.

In March 2021, Hon. Mohamed Nashiz, Chair of the Public Accounts Committee, People’s Majlis, presented to a pan-Commonwealth audience at a Parliamentary Forum on Climate Change. The Forums were attended by 270 delegates from 38 countries who heard from over 50 speakers. View the official programme and report for more information.

Five parliamentarians and two clerks from the Maldives joined CPA UK’s first virtual Westminster Workshop on Public Financial Oversight for chairs, members and clerks of Public Accounts Committees across the Commonwealth. Speakers included Hon. Mohamed Nashiz, Chair of the Public Accounts Committee, People’s Majlis, who spoke about how governments can be held to account by the work of PACs. The workshop also examined what makes an effective Public Accounts Committee; how to maintain scrutiny whilst working virtually with advice from the International Monetary Fund (IMF); and how to incorporate Sustainable Development Goals into the work of PACs with a presentation from the United Nations Development Programme (UNDP). Read the report online.

Inclusive Politics in Practice in the Commonwealth, London 4 – 6 March 2020

In March 2020, Hon. Mohamed Nashiz attended a conference run by the Westminster Foundation for Democracy (WFD) which concluded the two-year Commonwealth Partnership for Democracy (CP4D) programme. Hon. Nashiz was selected by CPA UK to attend the conference to share the successful changes he had introduced to the Maldives PAC following his attendance at CPA UK’s CAPAC Asia Regional Workshop in Malaysia. Hon. Nashiz spoke about the advancements in making consensual decisions within the committee and the emphasis he as Chair had placed on developing members’ questioning techniques during hearings.

Three parliamentarians and two clerks from the Maldives joined the Westminster Seminar, CPA UK's flagship capacity-building programme for parliamentarians and appointed procedural/committee clerks from across the Commonwealth. 2020 marked the Seminar's 69th year, and the first time it had been delivered virtually. The theme of the Seminar considered the impact of the global Coronavirus pandemic as well as continued protests for democracy, equality and security. Find out more in the report.

Three parliamentarians from the Maldives participated in the Commonwealth Association of Public Accounts Committees (CAPAC) regional workshop. The workshop formed part of CPA UK's work as part of the Commonwealth Partnership for Democracy (CP4D). View the official programme and report for more information.