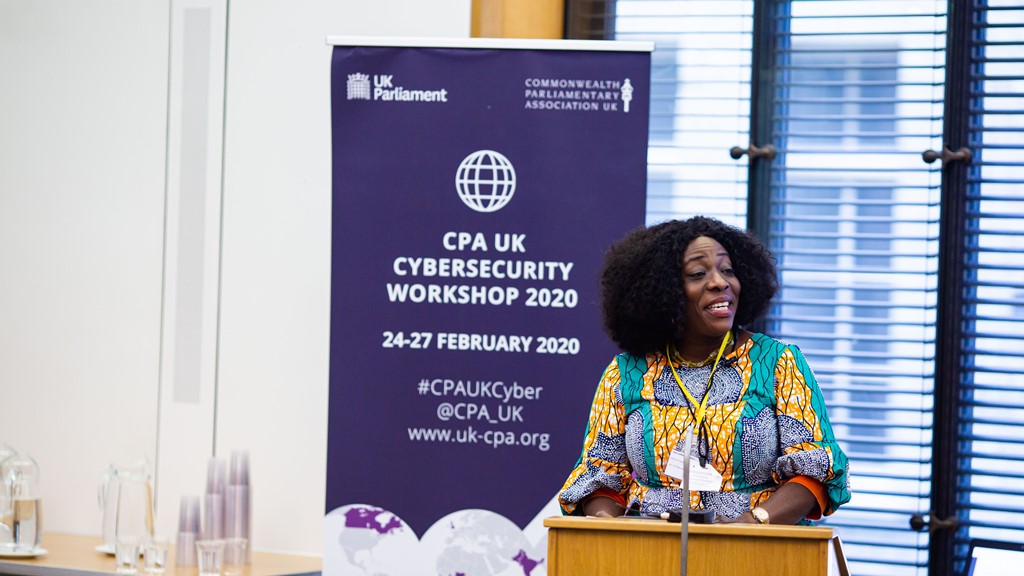 Threats to national security are ever-changing. The 21st century has seen countries and their citizens face a myriad of diverse and complex threats, both endurable and terminal. As the influence of human activity on the climate shows no sign of slowing down and as technological advances means the traditional buffer that distance acts on conflict and security diminishes, a paradigm shift in the very nature of conflict is expected.

The dangers that nations face today are multifaceted and interconnected, ranging from economic recessions environmental degradation and climate change, to pandemics, cybercrime and warfare, civil wars and political uprisings, as well as the emergence of sophisticated, well-funded terror groups and intrastate challenges to territorial boundaries.

With the most troubling threats transcending national borders, global good governance, interstate and private sector collaboration are essential to tackle the common challenges in an increasingly complex world. Parliamentarians, as the primary interface between a government and its citizens, have a responsibility to defend the rights of the individual, balanced with the safety and security of the majority. As elected/nominated representatives, they have a mandate to ensure security is in place.

CPA UK works with Parliaments to support their work on security by increasing awareness on the most salient issues and building capacity to support parliamentarians with their responsibilities to legislate, ensure policy scrutiny and oversight, budget approval, and constituency engagement. For the strategic period leading to April 2022, the primary focus of the Security thematic area will be on conflict and national security, cyber security and climate security.

Prompting action to address climate change is a pertinent issue for parliamentarians in the Commonwealth.

The comprehensive nature of both climate governance and climate security means that continuous discussions are required to strengthen and promote innovation, problem-solving capacity, and the development of climate solutions across the Commonwealth.

To read the final report on the Roundtable series, click here. 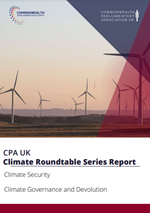 As part of its bilateral parliamentary strengthening work, CPA UK has supported many individual legislatures in strengthening oversight of national security. A notable example is CPA UK's work with the Parliament of Pakistan in 2012 and 2014 in partnership with PILDAT, as well as our programmes with Kenya and Ghana. Upcoming bilateral work includes engagement with the Parliaments of Lesotho, Sri Lanka, New Zealand, Canada and Australia with a specific focus on security.

The World Wide Web has only been in existence since 1991, but today 3.3 billion people are online; approximately 46% of the global population. Billions more are set to join them over the next decade. Cyberspace is an interdependent network of information technology which includes the internet, telecommunications networks and computer systems. Cyberspace is transforming the global community by driving economic growth, connecting people and providing new ways to communicate and co-operate with one another. However, the growth and increasing reliance on cyberspace from banking to education needs to be matched by global efforts to keep it secure.

Cyberspace brings opportunities and threats. While cyberspace facilitates openness, it can also make states, companies and individuals more vulnerable to hackers, terrorists, criminal and foreign intelligence services who for various reasons seek to intimidate, steal, spy or destroy data and the infrastructure of cyberspace. For most states, cyber security impacts upon numerous government agencies, ranging from intelligence, military, foreign and domestic departments as well as business, commerce, financial and even health and education. A collective approach must be taken by state actors to mitigate these cyber threats through comprehensive and effective strategies.

In March 2021, CPA UK delivered two Commonwealth Parliamentary Forums on Climate Change; a tailored Asia-Pacific Regional Forum and a pan-Commonwealth Forum. Cumulatively, the Forums were attended by 270 delegates from 38 countries who heard from over 50 speakers.

The objectives of these Forums was to engage a pan-Commonwealth parliamentary audience in discussions on their role in holding governments to account, setting ambitious climate commitments, and complying with international agreements. This included a showcase of positive climate action stories from across the Commonwealth and allowed parliamentarians to share their key learning obstacles.

The Forums afforded delegates to network internationally and exchange ideas with a wide range of experts in the field including key regional COP26 stakeholders. Delegates were encouraged to build on these relationships and enhance their global reach by focusing on the five key themes that were identified at the Forums:

For further information on the Forums on Climate Change and to watch session recordings, please see the official report here.

The Rise of Cybercrime amid Covid-19 Webinar Series : August 2020

The increased reliance on digital infrastructure during the Covid-19 pandemic led to a surge in online fraud, ransomware attacks and increased vulnerability of online parliamentary activity to hackers.

In light of these new challenges, CPA UK held a webinar series on The Rise of Cybercrime amid Covid-19. With expert speakers from the field of cybersecurity and academia, as well as Commonwealth parliamentarians, the three-part webinar series explored specific themes on the impact of Covid-19 on cybersecurity: key trends and issues; the changing nature of threats to parliaments; and the role of parliamentarians in addressing these challenges. 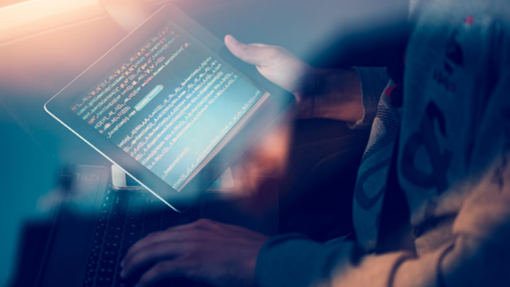 Through sharing insight into cybercrime during the pandemic and approaches taken to tackling these challenges, the series aimed to further parliamentarians’ understanding of the issues and use of scrutiny mechanisms to develop effective legislation in this area.

The webinar series also aimed to support progress made under the Commonwealth Cyber Declaration adopted by Commonwealth Heads of Government in 2018 and build upon the CPA UK Cybersecurity Workshop held in Westminster in February 2020.

For further information on the webinar series and clips with key takeaways, please see the report below:

In the last week of February 2020, CPA UK hosted a Cybersecurity workshop to help Parliamentarians from across the Commonwealth develop their capacity on Cybersecurity.

The objective of this workshop was to explore and support delivery of the commitments in the 2018 Commonwealth Cyber Declaration. This included raising awareness of current cybersecurity threats and challenges. There were discussions on existing international and regional laws, and frameworks on cybersecurity, including the African Union Convention on Cybersecurity and Personal Data Protection, and the Budapest Convention on Cybercrime.

The workshop provided an opportunity to promote good practise and look at ways in which Commonwealth Parliaments can support each other in combatting cybercrime and developing cybersecure legislation.