In February 2019, a CPA UK delegation visited Seychelles to learn more about the achievements as well as the challenges faced by small island states in the Commonwealth. A key focus for the visit, which was led by Baroness Blackstone, was to learn about the Blue Economy policy championed by Seychelles.

The Seychelles’ Blue Economy is an innovative, holistic policy to sustainably grow an integrated, ocean-based economy. It embraces the value of the ocean - not just in economic terms but also in terms of climate change, sustainability and security. It is related to UN Sustainable Development Goal 14 ‘Life under water’, and acknowledges the inextricable link between the land and the ocean.

Seychelles has launched the world’s first sovereign Blue Bond, raising US $15 million from international investors. Proceeds from the bond will fund the expansion of marine protected areas, sustainable marine and fisheries projects and the development of the Blue Economy. The UK delegation was impressed by the Seychelles’ Blue Economy, including its Blue Bond, setting a powerful example for other small island states.

Seychelles punches above its weight in relation to maritime security. Seychelles managed to largely contain the threat of Somali pirates in its waters, catching and prosecuting Somali pirates effectively. This has enabled Seychelles to widen its focus on a larger range of maritime crime, including drug trafficking, human trafficking and illegal fishing.

The delegation paid a visit to the Regional Coordination Operations Centre (RCOC), a multinational institution based in Seychelles. As the first of its kind in Africa, the Centre’s mission is to coordinate regional maritime safety and security operations in the Indian Ocean. The RCOC has no operational capacity itself but informs participating coastal states of potential threats. A key challenge is that coastal states do not always have the capacity to deal with the security threats on their coastlines. The delegation was impressed with the leading role that Seychelles plays in the region with regards to maritime security.

The tuna canning industry is the biggest employer in Seychelles, and the UK is the second largest export market for tinned tuna from Seychelles. To ensure the continuation of trade after the UK’s departure from the EU, the UK has signed an economic partnership agreement with Seychelles, Mauritius, Madagascar, Zimbabwe: the Eastern and Southern Africa (ESA) Economic Partnership Agreement (EPA). The ESA-UK EPA maintains the effects of the ESA-EU EPA in a bilateral context, with the UK providing immediate duty-free quota-free access to goods from ESA states. In exchange, the ESA states commit to more gradual tariff liberalisation.

Seychelles covers approximately 6% of the Indian Ocean coral reefs. Coral reefs are beneficial in many ways, for example for fostering the fish population for the fishing industry, for protecting the coastline from erosion, as well as for the tourism industry. In 2016, Seychelles experienced a coral bleaching event caused by prolonged increased sea temperatures. The coral cover percentage crashed and has not yet recovered. The delegation met with WiseOceans and the Marine Conservation Society of Seychelles to learn more about local coral conservation projects. They also visited a coral nursery, where corals are grown before they are placed back into the ocean. Unfortunately, coral bleaching is going to become more frequent and more severe, so a long-term strategy is needed to maintain coral reefs.

Another threat to the ocean in Seychelles is plastic waste. Seychelles has recently banned single use plastic bags, straws, cutlery as well as takeaway boxes. However, no recycling takes place except for glass bottles. The possibility for recycling paper waste is being explored, but there is a lack of economy of scale, so recycling is expensive. At the same time, the population should be further educated on the impact of waste on the environment. Wildlife conservation is embedded in the school curriculum - the same should be done for waste and recycling.

Nonetheless, most of the waste washing up on Seychelles’ shores comes from abroad. The Aldabra Atoll is one of Seychelles’ most distant islands - over 1000 km southwest of the main island of Mahé – and is one of the world’s largest raised coral atolls. It is uninhabited, but its beaches are covered in ocean trash. The Aldabra Clean Up Project is a collaborative project by researchers from Oxford University’s Queen's College and the Seychelles Islands Foundation. The Project is leading a five-week expedition to Aldabra to remove tonnes of rubbish from its shores, and to analyse the waste to find out where it came from. The delegation met with the project team and wished them the best of luck with their expedition, that started the following day.

The full report of this delegation visit is available here. 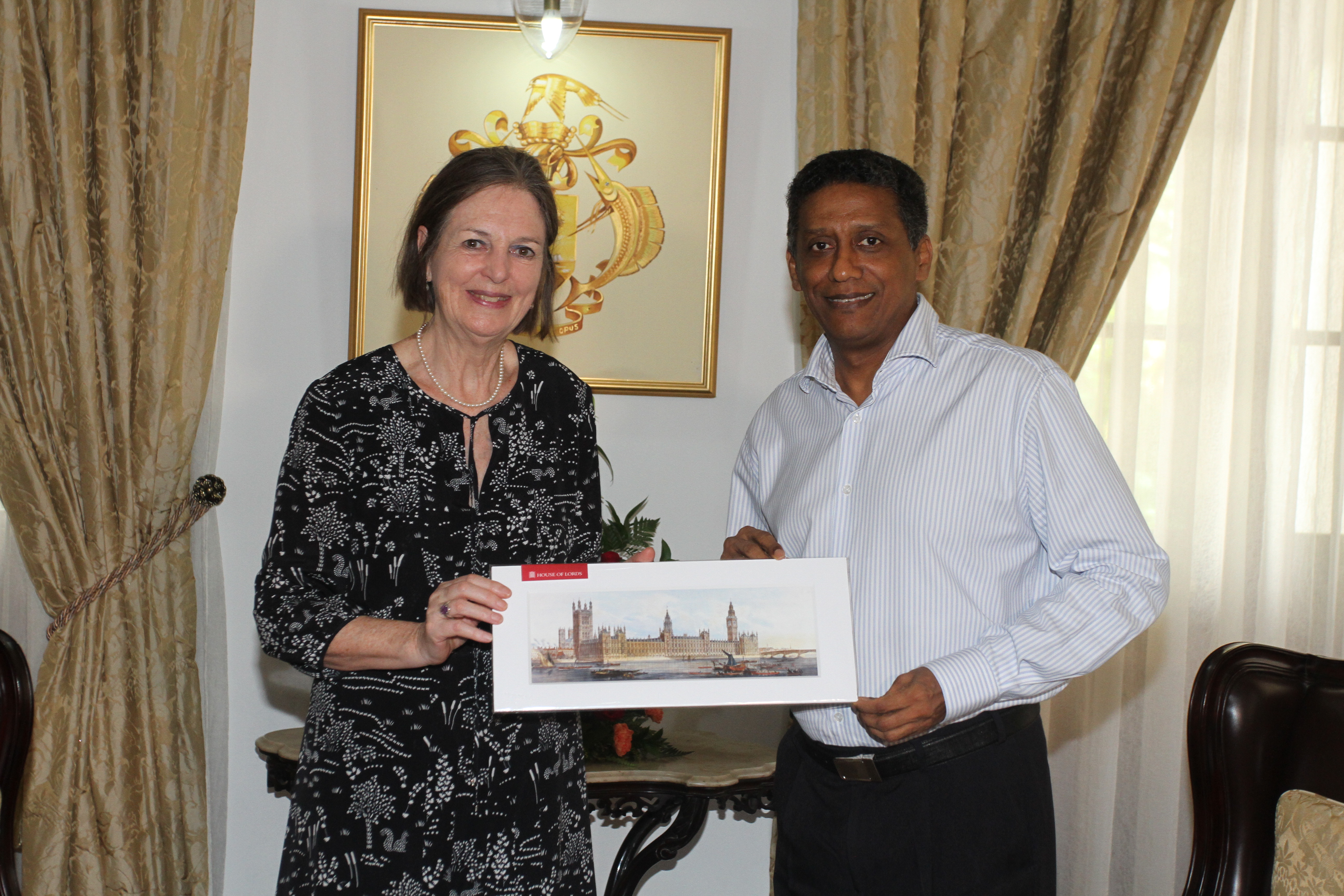 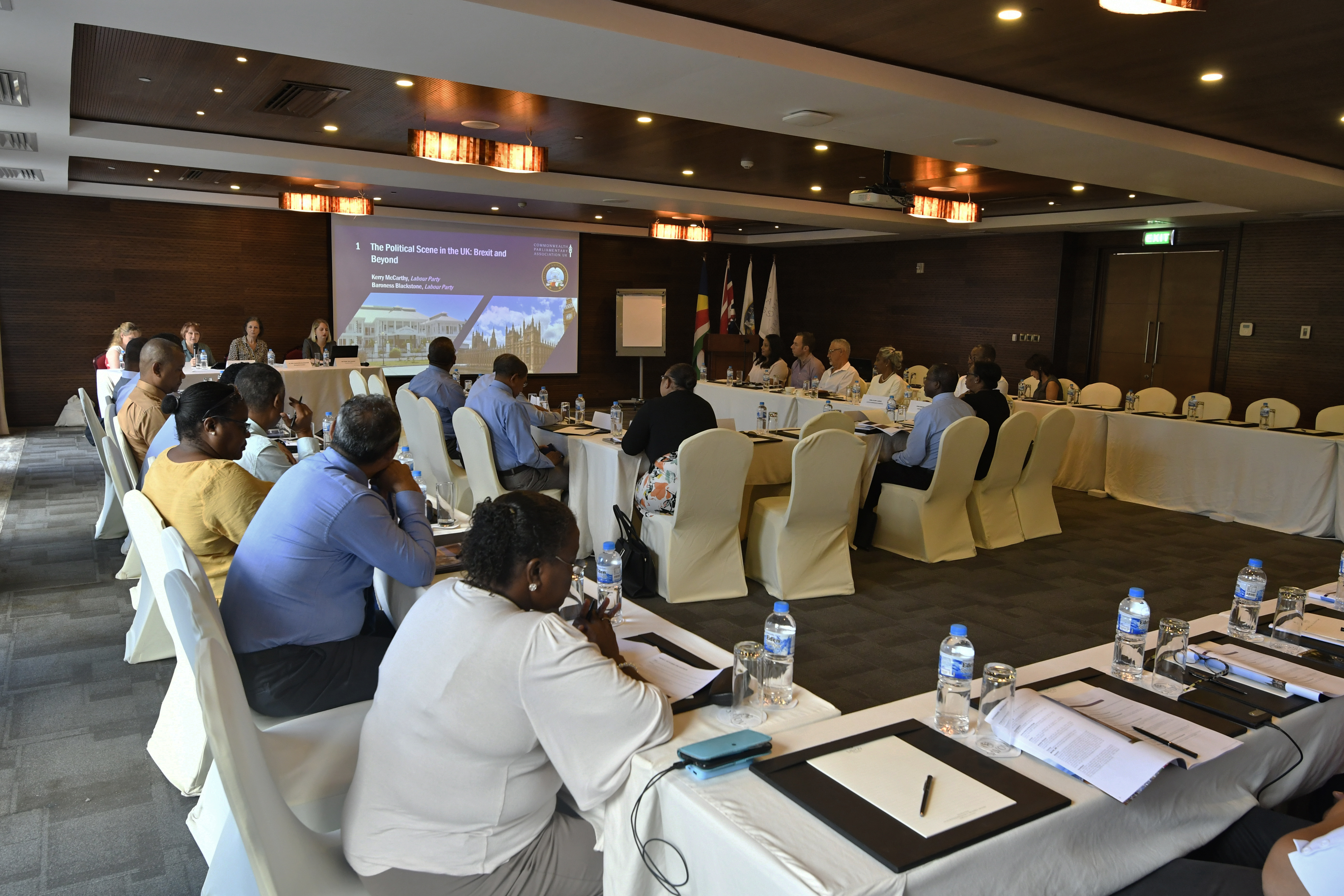 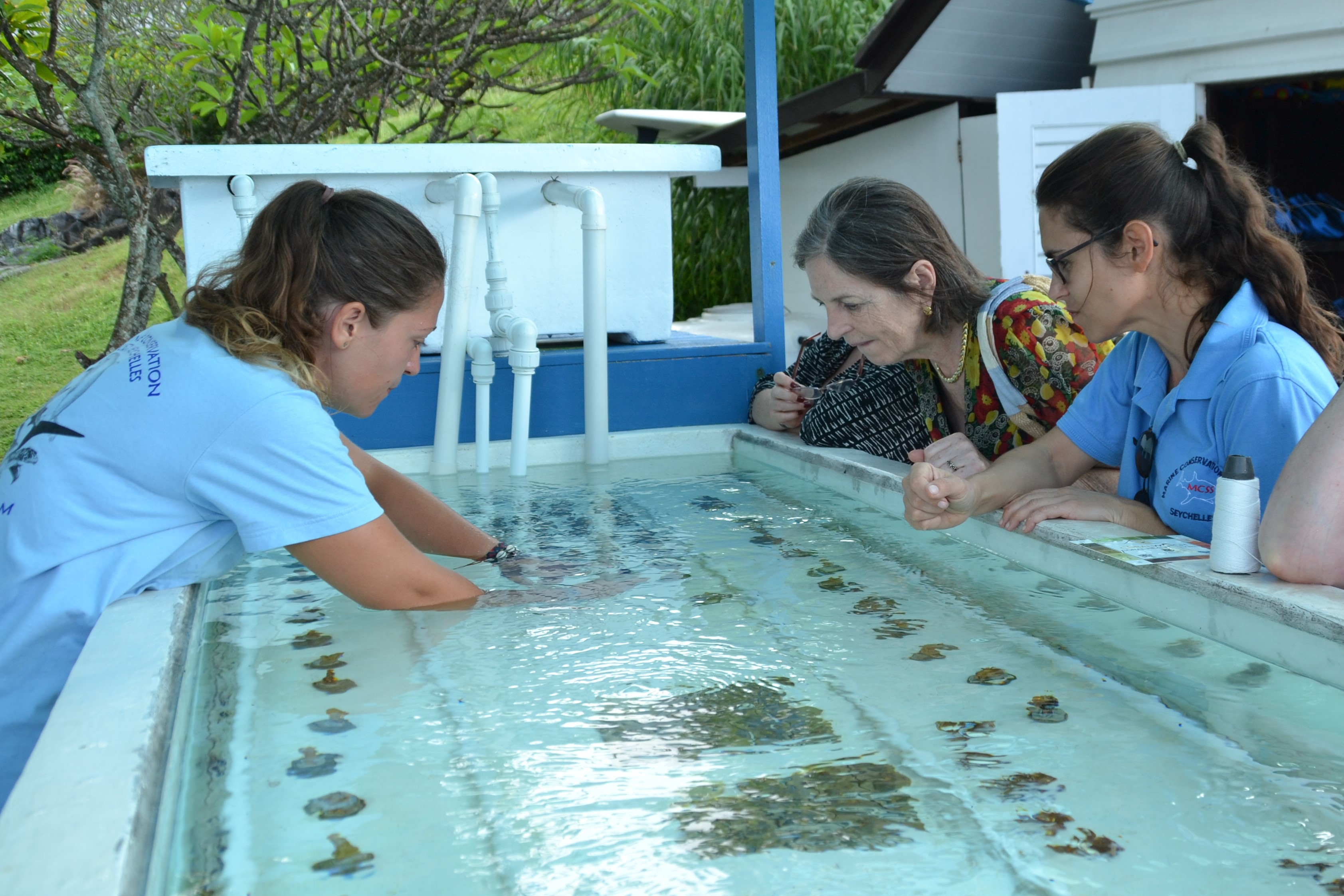 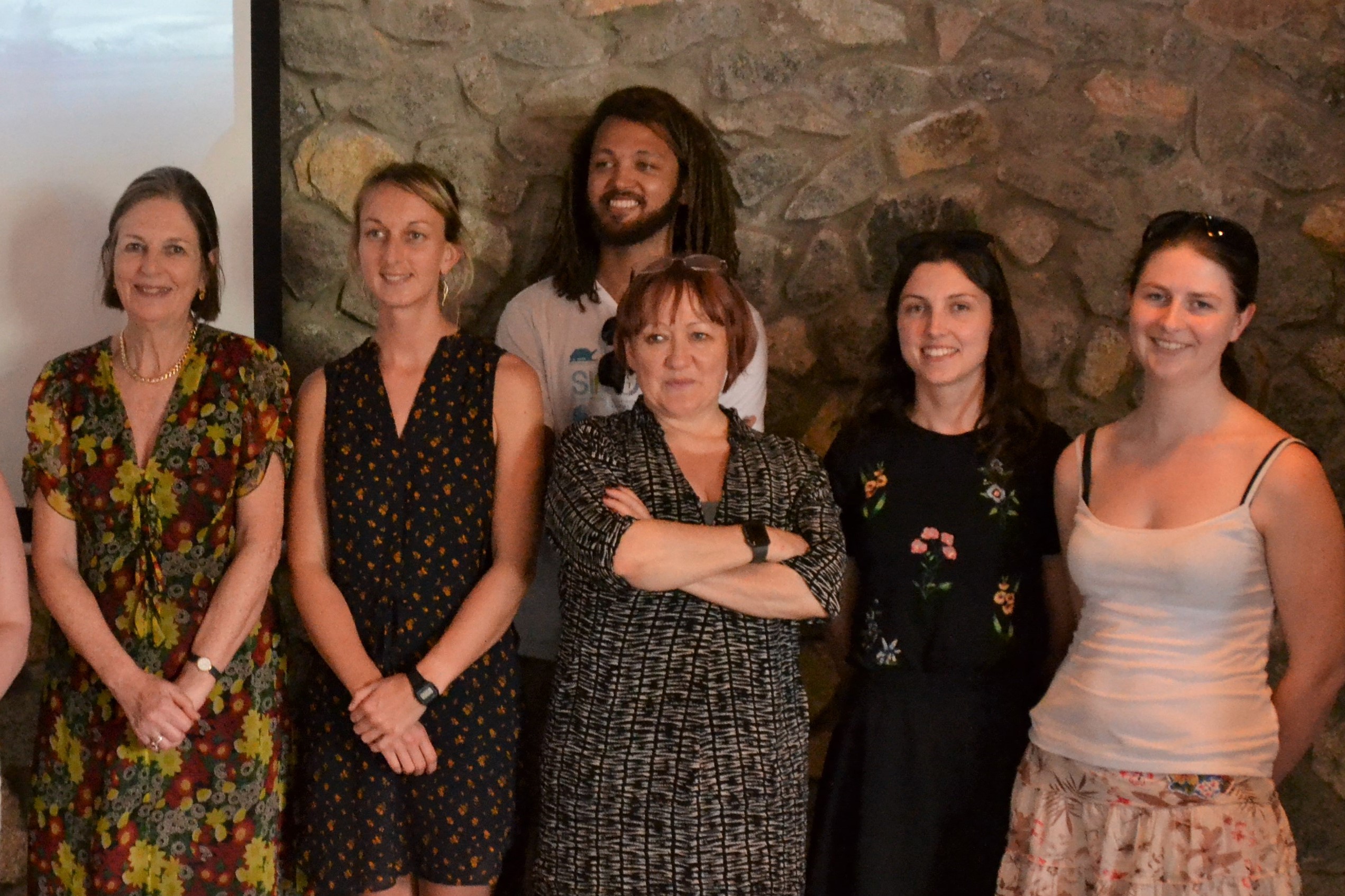 Meeting with the Aldabra Clean Up Project