The delegation met with H.E. the Deputy Speaker Eva Abdulla, MDP, accompanied by members of the Public Accounts Committee at the People’s Majlis, Malé.

In November 2021, a four-member Commonwealth Parliamentary Association UK (CPA UK) cross-party delegation of members and officials from the UK Houses of Parliament, visited Maldives. The full report of their visit has now been published. Some highlights are included below.

The visit was one of many firsts and re-invigorated relationships with the parliaments of Maldives, Sri Lanka and Bangladesh for the first time since the pandemic began. Alongside the workshop, the visit also included meetings with the British High Commission in Malé, H.E. the Deputy Speaker, the Maldives-UK Friendship Group, and members of the Opposition Party.

The visit included a two-and-a-half-day workshop that was attended by 12 parliamentarians, seven clerks and a number of observers including members of the Auditor General’s Office and the Anti-Corruption Commission. Split across 13 sessions, members and clerks had the opportunity to discuss challenges and to share techniques on questioning witnesses, holding the Government to account and cross-party working. The most noteworthy aspect of the workshop was the culture of trust, transparency and openness among delegates which allowed them to share challenges and opportunities with one another. All four legislatures agreed to continue collaborating through their participation in the Commonwealth Association of Public Accounts Committees (CAPAC).

The People’s Majlis, Parliament of Maldives, is the unicameral legislative body of Maldives. The Majlis is composed of 87 members with around 50 MPs are under the age of 45 (59.8%). Currently, four women are members (4.6%), a reduction from the five that were elected in the previous Parliament. The gender disparity is attributed to several factors, including the volatile and violent political landscape, online and social media harassment and low levels of confidence and willingness to apply from women candidates. The People’s Majlis is actively looking at ways to promote women’s representation at Atoll Council levels in the hope that this will translate into greater representation at national parliament level.

Social problems, gang crime and high rates of drug use are believed to have contributed to the radicalisation of young men. Since Maldives’ economy largely depends on tourism, inactivity and unemployment due to the impact of the pandemic may also be exacerbating the problem. During their time in Maldives, the delegation learnt about initiatives to reduce the threat. Like the UK’s PREVENT programme, Maldives has a programme of early intervention and rehabilitation schemes to prevent the radicalisation of young men.

While no islands have been lost to rising sea levels due to climate change, islands have been lost to natural disasters. The tsunami in 2004 destroyed 14 islands and displaced nearly 12,000 people (7% of Maldives’ population). Another key concern is the merging of seasons, which has made predicting the weather and monsoon seasons particularly difficult in recent years. Maldives is well regarded for its tuna exports and uses ancient fishing techniques, such as pole and line fishing, which are known to be a selective, sustainable, and equitable method of catching tuna.

Maldives is strategically located in the Indian Ocean and attracts international attention from big players in Asia such as India and China. Regional trade relationships heavily influence national politics in Maldives. There is a general debate around the influence of India, China and the Commonwealth in Maldives and divides can sometimes form around party lines.

A full summary report is available to download here. 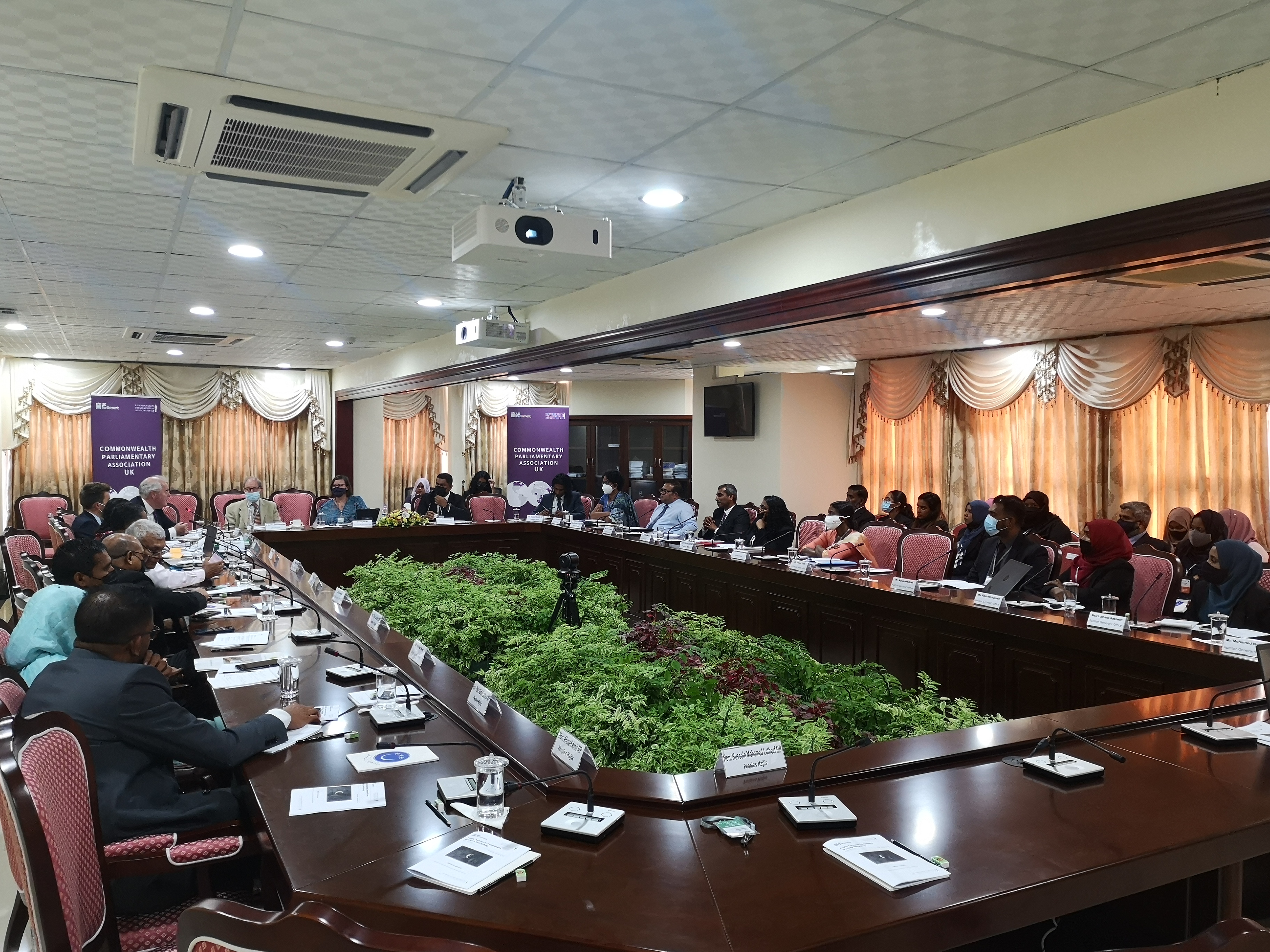 The PAC Scrutiny workshop was attended by 12 parliamentarians, 7 clerks and countless observers from the Auditor General’s Office and the Anti-Corruption Commission. 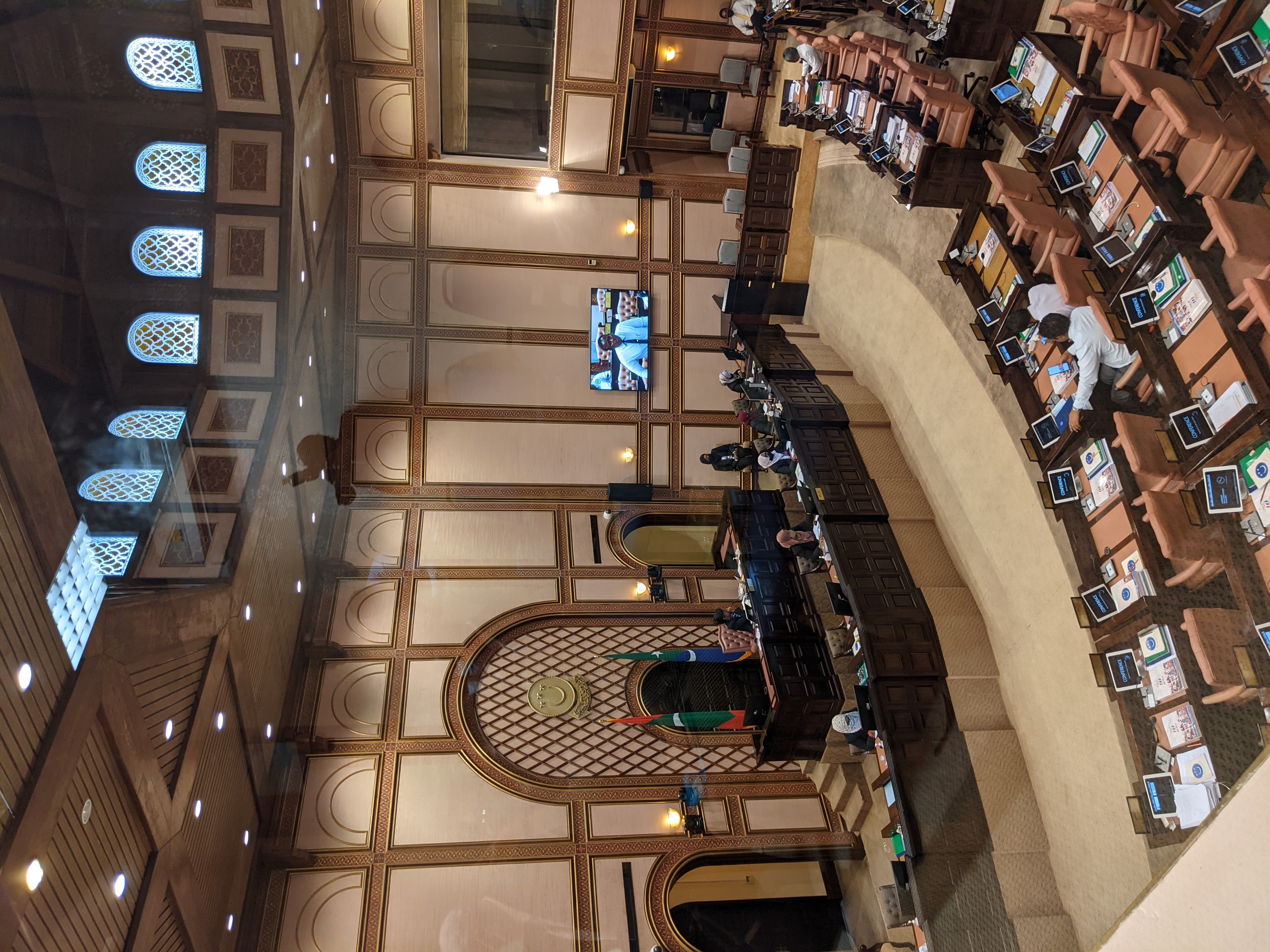 The People’s Majlis, Parliament of Maldives, is the unicameral legislative body of Maldives. The Majlis is composed of 87 members.