Working Towards Gender Balance in Parliaments

CPA UK was delighted to connect the Belize Speaker, the President of the Senate of Belize and Belize parliamentarians with a panel of experts on gender balance in UK politics during a bilateral visit to the UK Parliament in October 2018.

In Belize, two of the 31 Members of the House of Representatives elected in the last general election were women (6.5%). The 12 Members of the Senate are nominated and appointed by the Governor General of Belize and include two female senators (16.7%). Madam Speaker Laura Tucker-Longsworth was sworn in as the Speaker of the House of Representatives in Belize in January 2017 and is the second woman to hold this position. She is a keen advocate for getting more women elected and involved in politics.

The Belize delegation and UK panel discussed at length how parliaments can be made more accessible for women and minority groups. They touched on the importance of dedicated committees in scrutinising the policy of Government through a gender lens, reform of the candidate selection process amongst political parties and making structural changes within in Parliament.

Key practical breakthroughs which have increased the gender sensitivity of the UK Parliament have been reducing the number of late sittings, introducing a nursery and dedicated rooms for breastfeeding, more financial support for political candidates and hanging more portraits of women around the Palace of Westminster.

The UK panel recognised that while some progress has been made to improve the gender balance in the UK Parliament, there is still much more to do. A record of 208 women MPs were elected to the House of Commons at the 2017 General Election (32%), but this number needs to continue going up. The UK Parliament will undertake a gender sensitivity audit to review its structures, operations, methods and work through a gender lens and identify any barriers to women’s participation and equality between women and men.

UK: Professor Sarah Childs, Birkbeck University; Sarah Petit, Head of Private Office for the Clerk of the House and the Director General; Tansy Hutchinson, Committee Specialist for the Women and Equalities Committee; Vicky Ford MP, Chair of the APPG on Women in Parliament; Helen Goodman MP, Shadow Minister for Foreign and Commonwealth Affairs. 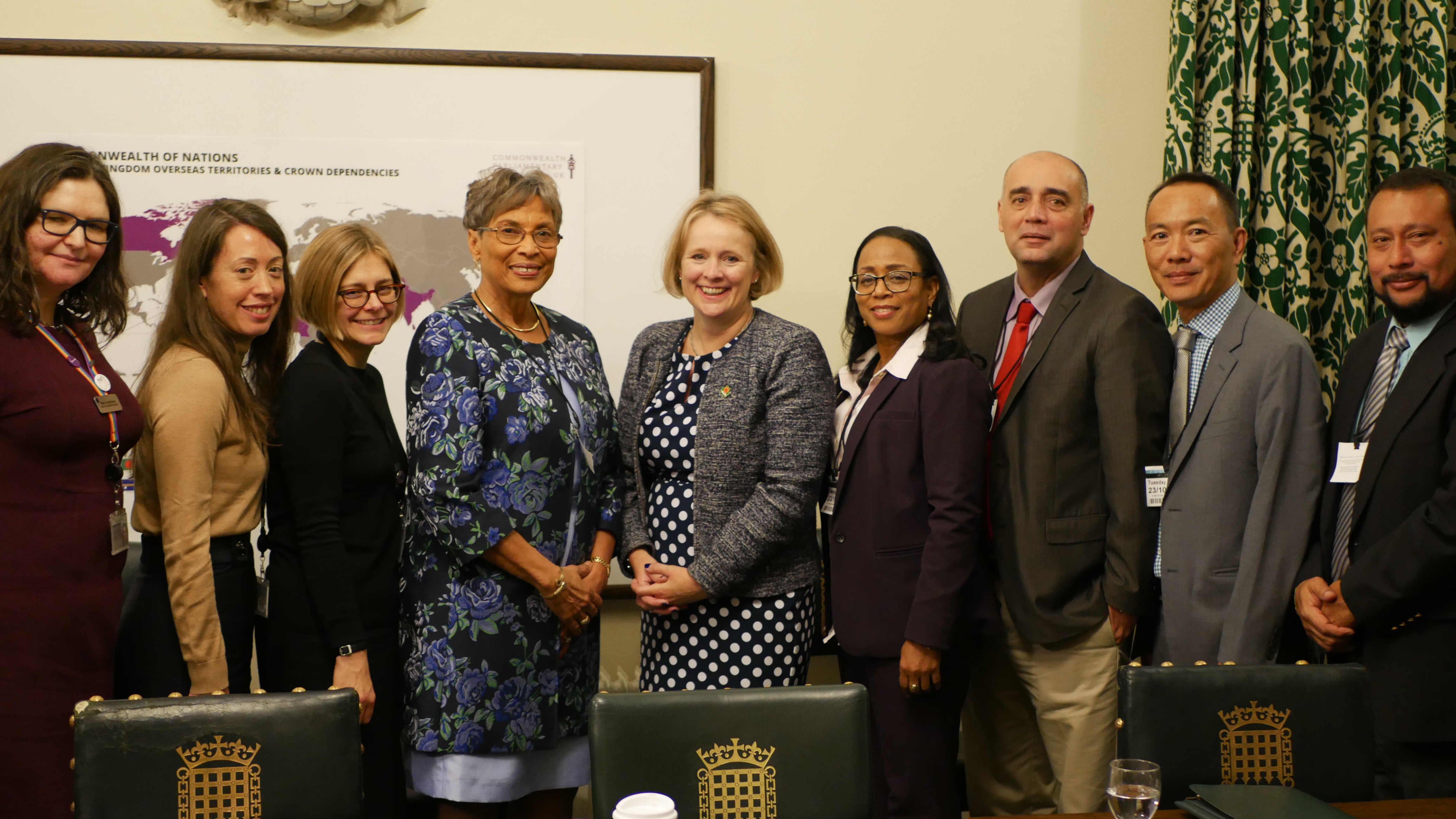 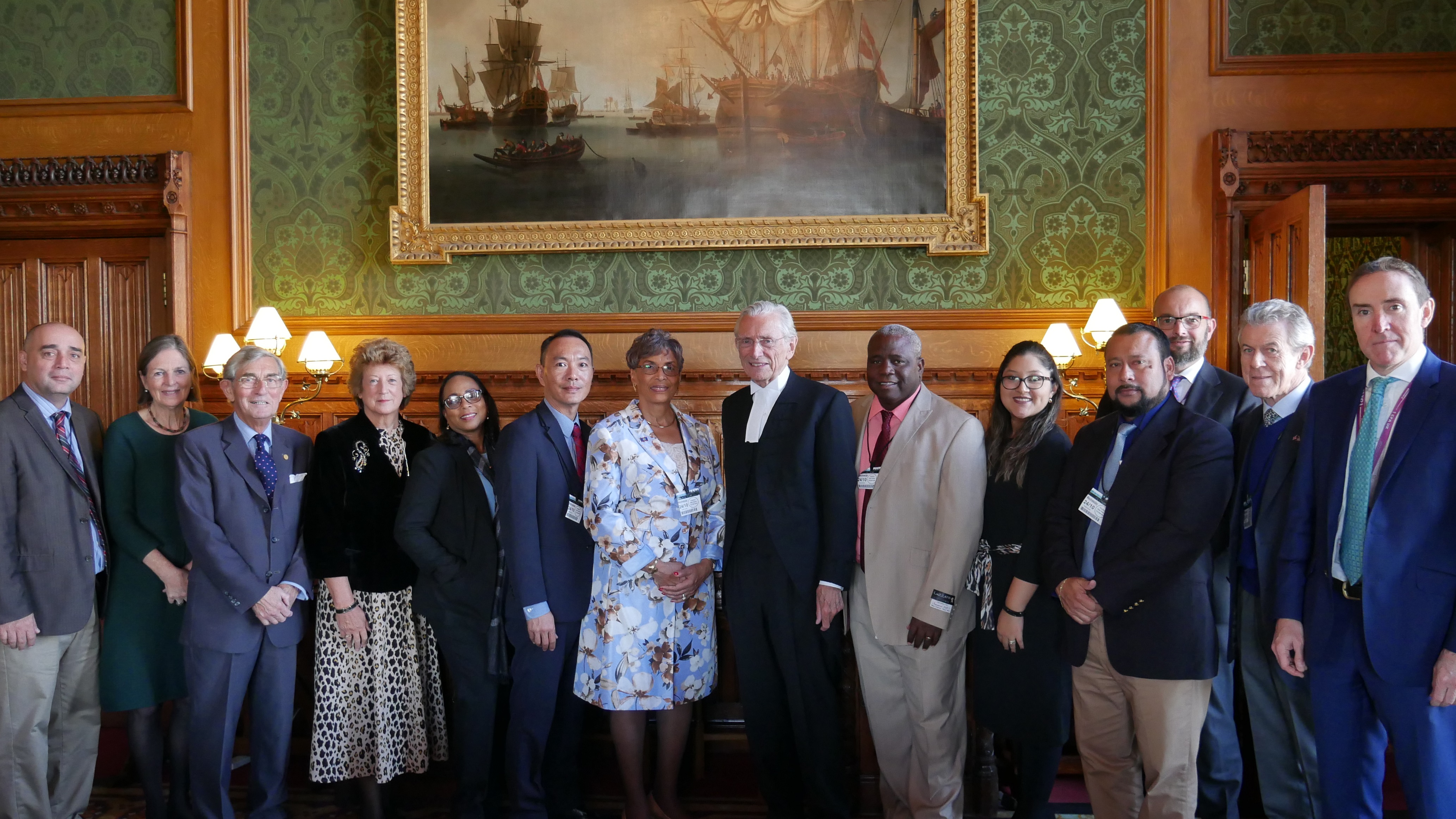 The Belize Delegation with the Lord Speaker 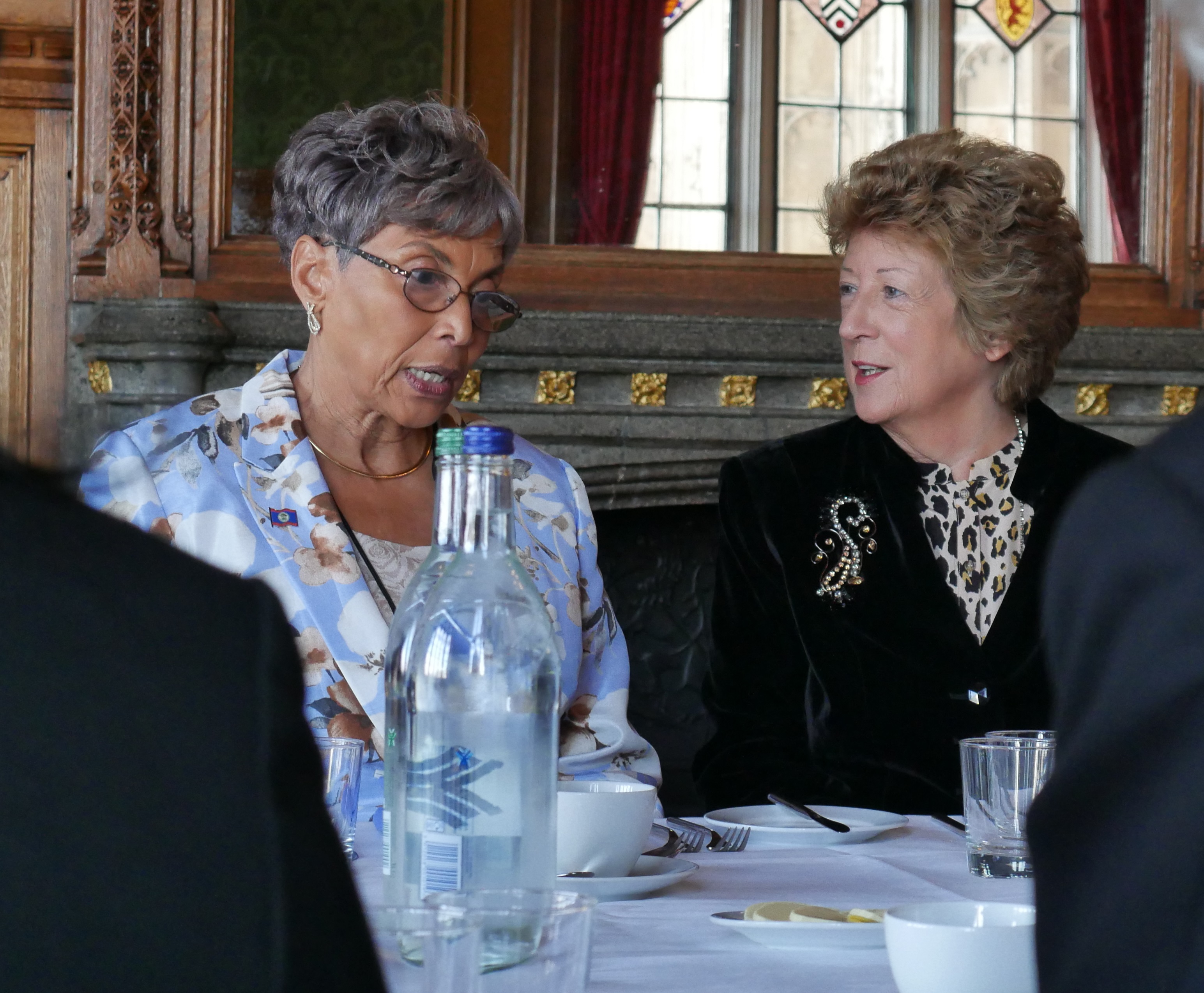 Hon Laura Tucker-Longsworth, Speaker of the Belize House of Representatives with Baroness Anelay