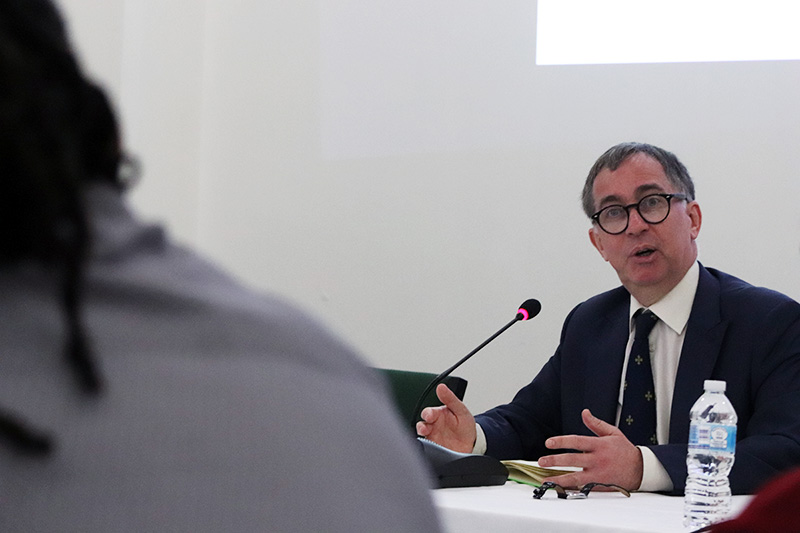 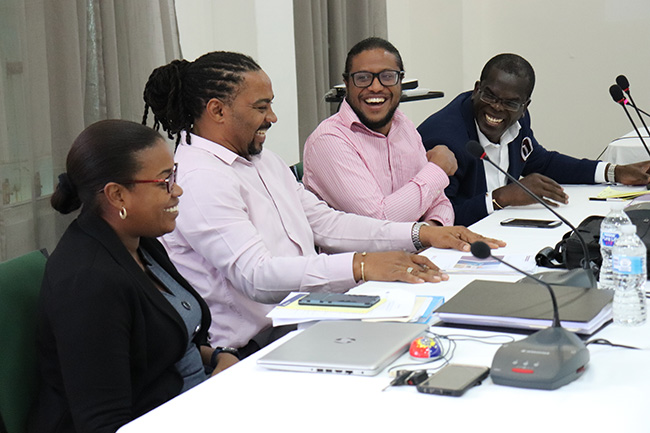 Some thoughts on small jurisdictions. How often in the past 20 years have we heard that it is a little early for the full Westminster model in Wales. Learn to walk before you run, and such limiting notions.

I spent half-term on a Commonwealth Parliamentary Association UK (CPA UK) delegation to Montserrat, the Caribbean Overseas Territory devastated by a volcanic eruption 25 years ago. Plymouth, the capital, abandoned and now submerged in ash. The tour was ghostly – the Pompeii of the Caribbean.

A population depleted to 5,000 and many of them not Montserrat citizens. Yet it is a functioning democracy with a tiny legislature of 9 members. And we worry whether 60 AMs are enough to conduct government!

CPA UK is a mutual support organisation. Our delegation consisted of myself, an MP, and a clerk from the Isle of Man, supported by two excellent CPA UK officials. We were in Montserrat to help the newly elected members of the Legislative Assembly after their general election in November. In particular we focused on the way to strengthen the Public Accounts Committee and sharpen general scrutiny in their parliament. And in return gained from them valuable insights into how democracy adapts to local needs.

It was an inspiration to see the Montserrat politicians working together in a thoughtful, intelligent and enthusiastic manner. They demonstrated why the ancient Greeks believed that small polities were ideal for democracy. We might add that all populations contain the means for their democratic self-government. Citizens can govern! To be sure small jurisdictions have their challenges, but democracy works, big and small.

The major lesson for me was how citizen engagement can flourish in small jurisdictions. In Montserrat the people and politicians alike are full of ideas for the re-building that still lies ahead after the near collapse of society following the eruption of Soufrière Hills Volcano. In an age that casts a jaded eye on democracy, Montserrat was a refreshing reminder of the wonder that is a free political society.