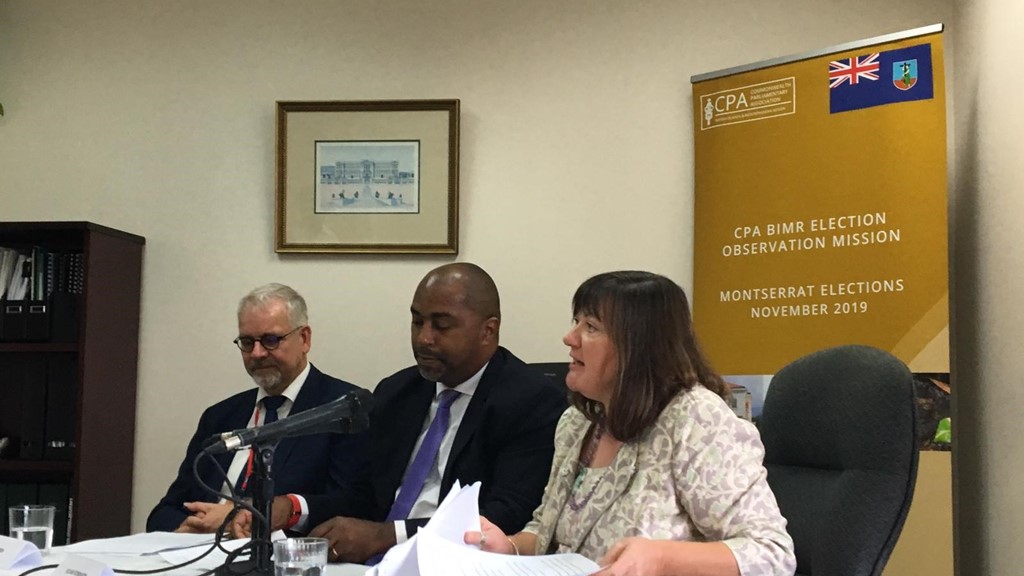 From 11-20 November 2019, international observers carried out an independent Election Observation to the Montserrat 2019 General Election. The Mission concluded the elections were “vibrant, peaceful and highly competitive”, but also made a significant number of recommendations for future improvements.

The Commonwealth Parliamentary Association British Islands and Mediterranean Region (CPA BIMR) was officially invited by the Governor, His Excellency Andrew Pearce, to deploy the group of observers. The invitation was supported by the Government and the official Opposition of Montserrat.

The Mission was headed up by Hon. Julian Robinson MP from the Parliament of Jamaica who was joined by representatives and election and campaign experts from the Isle of Man, Anguilla, Ireland, Denmark, France and the UK.

In the official report, the observers highlighted that the election - which saw the Movement for Change and Prosperity (MCAP) take office - was “exemplary administered with the highest level of transparency, far beyond legal requirements”.

They also noted 17 recommendations to improve elections going forward. These included ensuring the secrecy of the ballot by revising the practice of printing a number on both the ballot paper and the counterfoil.; protecting the right to stand for election for Montserratians by birth and Montserratians by naturalisation; and giving greater access to the media to cover the election process.

Hon. Julian Robinson MP stated ahead of the launch of the Mission’s report:

"The elections in Montserrat were free, fair and conducted professionally by the electoral authorities.

We do believe there are areas such as the legal framework, which need to be strengthened and improved to ensure adherence to international obligations and standards for democratic elections."

This Election Observation Mission is the second General Election CPA BIMR has been invited to observe in Montserrat, the first taking place in 2014. CPA BIMR has also carried out observation missions to Anguilla, Cayman Islands, Virgin Islands (UK) and Turks & Caicos Islands with the aim of reinforcing good democratic processes.