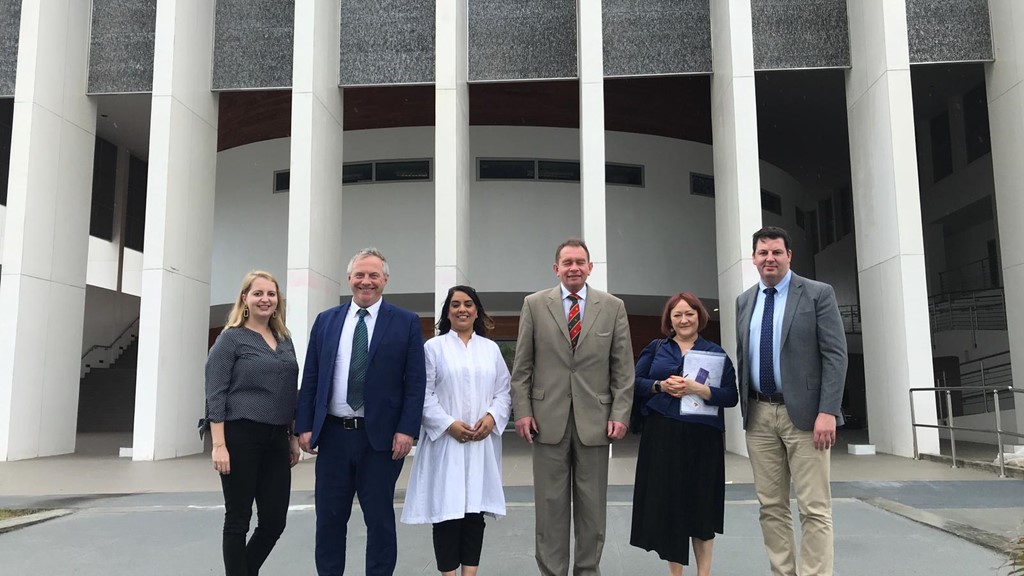 The CPA UK delegation in front of the Parliament of Grenada. The new building was opened in 2018.

From 17-21 February 2020, a six-member Commonwealth Parliamentary Association UK (CPA UK) cross-party delegation of members and officials from the UK Houses of Parliament, visited the Eastern Caribbean. The full report of their visit has now been published. Some highlights are included below.

At the 2018 Commonwealth Heads of Government Meeting (CHOGM) in London, the UK Government announced it would reopen smaller diplomatic posts as part of the UK’s “Global Britain” foreign policy after Brexit, with three new posts in the Caribbean. This means the UK now has the largest diplomatic network in the Caribbean of any country in the world. Additionally, Foreign Office Minister Lord Ahmad of Wimbledon launched the “New Caribbean Strategy” in 2019, committing £500 million to the Caribbean. Therefore, it was an excellent time for a parliamentary delegation to visit the region. The visit was organised in partnership with the Parliament of Barbados, the Parliament of Grenada, and the respective British High Commissions.

There is a unique political landscape in both Barbados and Grenada. As the result of democratic elections in 2018, the lower Houses in both countries were left without representation of an official opposition party. This poses a significant challenge to politics in both countries, with a large number of voters unrepresented in the democratic institutions. Additionally, most parliamentarians of the governing parties were appointed as government ministers. There are only very few backbenchers left that are able to focus all their attention on parliamentary business. This has had a significant effect on both parliaments, with parliamentary committees having effectively been shut down.

As the UK has left the European Union, the trading relationships that were previously covered by EU agreements will have to be revisited. There is a “European Partnership Agreement” (EPA) with the Caribbean region, but the UK will have to wait until the transition period of leaving the EU is over before they decide what they will do with the EPA. So there is still uncertainty on what the relationship will look like in the future. The UK recently proposed keeping trade tariffs in place for importing goods, but this might give a greater advantage to larger countries that are able to produce on a larger scale.

The UK will host the 26th UN Climate Change Conference of the Parties (COP 26), originally planned for November 2020. To small island states in the Caribbean region, the concept of “loss and damage” is vitally important. This concept encapsulates the idea that larger, developed nations are the key contributors towards climate change, but the smaller, less developed nations, which are most vulnerable to climate change, are paying the cost.

While there is widespread, global acceptance of this concept, there is a disconnect between this acceptance and practical support that is being offered. The verbal support offered by developed countries does not translate into concrete action, even though this action is urgently needed. Small island developing states in the Eastern Caribbean hope that developing countries will commit to taking extensive, concrete measures to support the region.

The Windrush scandal has affected the UK’s reputation in the region. The Windrush generation refers to the immigrants that were invited to the UK between 1948 and 1971 from Caribbean countries. In 2018, reports came out about mostly elderly people being denied services, losing their jobs and even facing deportation. The UK delegation was urged to intervene on the Windrush scandal to ensure the rights of the Caribbean’s diaspora in the UK are protected. There is a great concern in the region that their diaspora’s rights are being violated, even though the diaspora migrated to the UK upon the UK government’s request and contributed to rebuilding the country after World War II. The UK delegation reiterated their support for the Windrush generation.

The full report of the visit is available here. 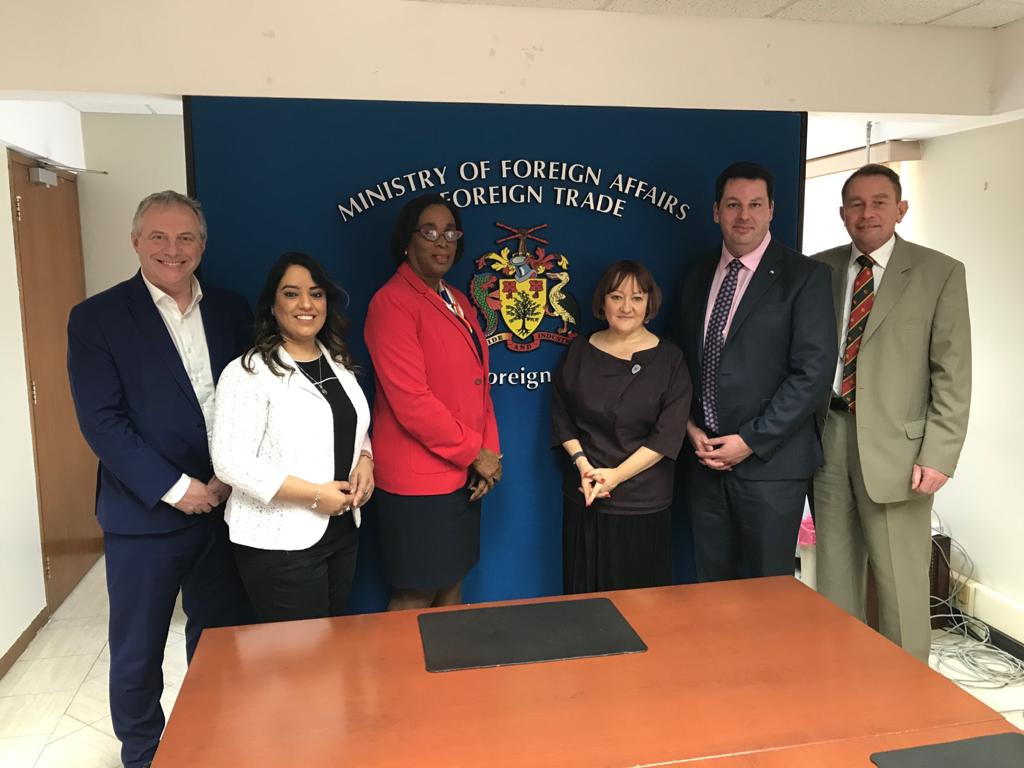 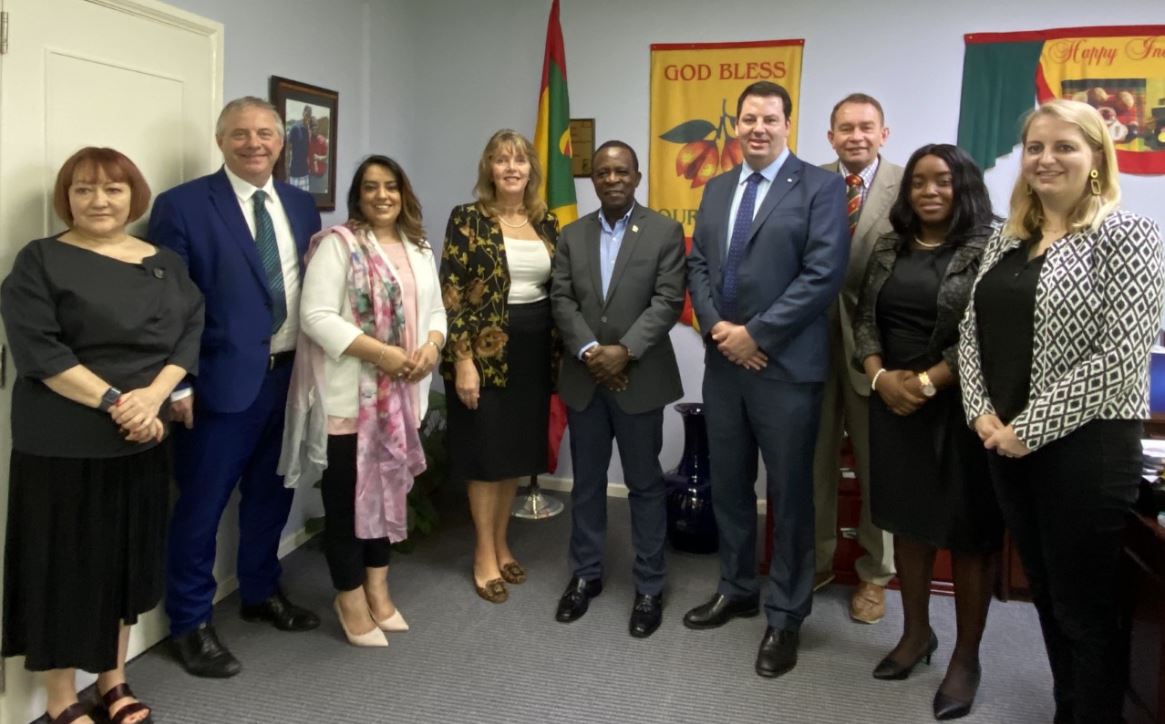