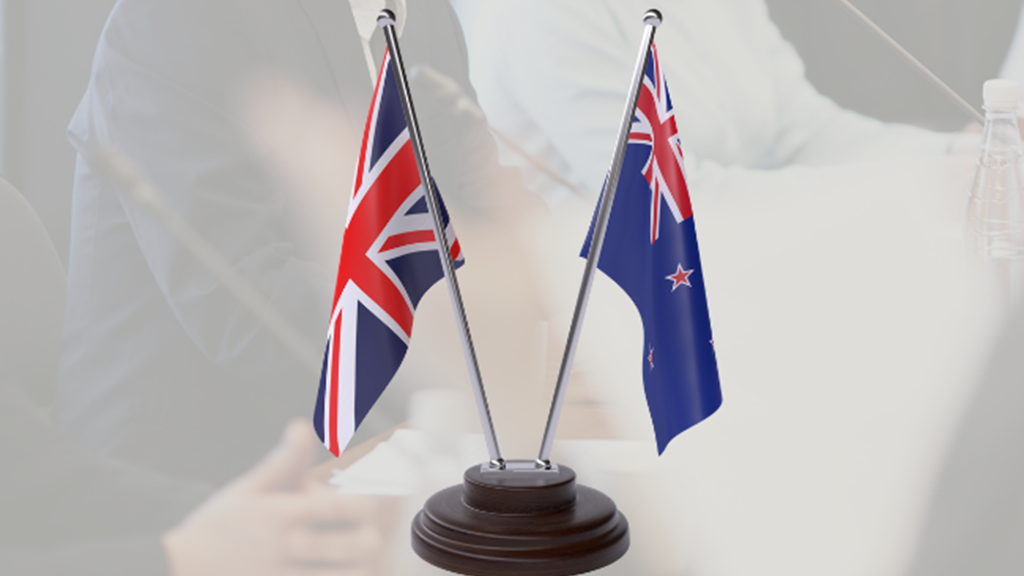 Parliamentarians from New Zealand and the UK met to discuss parliamentary scrutiny of trade agreements for the latest instalment of the UK– New Zealand Mahi Tahi Series (‘Mahi Tahi’ meaning ‘work together’ in Māori) on 28 June.

Conversely, the UK Parliament is bicameral with the House of Lords holding the capacity to scrutinise trade agreements in more detail than their counterparts in the House of Commons. While having the extra capacity to comment on the detail of trade agreements, participants from the House of Lords shared that they did not have the same mandate as their elected colleagues. In the UK Parliament, Upper House Select Committees such as the Lords’ International Agreements Committee scrutinise trade agreements alongside the House of Commons’ International Trade Committee. The International Agreements Committee examines all treaties presented before Parliament, in accordance with the Constitutional Reform and Governance Act 2010. While the Chairs of the Upper and Lower House Committees meet informally to discuss overlap and areas of interest, by design there is little collaboration between the two.

CPTPP and Trade with China

The discussion focused on the UK’s application to join the Comprehensive and Progressive Agreement for Trans-Pacific Partnership (CPTPP).

The discussion touched on China’s recent application to join the CPTPP. Both China and Taiwan have made applications to join the CPTPP – the latter is not recognised as a country by the New Zealand Parliament. Colleagues in New Zealand noted a strong desire to have the UK join the trading bloc but voiced an understanding of the complex relationship with China.

Members from both parliaments made note of current affairs such as the Russian invasion of Ukraine and the impact of international affairs on supply chains across the globe.

Members in New Zealand shared the examples of companies that relied on products being produced in Russia, which has hindered their capacity to operate as usual. This high dependence on Russia considering the recent war has meant that production has stopped.

A comparison was also drawn with COVID-19 lockdowns in China which has shut down production across major cities. The ongoing stringent lockdown measures across the country have had an impact on the speed of production and delivery times. This led participants to stress the desire to diversify supply chains to alleviate interdependence as current affairs have highlighted how quickly circumstances can change.

Discussions on the future of trade focused on three key areas:

Participants noted that agricultural and animal welfare standards differed across borders. This discrepancy, it was suggested, could have an impact on the sustainability of the supply chain. Sustainability was framed not only in terms of the environmental and economic impact low agricultural standards could present but also agreement preferences and political implications considering the growing trend toward heightened animal welfare standards.

When discussing digital trade, it was noted that this is an area in which the Parliament of New Zealand had considerable expertise, and from which the UK Parliament could learn. Participants discussed the merits of the 2020 Digital Economy Partnership Agreement of which New Zealand is a signatory. This agreement was the first digital-only trade agreement, which was something that UK Members wanted to learn more about.

Following discussions of China’s application to join the CPTPP and its growing influence in the Pacific, the need to understand cultural sensitivities when working with counterparts in countries like China was highlighted. Understanding Asian context, culture and building long-term trust were emphasised as being crucial to successful relationships in the region.

The next instalments of the UK – New Zealand Mahi Tahi Series will include a follow-up meeting on climate challenges, modern slavery and human trafficking and legislation to prevent violence against women and girls. Contact Sonu Masania at masanias@parliament.uk to express your interest in joining one of these discussions.