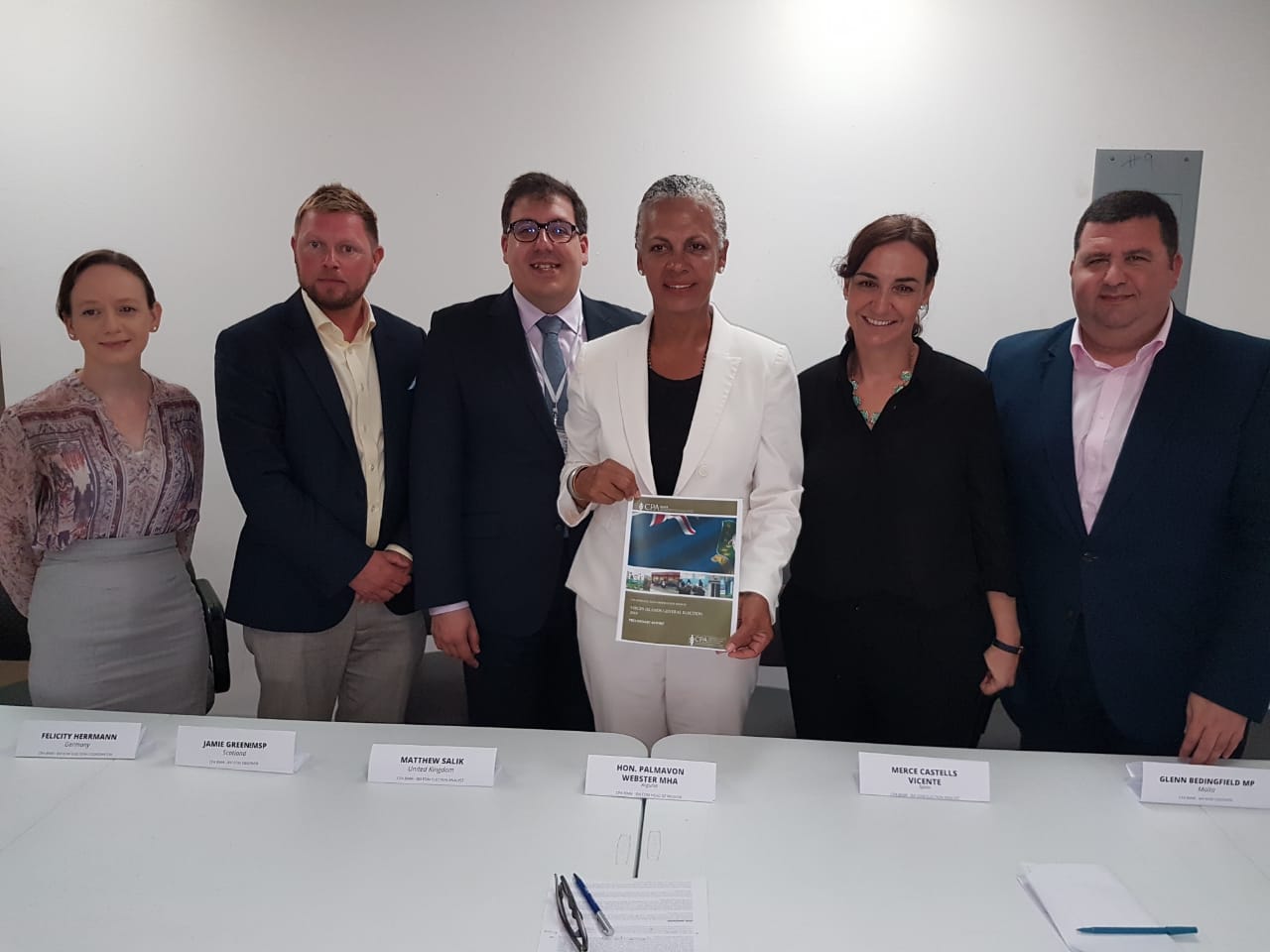 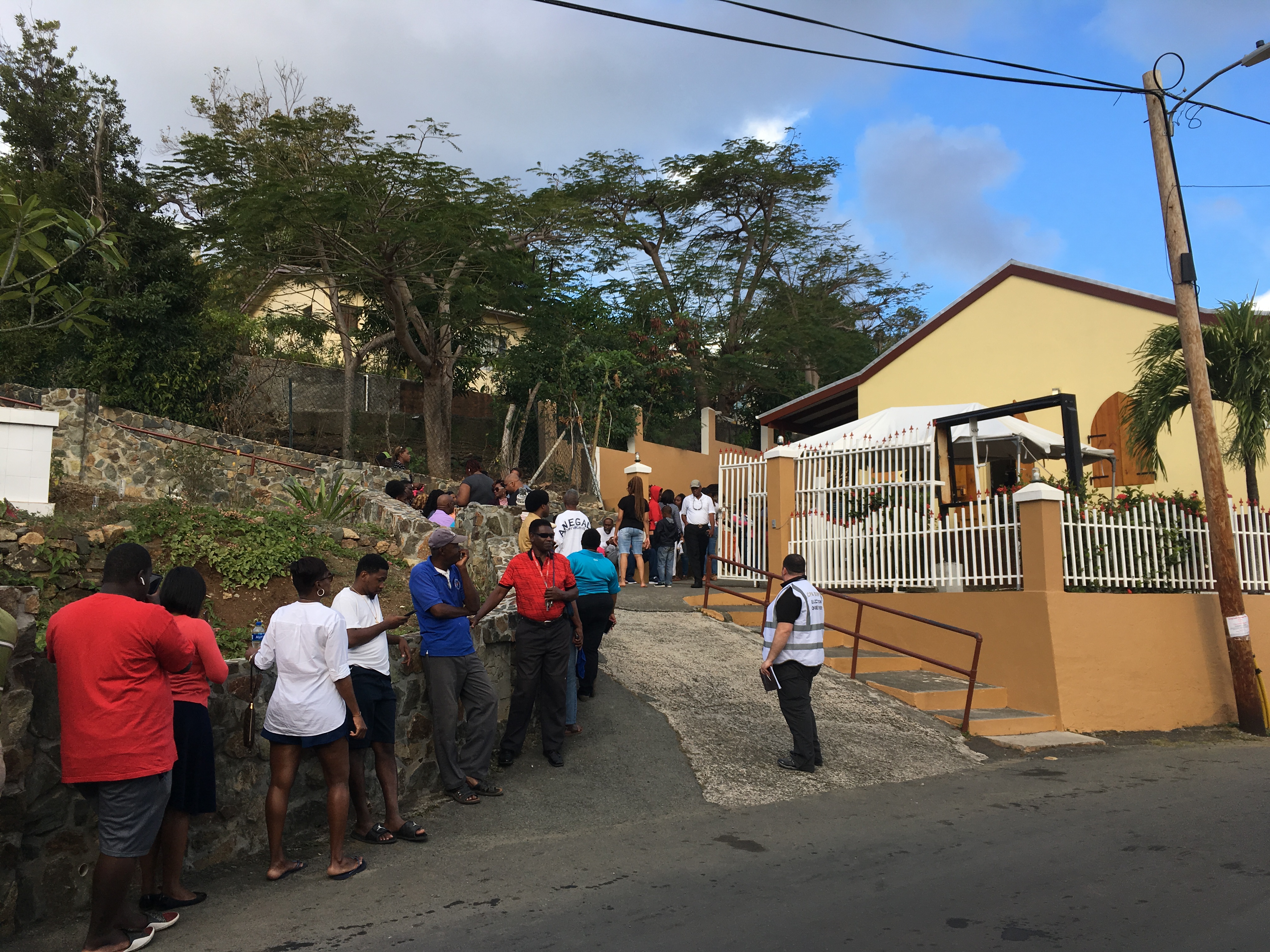 Voters queue at a polling station on election day 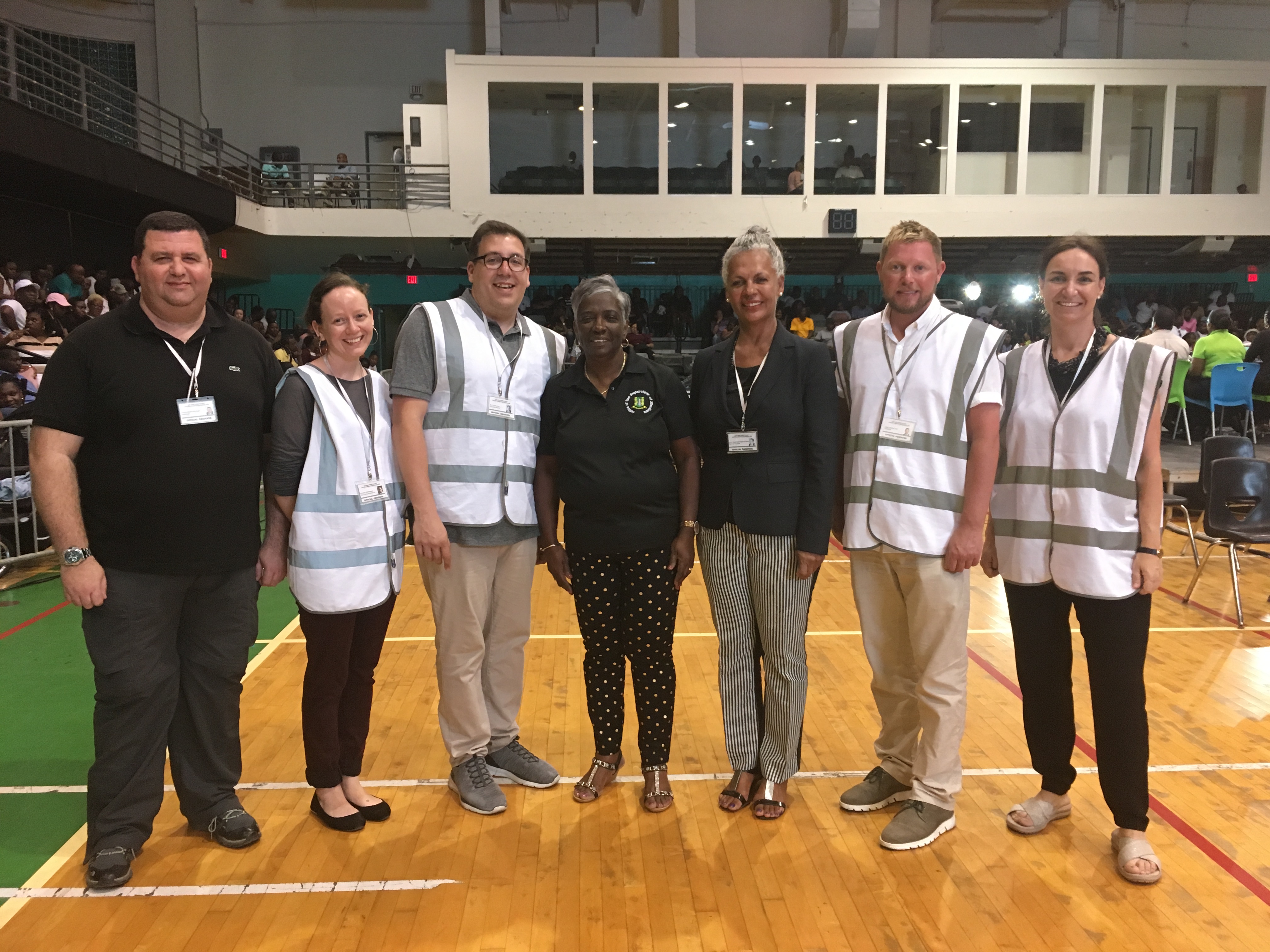 Members of the Mission with Juliette Penn, Supervisor of Elections, at the official vote count 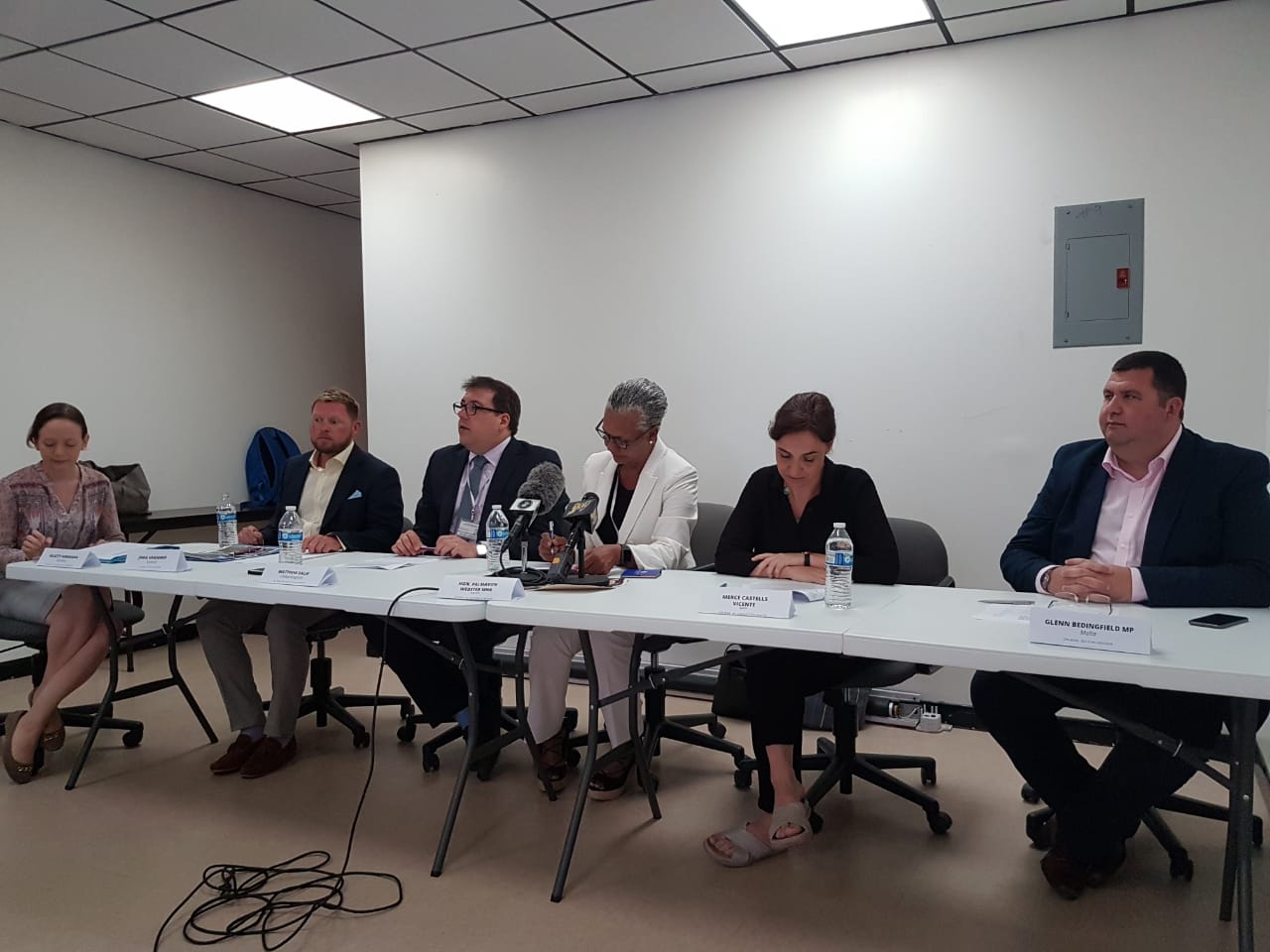 The report commends a well-executed election delivered at short notice and calls for the urgent introduction of campaign finance regulations and a review of restrictive suffrage rights.

“For a third time, a CPA BIMR Election Observation Mission was warmly welcomed in the Virgin Islands and found the election reflected the will of the voters. Based on our observations, the Mission has offered a number of recommendations to further enhance openness, transparency, and participation in the electoral process. We encourage all stakeholders to participate in any endeavours for reform, and would like to thank the Virgin Islands again for their trust and support.”

CPA BIMR was invited by the Governor with approval from the Premier and Leader of the Opposition to observe the elections against international standards, commitments and obligations as well as domestic laws. The Mission consisted of three parliamentary observers, two election analysts, and an election coordinator from across the globe. Present in the Virgin Islands from 15-27 February, the Mission observed political campaigning, electoral administration, voter registration and accessibility, polling, counting and tabulation, and post-election complaints and appeals.

CPA British Islands & Mediterranean Region (BIMR), is one of the nine regions of the CPA network, and is committed to strengthening democracy and good governance. Its secretariat is based in the UK Branch of the Commonwealth Parliamentary Association.