From 25 – 29 November 2019, 22 Clerks from around the Commonwealth participated in CPA UK’s Westminster Seminar.

On Day 1 of the Seminar, Clerks and Members took part in a joint programme in which they explored the current political context of Westminster. Sessions focused on diversity within Parliament, what makes an effective Parliament and the reasons why 2019 has been such a historically defining year of politics in the UK. This overview enabled delegates to set the scene for discussions which followed throughout the week.

On Day 2 of the programme, Clerks had a tailored programme to focus specifically on their role in supporting Parliaments. The first session of the day comprised of a comparative discussion on how the role of a Clerk is similar and/or different across the Commonwealth. This panel was made up of both UK clerks and delegates who held a variety of different roles in their legislatures such as Committee Clerk, Secretary to the Leader of the Opposition and Clerk in the Table Office. Later in the day, Clerks were also able to share best practice and experiences for Clerks of Select Committees and the different challenges that they face in their legislatures such as resources and time, which many of the delegates were able to identify as issues within their own legislatures.

Day 2 also explored the different stages of a Committee Inquiry ahead of the Committee Exercise scheduled for Day 3 in which delegates looked at the theory behind committee scrutiny. The session also sought to draw out some of the challenges that Clerks face throughout the inquiry process such as choosing the right witnesses, managing member demands and how to measure the impact of a committee inquiry once it has been completed.

A key session also explored Member and Clerk relationships. This session focused on both the day-to-day interactions between Members and Clerks as well as the terms in which House Staff work, particularly in the UK. UK Clerks shared with delegates the standards of service and behaviour code which has recently been introduced in the UK as well as highlighting the independent investigation process and culture change work, with the aim of creating a Parliament that is an example of a safe and respectful place to work and visit. Many delegates were interested in how this policy has been introduced and were surprised at how many speakers referenced the policy throughout the week.

Members and Clerks also had a session with Dr John Benger, Clerk of the House of Commons, who recounted his experiences as the principal constitutional adviser to the House since appointment in March 2019 to both Rt Hon. John Bercow, former Speaker of the House and the newly elected Speaker of the House, Sir Lindsay Hoyle who was elected in November 2019.

Day 3 of the programme sought to build on the theory and practice of communication between Clerks and Members. Clerks started the day with an interactive session on communicating and briefing members with an exercise facilitated by UK Clerks on ‘Briefers and Builders’. Following the exercise, delegates discussed how it felt to step in to the shoes of members to be briefed rather than to do the briefing, which allowed them to think more constructively about the briefings they provide and which pieces of information they want their members to absorb.

This session was then followed by a session with Kate Faragher, Director of Bespoke Skills, who worked with the Clerks on how to develop assertiveness when engaging with parliamentarians. Discussions explored how to tackle difficult conversations, how to be confident and convincing and how to manage high expectations. Clerks were provided with several frameworks and practical tips on how to achieve these objectives and were encouraged to practice when back in their own legislatures.

In the afternoon, Clerks had a briefing on the upcoming Committee Exercise in which the Clerks were to brief the Members on questions to ask during the Inquiry. Following the briefing, and whilst the Committee Exercise was taking place, Clerks then noted what they thought the main outcomes of the exercise were, in order to be able to write the recommendations during the first session the following day.

On Day 4, Clerks started the day by exploring how recommendations and reports are developed following a committee inquiry. Discussions focused on how to identify the audience based on the outcomes of the hearings, and to then think about how to adapt the pitch of the report to the intended audience i.e. the Government, the public or the media. Clerks also considered what the recommendations would be from the Committee Exercise the day before and thought about how to synthesise the many potential ideas for recommendations from Members and Clerks after an inquiry to create one report which will achieve consensus with an entire committee.

Clerks then heard from the UK Parliament’s Outreach Team who work with select committees on engaging with the public. Delegates were able to use an interactive voter pad during a warm-up exercise and heard of different platforms in which to engage with the public. Clerks were given practical tips on how they too could involve citizens in the debate back in their legislatures despite limited resources, either through social media, travelling to constituencies and online video platforms such as Skype.

In the afternoon, Clerks heard from the Clerk of Legislation for the House of Commons who talked through the passage of bills in the UK and a run through of the achievements and failures of a range of bills that were rejected and passed through the UK Parliament during the last session. This was followed by a session in which Clerks explored the challenges of impartiality and remaining neutral in their roles. Clerks heard specific case studies from both the UK and Northern Ireland, particularly in relation to Brexit and the challenges that have emerged for Clerks working on such a politically contentious issue.

Finally on Thursday, Clerks heard from the CEO of the Independent Parliamentary Standards Authority (IPSA) and the Registrar of Members’ Financial Interests based in the UK Parliament. Clerks learned about the establishment and role of IPSA in the UK in regulating MPs salaries, business costs and expenses and how IPSA and the UK Parliament work together to ensure financial standards are upheld. Clerks also heard about the code of conduct which is relayed to all Members when they take up their position as an MP in the UK.

On the 5th and final day of the Westminster Seminar, Clerks had a chance to reflect on the week long programme and to think about how they can take their learning forward when they return to their legislatures. Following this focus group session, Clerks were given a tour of the House of Commons Library and a talk from both the Director of Research and a Senior Library Clerk on the role of the House of Commons Library as well as research and data collection in the UK.

Finally, Clerks and Members were brought together for the closing ceremony in which The Rt Hon. the Lord Haselhurst delivered a keynote speech alongside the presentation of certificates by Jon Davies, CEO, CPA UK. 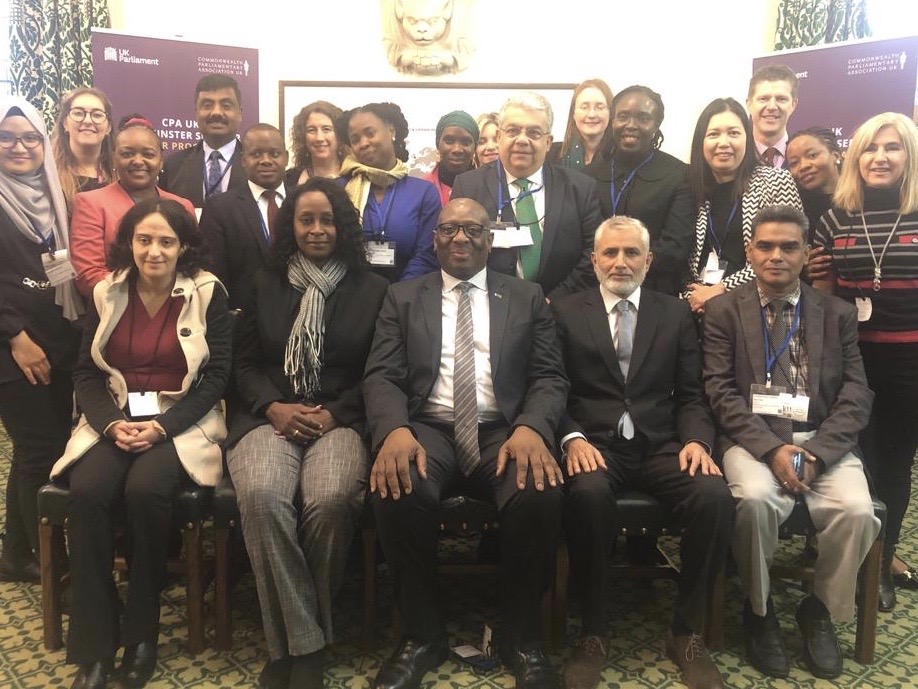 Group photo of the clerks attending the Westminster Seminar 2019 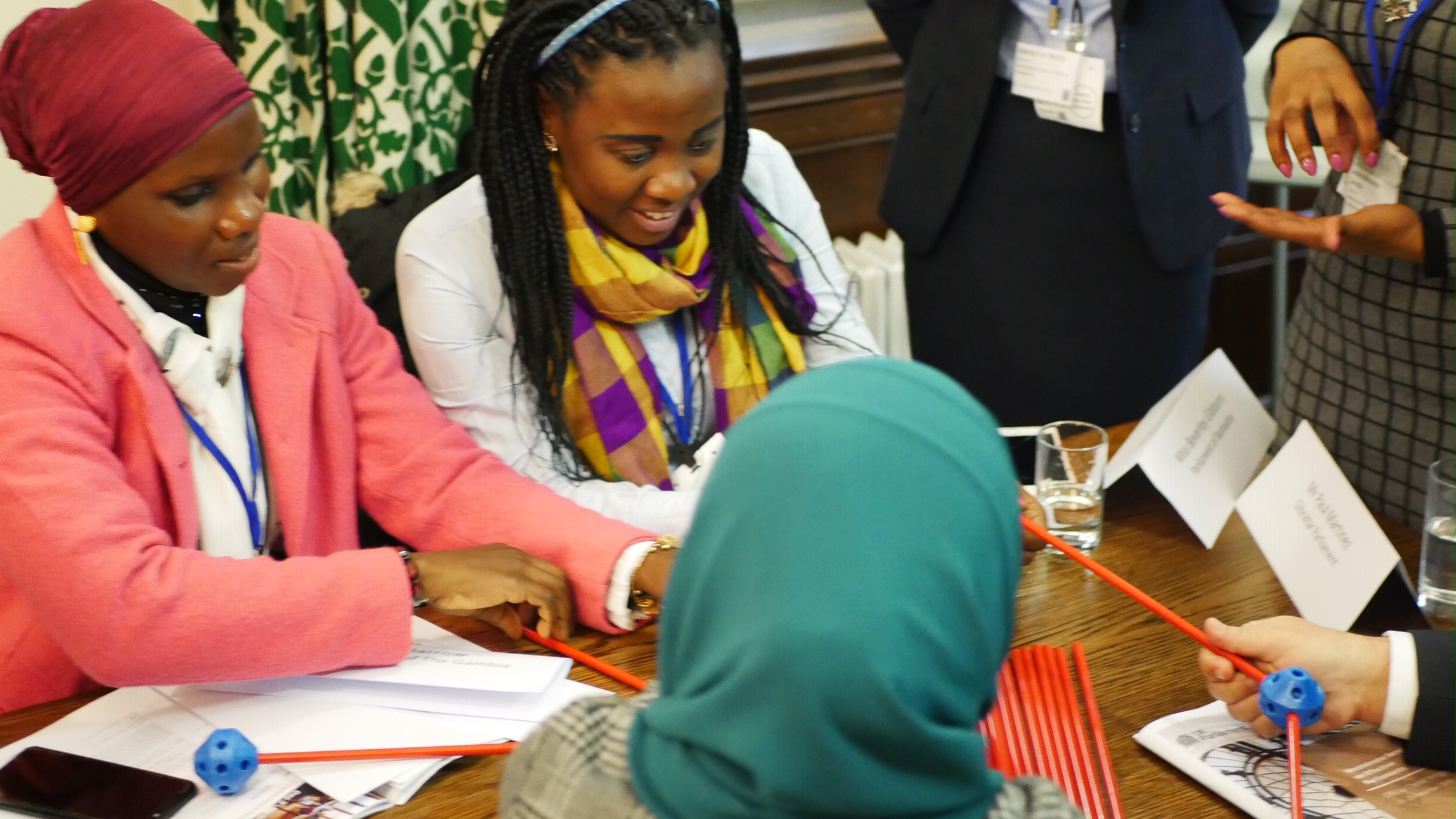 Clerks participating in a briefing session 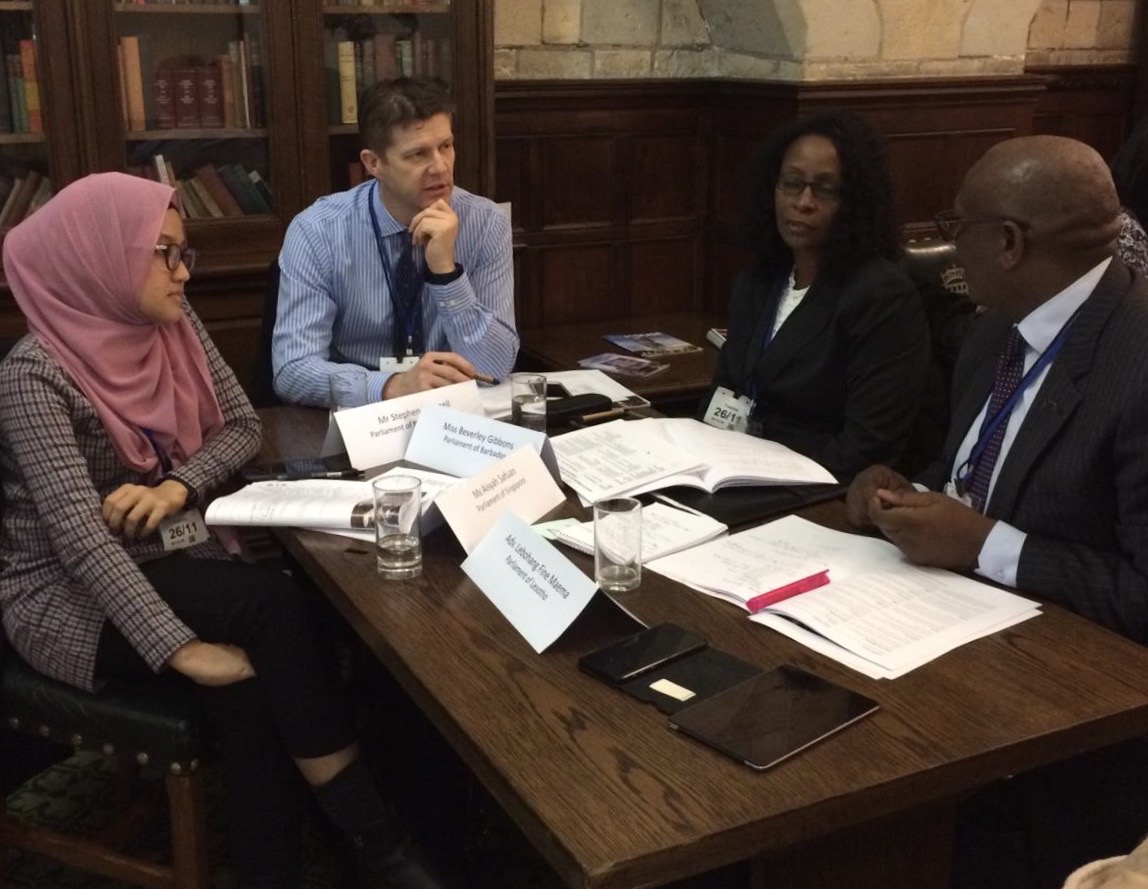 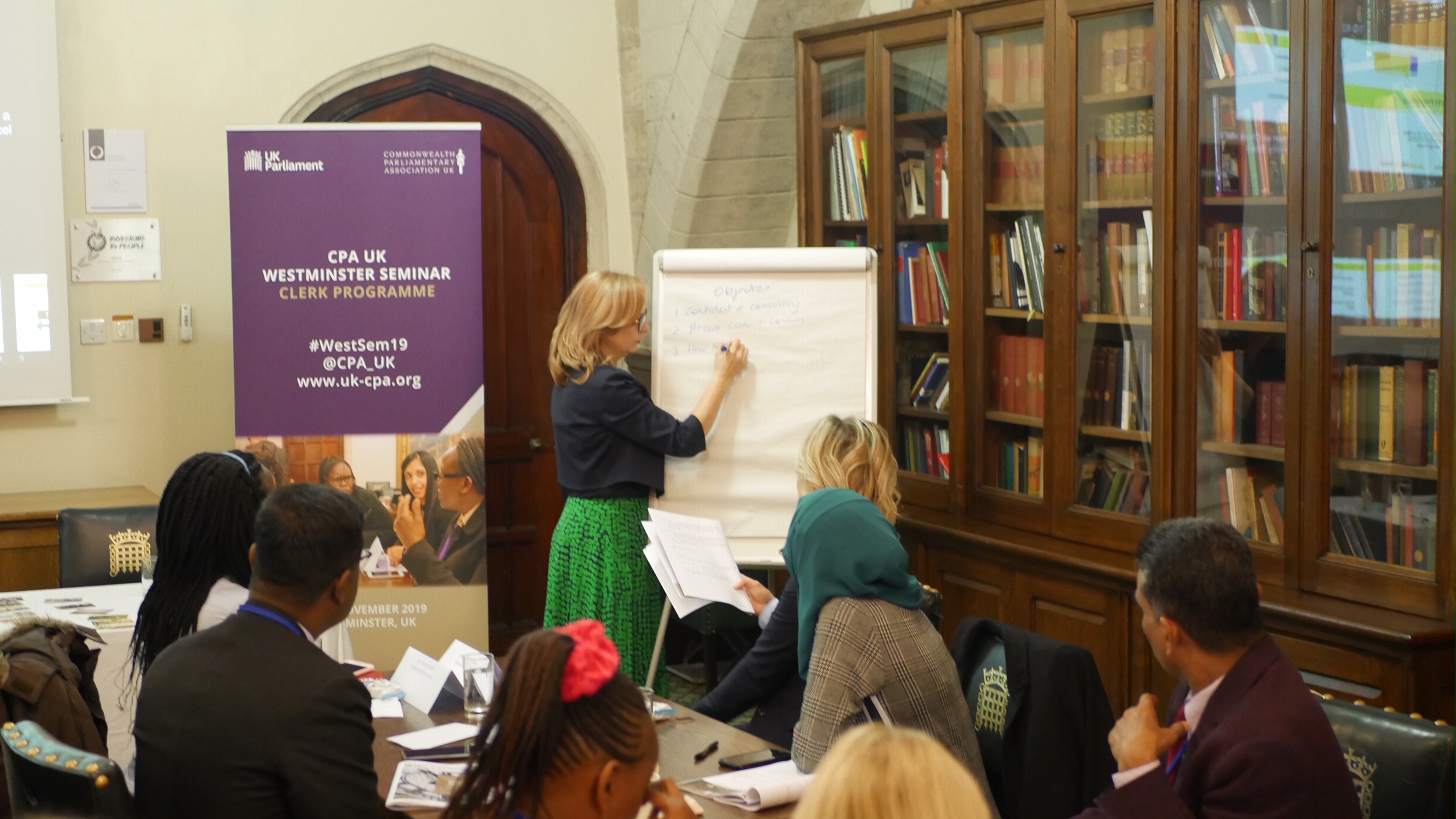 Clerks participating in a session on effective communication