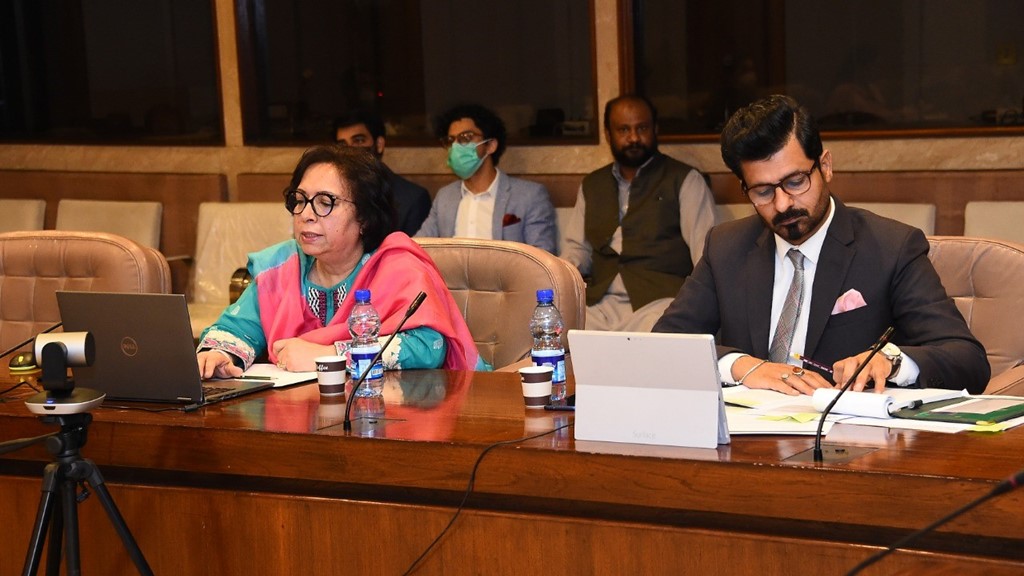 In May 2021, CPA UK organised a virtual workshop with Pakistan’s Women’s Parliamentary Caucus for first-term Federal and Provincial women parliamentarians. In this article two participants from the workshop, Hon. Munaza Hassan and Romina Alam MNA, reflect on their experiences, and share thoughts on the importance of collaborating internationally to strengthen parliamentary processes and work towards inclusive, representative democracy.

A summary of the impact and lessons learnt from the virtual workshop can be found here.

The Parliament of Pakistan believes in the promise of multilateralism. States can achieve more together as they cooperate to create space for each other to improve and learn from experiences. It was with the same spirit and our desire for enhancing parliamentary practices on gender scrutiny tools in legislatures of Pakistan, that a workshop was held in partnership with Commonwealth Parliamentary Association (CPA) UK between 25 – 27 May 2021.

Women’s Parliamentary Caucus is a cross party forum to ensure continuous and sustainable parliamentary discourse on gender-related issues. The Caucus provides a forum for all women to join hands and rise above party-lines to represent, legislate and oversee challenges to women political, economic, social and cultural participation. In this regard, I believe that learning and skills development of legislators must be a continuous process. As a key outcome of our study visit to Westminster in January last year, I am pleased that we have been able to build and follow up on our learnings on gender and improving parliamentary processes since then. It is key to understand the critical role of bilateral ties to strengthen bonds through human networks for improvement in law-making and oversight for the betterment of our peoples.

In the course of our deliberations on forging relationships with governments and following up on recommendations, we were able to unpack multiple means and tools of effective oversight to hold governments and departments accountable. We also shed light on the important role that civil society and media play in providing an evidence-base and data for policy-making in a parliamentary committee.

This workshop engagement also established that by working jointly and cohesively for strengthening parliamentary processes, we could ensure an inclusive and participatory democracy. Networks such as ours can be used for not only sharing good practices among legislatures but as baseline instruments for state to state cooperation

As we shared regional experiences and learned from each other, the engagement has opened a new chapter in our relations. This momentum of parliamentary exchanges must be kept up to provide much needed impetus of political level interaction between our countries.