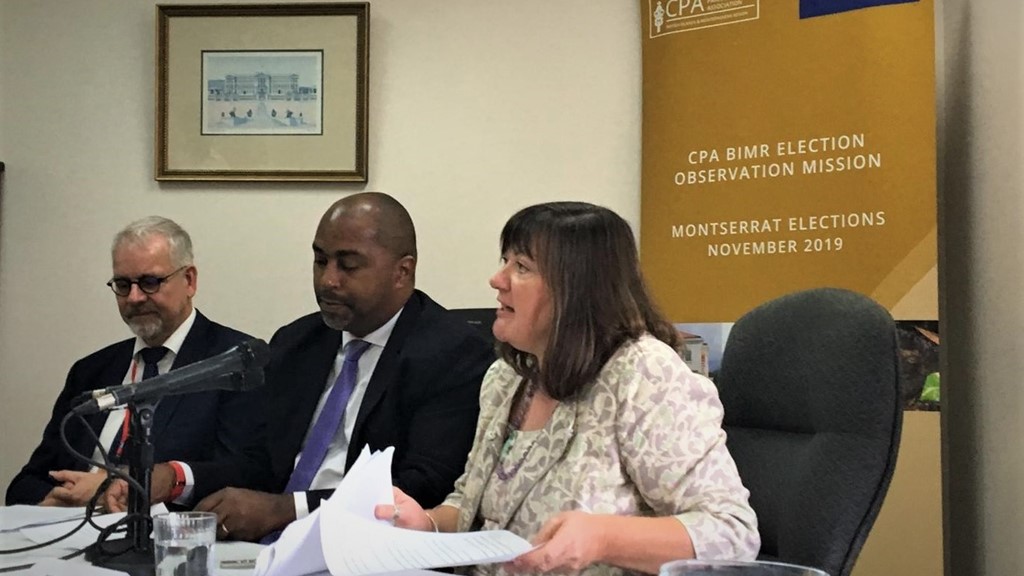 At the invitation of the Governor of Montserrat, an international Mission has arrived in Montserrat to observe the 18 November 2019 Montserrat General Election.

The Mission is led by Hon Julian Robinson MP from Jamaica and has been organised by the Commonwealth Parliamentary Association British Islands and Mediterranean Region (CPA BIMR). The Mission also consists of: Mariam El-Azm (France), Harald Jepsen (Denmark), Anne Marlborough (Ireland), Felicity Newall (UK) and short term observers Aurjul Wilson (Anguilla) and Martyn Perkins (Isle of Man). Ahead of election day, observers will attend campaign events, meet key stakeholders including electoral officials, candidates, and members of the public to gain a better understanding of the electoral process and political context of the election.

About the Mission, Hon Julian Robinson says: ‘We will be observing the process of polling and counting on election day. We will undertake our mandate in an impartial and professional manner. Our findings will be made public for the people of Montserrat to take forward’.

The election will be observed against international standards and domestic laws. Initial findings will be published following election day at a press statement at 0900 on Wednesday 20th November (location to be confirmed). The final report including recommendations will be published two months later.

For further information and to get in touch with the Mission, please contact us at montserratelectionobservers@gmail.com or tweet @CPA _BIMR and #MontserratEOM